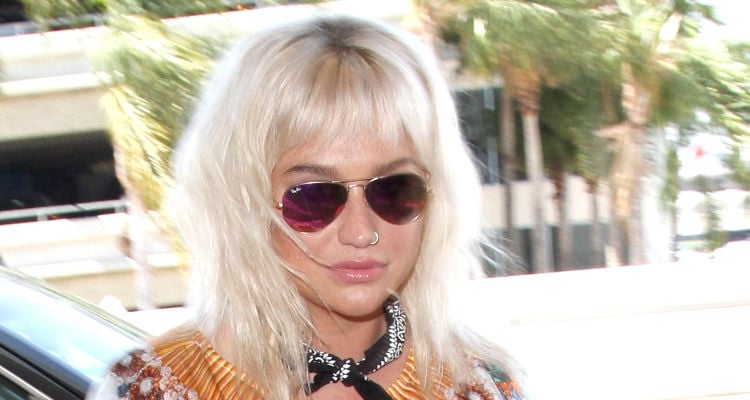 Singer Kesha, who has been making headlines for all the wrong reasons over the past year, finally seems to have some good news. She has decided to drop the lawsuit she filed against label and music producer, Dr. Luke, whose real name is Lukasz Gottwald. For all of Kesha’s fans eagerly Googling terms like, “Why did Kesha drop the lawsuit?,” and “Kesha Dr. Luke controversy,” we’ll tell you everything you want to know about your favorite pop star right here.

Why did Kesha Drop the Lawsuit?

In the latest news, Kesha has dropped one of her charges against Dr. Luke. For all the outraged fans asking why Kesha dropped the lawsuit, she did so in an attempt to revive her stalled music career. Kesha’s attorney released a statement that she has dropped her civil lawsuit in California, but will continue her appeals in New York. Her earlier claims of sexual assault and battery, sexual harassment, gender violence, emotional abuse and violation of California business practices against Dr. Luke, were dismissed by New York Judge Shirley Kornreich in April. Celebrities like Taylor Swift and Adele, have publicly come out to support Kesha in her legal battles.

What are Kesha’s Plans for the Future?

Allegedly, the 29-year-old singer wants to fulfill the terms of her contract with Kemosabe Records and Sony Music Entertainment. Kemosabe Records is jointly owned by Sony and Dr. Luke. Kesha has given 28 new songs to the company, hoping to release a new album shortly. She released a statement to the media, “Thank you for all your support. The support of my fans has been so beautiful, and I’m so grateful for it. I’m not sure where I would be without you all.”

On his part, Dr. Luke denied all the horrific allegations, and filed a countersuit for defamation claiming that Kesha wants to ruin his reputation and get out of her recording contract. His lawyer Christine Lepera has stated that Kesha dropped the charges since she has “no chance of winning” in California.

Kesha’s lawyer, Daniel Petrocelli revealed that they filed the dismissal so that Kesha can “focus her legal efforts in New York.” Dr. Luke was never charged with any crime due to lack of evidence. His lawyers stated that he never drugged or raped her as she claimed. 42-year-old Dr. Luke has produced some of the biggest hits of the decade and has worked with stars like Maroon 5, One Direction, Nicki Minaj, Lady Gaga, Miley Cyrus, Katy Perry and Kelly Clarkson.

My fight continues. I need to get my music out. I have so much to say. This lawsuit is so heavy on my once free spirit, and I can only pray to one day feel that happiness again. I am continuing to fight for my rights in New York. Thank you for all your support. The support of my fans has been so beautiful and I’m so grateful for it. I’m Not sure where I would be without you all.

What is Kesha’s Current Situation?

Kesha is currently appealing against two rulings in New York that prevented her from breaking her contract with her mentor in the highly-publicized legal dispute. She filed the lawsuit in October 2014, after which her flourishing career came to an absolute standstill. Kesha’s former lawyer said she was too afraid to speak up against the producer, who is extremely well-known in the music industry.

The last time Kesha performed in public was at the Billboard Music Awards in May, where she sang Bob Dylan’s “It Ain’t Me, Babe.” Dr. Luke’s label withdrew objections that she would use the platform to attack the producer, allowing her to take the stage.

My fight continues. I need to get my music out. I am continuing to fight for my rights in New York.  Thank you  for all your support.