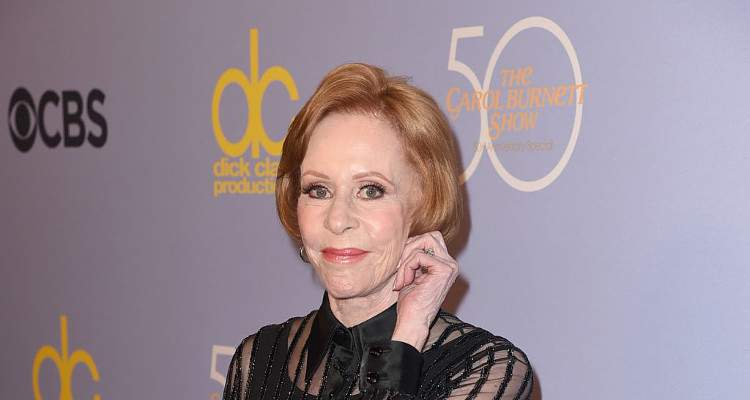 People have always wondered why Carol Burnett used to pull her left ear at the end of every episode of The Carol Burnett Show all those years ago. Burnett did it for her grandmother who had raised her. She did it to tell her that she was well and that she loved her, and kept doing it even after her grandmother died. Burnett’s grandmother retained her sense of humor, even on her deathbed, and always inspired Burnett.

In 1967, the CBS network offered Carol Burnett the chance to perform in a weekly comedy series titled Here’s Agnes. However, Burnett had a legal stipulation in her 10-year contract with the network that she could work on 30 one-hour episodes of a music/comedy variety show of her own. She took advantage of the stipulation, and this was how the hour-long The Carol Burnett Show was born.

The Carol Burnett Show debuted in September 1967 and went on to be a spectacular success. It was a true variety show, one of the first featuring a woman, and it struck a chord with the viewers. It parodied films, television shows, and commercials, and included musical numbers, as well.

Beginning in 1977, the comedy sketches from "The Carol Burnett Show" were edited into popular half-hour episodes…

What’s with the Tug?

Carol Burnett used to begin most shows with an impromptu question-and-answer session with the audience, which used to last for a few minutes. During this time, Burnett used to humorously ad lib and also perform her trademark “Tarzan yell.” And, she used to end each show by tugging at her left ear.

It's almost the weekend. Celebrate with your best Tarzan yell!

Also Read:  Is Tim Conway Still Alive? Why was the Comedian Absent from “The Carol Burnett 50th Anniversary Special?”

Her Grandmother Was a Live Wire

Today is National Left-Handed Day! Did you ever notice Carol's signature ear-tug was always done with her left hand? Who else out there is a lefty like Carol?

Posted by The Carol Burnett Show (OFFICIAL) on Wednesday, August 13, 2014

Burnett’s grandmother died while the show was still running on TV. During an episode of Intimate Portrait, Burnett broke down into tears and recalled her grandmother’s last moments.

Burnett said, “She said to my husband Joe from her hospital bed ‘Joe, you see that spider up there?’ There was no spider, but Joe said he did anyhow. She said ‘Every few minutes a big spider jumps on that little spider, and they go at it like rabbits!!’ And then she died. There’s laughter in everything.”

However, audiences still love the show and remember Carol Burnett tugging at her left ear, thereby making it a trademark of hers.

What are we thankful for today? We're just, "so glad we had this time together." Happy Thanksgiving everyone!

Posted by The Carol Burnett Show (OFFICIAL) on Thursday, November 28, 2013