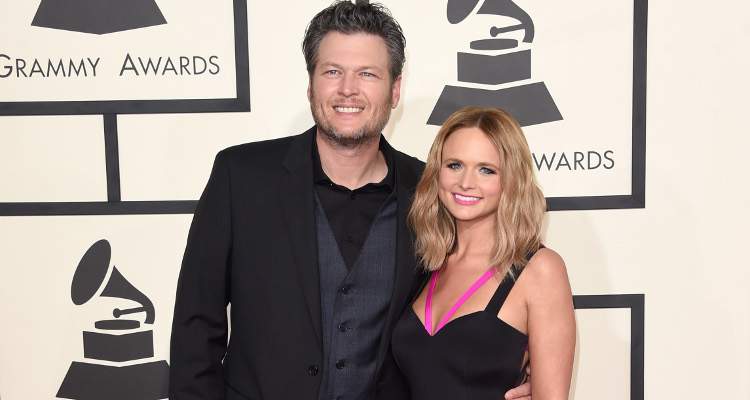 Singer Miranda Lambert performed the song, “Tin Man” at the 51st Country Music Association Awards on Wednesday, November 8. Although Lambert is an amazing singer, she is also famous for her marriage to American country singer and one of The Voice’s judges, Blake Shelton. Shelton and Lambert were happily married to each other but ended up getting a divorce and apparently, it got pretty messy. But, why did Blake and Miranda divorce each other? Keep reading as we have all the information you need, right here.

Singers Miranda Lambert and Blake Shelton are celebrated artists around the world. In fact, Shelton is considered to be a veteran country singer.

Miranda Lambert is no less when it comes to music. The 33-year-old singer has been honored by the Academy of Country Music Awards, Country Music Association Awards, and the Grammy Awards.

It was in 2005, when Shelton met Kerosene singer Miranda Lambert at the CMT’s 100 Greatest Duets Concert. A year later, the couple fell in love with each other and started dating.

Talking about his relationship with Lambert, Shelton said, “It depends on what day you ask. Miranda and I have a very interesting relationship. She can get so mad at me that she just wants to punch me in the face, and we’ll say that’s it. Then, 30 minutes later we’re calling each other and acting like it never happened.”

Shelton added, “I think it’s that we’re both artists, and if I want to see her or she wants to see me, sometimes it just doesn’t work out and it’s frustrating. But I think she’s somebody that I’m going to have in my life a long time. She’s one of those few people you meet and have a connection with and you don’t really fully understand it, but you know it’s a pretty big deal.”

After dating for a while, the couple decided to take their relationship to the next level. So, Shelton asked Lambert to marry him in May 2010. Lambert was so happy about it that she took to Twitter to share the news with her fans.

The country singer also said that Shelton popped the question when the pair was spending time in the woods in Oklahoma. Reportedly, Shelton was a gentleman and called up Lambert’s father to get his blessings before asking his lady love to marry him.

Lambert said, “I was so proud of him, we’ve been together five years, so he knew exactly what I wanted but it’s so much more perfect than I could have picked out myself.”

A year later after their engagement, the couple walked down the aisle on May 14, 2011, at the Don Strange Ranch in Boerne, Texas. Celebrities who attended their wedding included Josh Kelley, Kelly Clarkson, Laura Bell Bundy, Reba McEntire, and Katherine Heigl.

Lambert said about their marriage, “I’m just excited to be married because I want to tell Blake I really can love him the rest of my life and be happy and make him happy.”

Why Did Blake and Miranda Get Divorced?

After four years of blissful marriage, in July 2015, Shelton and Lambert announced their decision to divorce one another.

The couple released a joint statement that read, “This is not the future we envisioned and it is with heavy heart that we move forward separately. We are real people, with real lives, with real family, friends and colleagues. Therefore, we kindly ask for privacy and compassion concerning this very personal matter.”

Their divorce was finalized on the same day.

Who Is Miranda Lambert Dating Now?

Post their divorce in December 2015, it was reported that Lambert was in a relationship with singer, Anderson East. The pair met each other at Nashville’s Live on the Green Music Festival in September. In fact, her beau joined her for the 2017 CMA Awards on Wednesday.