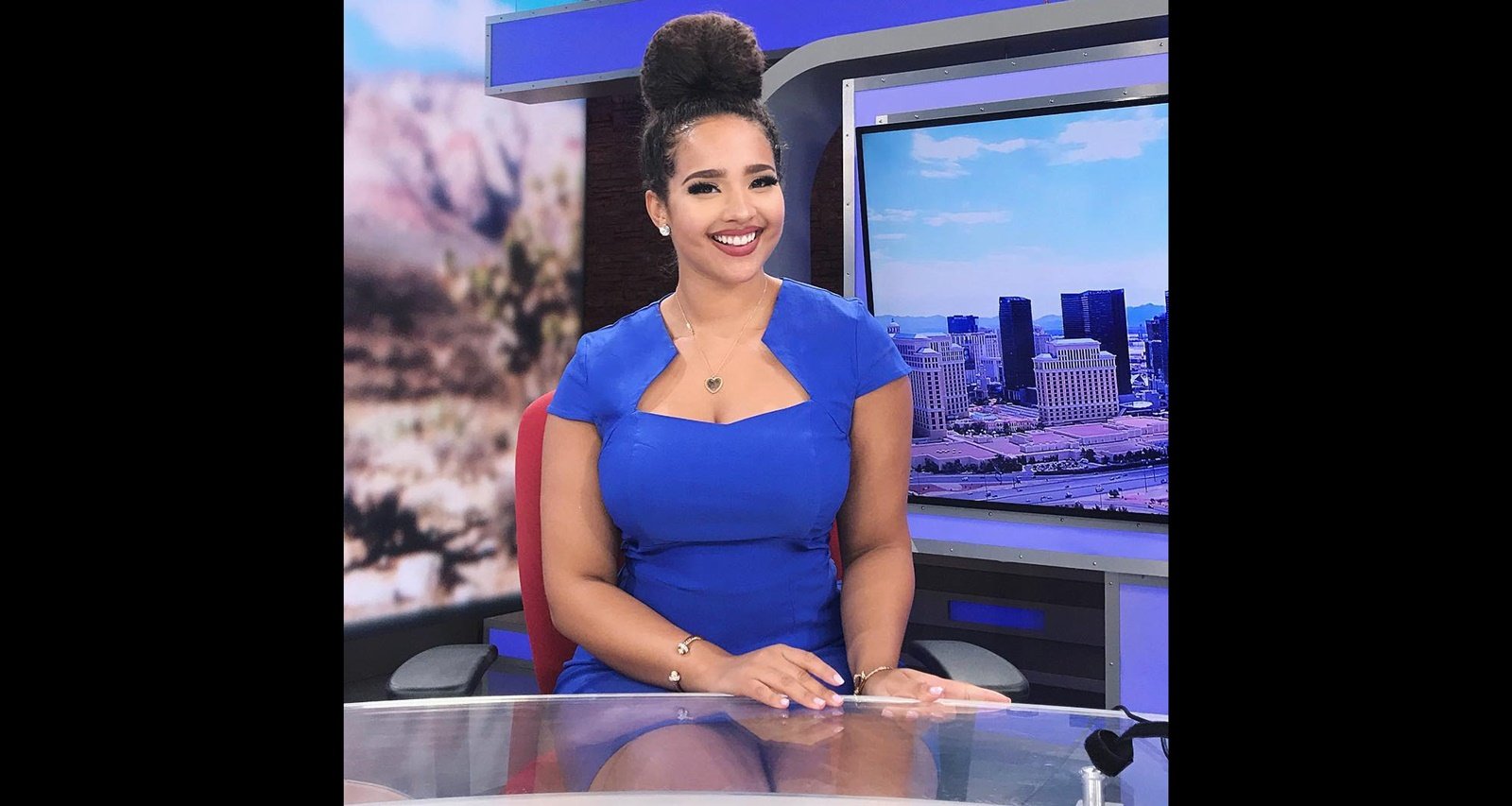 The Dallas, Texas ABC affiliate WFAA bid farewell to its traffic reporter, Demetria Obilor, on October 15. The spunky reporter joined the morning show, Daybreak, two years ago and made a splash immediately when taking up the issue of body shaming. Loyal Daybreak viewers are sad to see her go. But Obilor hasn’t specified her future plans yet and many are speculating on the reasons for her departure. It’s even rumored that a feud among Daybreak anchors could be to blame.

Demetria Obilor (born 1991) began her television career while she was a student at the University of Kansas. She was a production tech in an NBC affiliate news station in Kansas City back then.

When her family moved to Las Vegas, Obilor found her first post-grad job at KLAS-TV. She was a morning traffic anchor at the CBS affiliate and also built a following on social media with her vivacious charm.

In late 2017, Obilor moved to Dallas, joining WFAA’s Daybreak as a traffic anchor. As soon as she arrived, her bold style attracted eyeballs.

A distasteful comment on her curves prompted Obilor to respond. And she shut down the body-shaming in a dignified manner that went viral on the Internet.

In an Instagram post, Obilor said: “A quick word to those people: This is the way that I’m built, this is the way that I was born, so if you don’t like it, you have your options. Now to the people who showed love: I love you right back. When you look a little different, people think it’s okay to talk to you a little different—and I’m on TV, I can’t clap back how I wanna clap back all the time, so I’m always taken aback and forever grateful for everybody, people I don’t even know, who come to my defense, stand next to me and say, ‘You know what Demetria, you don’t have to put up with this,’ and I love you for that.”

Celebrities and viewers alike had defended and praised Demetria for her response. She would further use the opportunity to discuss the issue of discrimination based on appearances and race.

On another occasion, Obilor had shared a mean comment on her curls. The daughter of a Nigerian man and white woman, Obilor has worn her natural hair on the show with panache.

Obilor Confirmed Her Departure from WFAA

In August, a local Dallas reporter, Ed Bark, shared a memo from WFAA manager Carolyn Mungo revealing that Obilor would be leaving the station at the end of her contract.

Traffic anchor Demetria Obilor will be leaving #Daybreak this fall. We give you the cover story from DFW's WFAA-TV (obtained from a management memo to staffers) while also getting at what's likely much closer to the real story. https://t.co/fk8cKmQOlB

The memo read that Obilor “decided to step away from the traffic desk and not renew her contract at WFAA. As we all know, Demetria took this town by storm almost immediately after her arrival. Her authenticity during a video response to viewer body shaming went viral. It solidified the fact that Demetria is her own person! And people watched.”

Without confirmation from WFAA and Obilor, Daybreak viewers began questioning if this was true. After a speculation-filled August passed, Obilor finally confirmed the news herself.

In a video posted on her social media profiles, she says that she is indeed leaving WFAA and her last day on Daybreak “is going to be October 15.”

Don’t Miss: Why Did Bianna Golodryga Leave “CBS This Morning”?

On her final day, Daybreak played a montage of Obilor’s most memorable moments on the show. She also used the opportunity to thank all her colleagues and the audience.

Why Did Demetria Leave Daybreak?

In her first video, Obilor said she was leaving Daybreak to pursue “other opportunities.” Mungo’s memo also seemed to confirm that.

“We all know traffic is rarely a life-long career! She says it’s time to explore. We wish her the best and will be cheering her on,” the memo read.

During her final Daybreak appearance, Demetria revealed that her immediate plans are to return to Vegas and spend time with her family. Meanwhile, she will also look for her next opportunity.

While it may seem there’s nothing negative about Obilor’s departure, social media users can’t help but speculate why she’s leaving. Considering she hasn’t revealed which station she will be joining now that her contract at WFAA has ended, her fans wonder if her departure was hastened.

The rumors stem from an incident that occurred in August, a few weeks before the rumors of her departure began. It unfolded in a video posted to Twitter by Daybreak co-anchor Marc Istook, which featured Istook offering advice to fellow anchor Hannah VanHuss Davis on how to cook a steak.

Obilor was visible in the background, looking seemingly bored and disinterested. The online commentary was swift, with many calling her out for her seemingly disrespectful behavior.

Istook and Davis, however, came to her defense, saying that the video was taken during a commercial break and Obilor was preparing for her own segment. Nonetheless, rumors of a feud between Obilor and her colleagues circulated, with unfounded talk that it led to her firing.

However, the supposed feud seems imaginary and the decision not to renew her contract appears to be a career move on Obilor’s part. For now, we can anticipate Demetria Obilor’s new assignment.