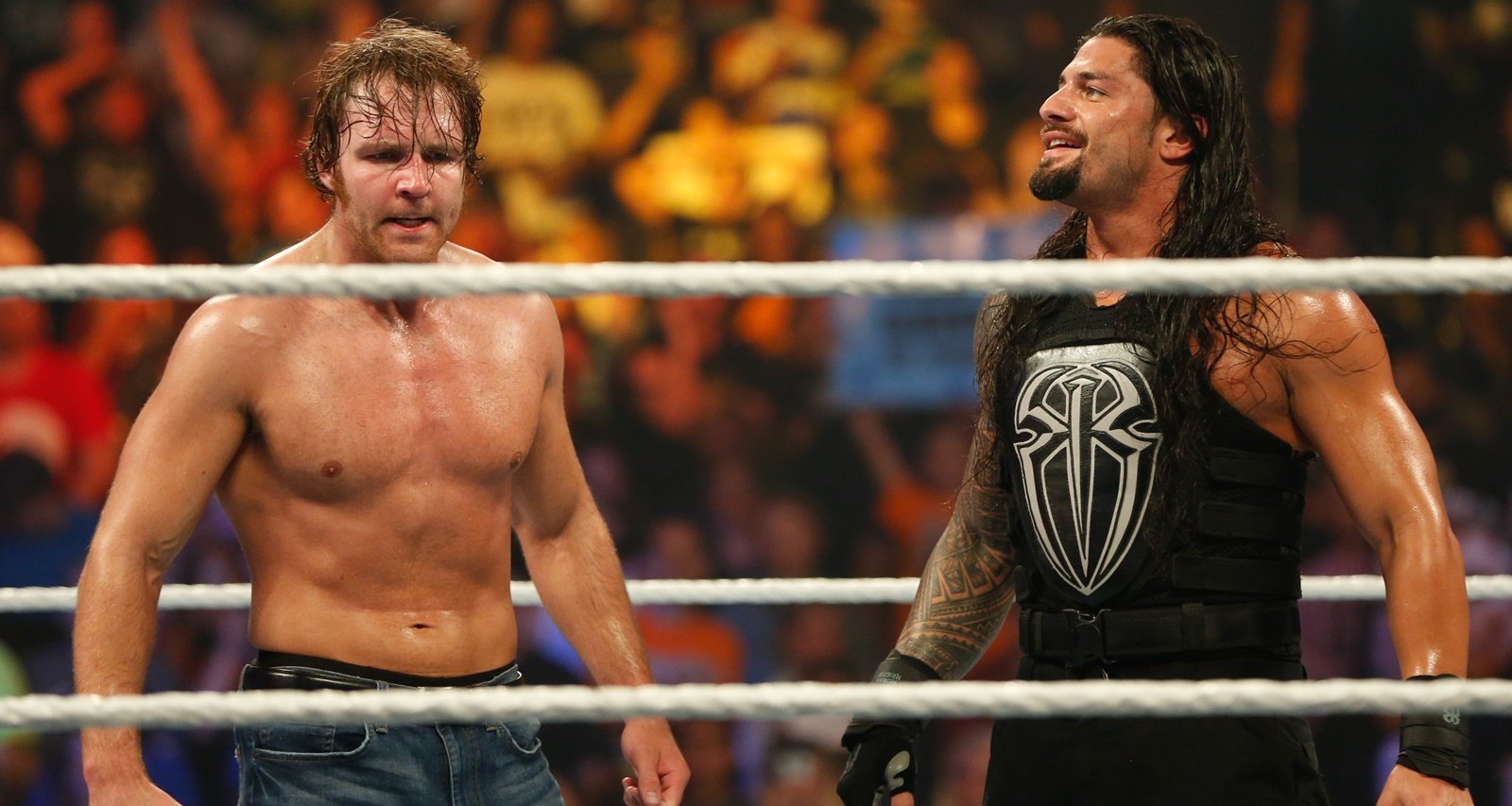 Dean Ambrose and Roman Reigns from The Shield celebrate their victory at the WWE SummerSlam 2015 at Barclays Center of Brooklyn on August 23, 2015 in New York City. (Photo by JP Yim/Getty Images)

It’s the end of an era for fans of The Shield in WWE. The epic tag team trio consisting of Dean Ambrose, Roman Reigns, and Seth Rollins has been through its ups and downs, breakups, and reunions. But this might be it for The Shield. The Shield’s Final Chapter marked the final match for Dean Ambrose in WWE. Where is the legendary wrestler going after bidding adieu to WWE? Here’s everything you need to know about Dean Ambrose’s departure.

The Shield had been going through a contentious period since Roman Reigns went on a hiatus in 2018 to battle leukemia. While Reigns was away, Dean Ambrose and Seth Rollins had several bouts where Ambrose turned heel and lost several times.

Things improved when Reigns returned and there were hints of a Shield reunion. However, shortly after Ambrose lost a RAW rematch against Rollins on January 28, 2019, WWE announced that Ambrose is due to leave the wrestling organization soon.

WWE’s statement revealed that Ambrose’s contract expired in April 2019. The promotion reportedly offered him a new contract with a pay raise, but Ambrose, per reports, refused to renew his contract.

While it wasn’t revealed why Ambrose decided against renewing his contract, it was speculated that he was frustrated by the creative direction of his character. A couple of matches following that announcement were billed as his last WWE match, but they never materialized.

Many wondered how WWE would send off Ambrose. Some feared he’d be written off in a storyline earlier than scheduled, while others waited until April, hoping he’d change his mind about his contract.

The Shield reunited in April and Ambrose’s final contractual match was billed as the WWE event, The Shield’s Final Chapter. Ambrose, Rollins, and Reigns won a six-man tag team match against Baron Corbin, Bobby Lashley, and Drew McIntyre that aired on April 21, 2019.

So far, everyone’s reactions indicate that Ambrose is leaving WWE for real. However, there are also those who believe this is just one big kayfabe storyline and the popular wrestler will return.

Where Is Dean Ambrose Going after Leaving WWE?

For those who are sure that this is the end of Dean Ambrose’s WWE chapter, there’s the obvious question of what’s next for him. But Ambrose is tight-lipped about the matter.

In their last interview as The Shield before Final Chapter, the interviewer was about to ask where Ambrose is heading to after leaving WWE. But the wrestling star cut right in, saying, “Let me stop you right there, because I already know what your final question is gonna be, okay? And I don’t appreciate people putting words in my mouth, and I don’t appreciate people trying to tell the story of my life to fit their narrative, okay?”

He went on to add, “Eight years ago, I walked into this casino. And now I’m cashing in my chips, and I’m walking away from the table. I won the game. And what I do with the rest of my life from here on out, is my business. I answer to no one. This time, the million-dollar man didn’t get what he wanted. Cause I can’t be bought.”

Though Ambrose won’t spell it out yet, his fans can’t help but speculate. It’s rumored that other companies are looking forward to adding Dean Ambrose to their roster. Speculation is rife that WWE’s rival, AEW, is looking to snag him as soon as his contract expires.

There’s no talk about retirement, though. So we can rule that out for now.

Though it looks like a clean exit for Dean Ambrose, there’s anticipation that he might return to WWE after some time off. After all, WWE has kept the doors open for Ambrose to return anytime.