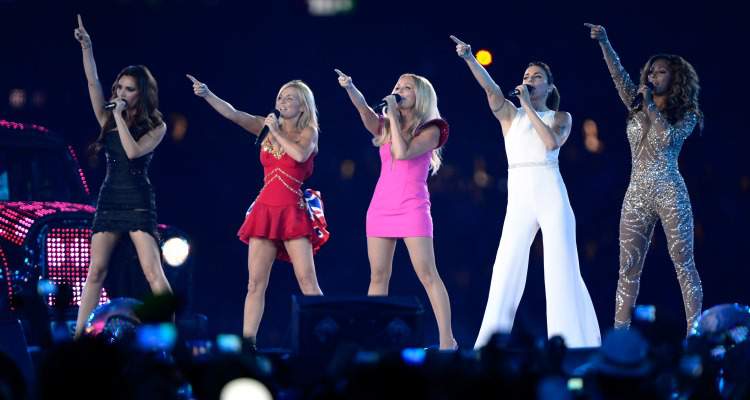 Band or DJ? Once the big question has been asked, the next big question is all about how the day will pan out, including whether or not the bride and groom want live music or a DJ. It’s no different for the Royal couple next in line to walk down the aisle! With some performers already being buzzed about to perform on the big day, fans are already scrambling to find the confirmed list of artists! Who’s going to sing at the royal wedding? Read on to find out!

Spicing Up the Reception

It looks like fans are getting that Spice Girls reunion after all, now that it’s been confirmed that the famous five will, in fact, be performing! Mel B. (aka Scary Spice) was hesitant to announce on daytime talk show, The Real, when asked by host Loni Love, if she and her former bandmates were invited to the wedding.

“I’m going to go. I’m going to be fired,” said Mel B., after realizing she said too much! The hosts were screaming at the good news, and as many remember, Victoria Beckham previously attended Prince William’s wedding to Kate Middleton, back in 2011. However, fans were unsure if the girls were ever going to perform together again, especially since they’ve all been so tight-lipped about a reunion tour! (Looks like a Royal wedding performance trumps all!)

It Wouldn’t Be a “Perfect” Night Without Ed Sheeran!

The wedding is on May 19 and Prince Harry has already admitted that the guest list hasn’t been finalized. This also includes any other performers, which of course only fuels the rumor mill! British singer Ed Sheeran has also been rumored to have received an invitation but he’s already admitted that he’s not as close to the royal family as many would believe.

“I get asked this all the time like I know the royal family. I’ve met Harry once!” Sheeran confessed recently. “[And] that was in 2011 at his grans’ Jubilee, and it was like, ‘Hey.’ ‘Hey’… I barely know him!”

Fans went wild when it was announced on several entertainment sites that Ed Sheeran had been asked to perform for Prince Harry and Meghan Markle’s big night. However, as of last week, Ed Sheeran himself shot down the rumors and set the record straight.

“They [journalists] said ‘If you were asked, would you say yes?’ And I was like ‘Of course!’… And everyone’s like ‘Oh, he’s playing it,’ but no-one’s actually looked at my tour dates – I’m in Ireland, I can’t do it,” Sheeran revealed.

He then quickly added that he hadn’t actually been asked, either! (See how the media loves to spin things?)

Rumored performers have also included Adele and Ellie Goulding but of course, there have been no confirmations from either of their camps.

According to The Sun, there have been hints dropped that the Foo Fighters and Elton John, who was a good friend of Prince Harry’s late mother, might also be free to lend their vocals.

Either way, speculation will continue until a confirmed list of performers and attendees is revealed. Until then, we can also pray that Sam Smith gets an invite to serenade the two royal love birds with his soulful and romantic voice, can’t we?