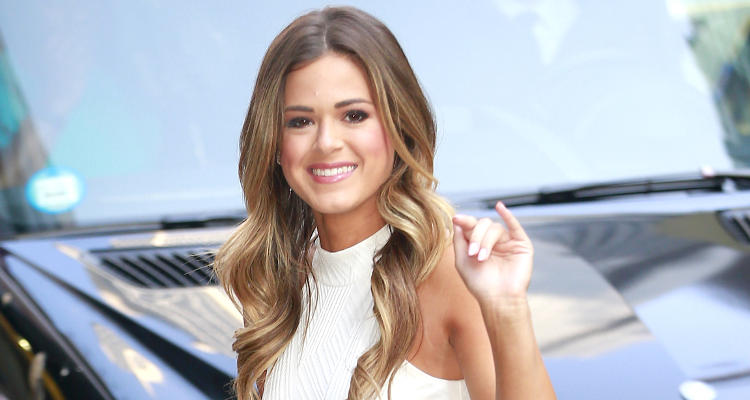 Fans of the hit reality TV show, The Bachelorette, can breathe a sigh of relief; at last, this season’s beautiful bachelorette, JoJo Fletcher has finally made her decision! While we sympathize with the 25-year-old real-estate developer’s tough decision, we can’t help but wish we were in her place! After all, having to choose between two handsome men is no easy feat. For all the die-hard fans of The Bachelorette who are Googling terms like, “who wins The Bachelorette,” “The Bachelorette finale,” and “Robby from The Bachelorette,” stay right where you are, because we’ll tell you everything you need to know about who won The Bachelorette 2016.

Who Won The Bachelorette: Did JoJo Pick Jordan or Robby?

We won’t keep you in the dark any longer. The winner of The Bachelorette 2016 is… Jordan Rodgers! The former professional footballer had been a front-runner from the very beginning of the season, appealing to audiences as well as JoJo with his charm, his good looks, and his easy-going personality.

In a pleasant surprise, The Bachelor star Ben Higgins and Lauren Bushnell were in the audience on the night of the finale. The season 20 star gave his blessings to the happy couple and asked them to “stay strong.” He also gave JoJo and Jordan a little spark of hope when he stated that negative rumors surrounding their relationship would die down in a few months. Isn’t that sweet of him?

On Jordan and JoJo’s final encounter at the beach, the pro footballer got down on one knee and proposed to his lady love saying, “I love you so much. I love you so much. I fell in love first with just us, just the person I could be right away with you. How comfortable and confident, and how you challenged me and continued to challenge me to be the best version of myself. And I love that. You made me believe that love doesn’t need to have a script. There’s not one way to draw it up. Those moments like this, where I’m holding your hand, and I’m looking into your eyes, I know I’m so unbelievably in love with you. You’re my best friend; you’re my soul mate. I’m gonna keep you safe, I’m gonna protect you, I’m gonna wake up every morning and choose you, over and over and over again until you tell me I can’t.” Awww!

Finally, Jordan popped the question all of America had been waiting to hear, “It’s real. It’s been real. I love you so much I want to spend the rest of my life with you. Joelle Anna Fletcher, will you marry me?”

What’s Next for the Happy Couple?

After JoJo broke Robby’s heart and accepted Jordan’s proposal for marriage, she opened up about how her relationship has been met with criticism and cynicism. The rumors that Jordan came on the show to gain fame have not yet died down and it’s been really hard on the two of them. JoJo revealed that she couldn’t be open about their relationship until the episode aired, and she had to listen to people telling her that her now-fiance didn’t really love her and that he was just doing it for money. She confessed that she cried herself to sleep many nights.

However, things seem to be looking up as the newly engaged couple is enjoying their time together, especially now that they can stop hiding! They are throwing around wedding dates and plan to get hitched sometime next year. Jordan revealed that they have a house in Dallas, JoJo’s hometown, where they’re planning to move in together immediately after the show ends. We wish the gorgeous couple all the very best for their future together!