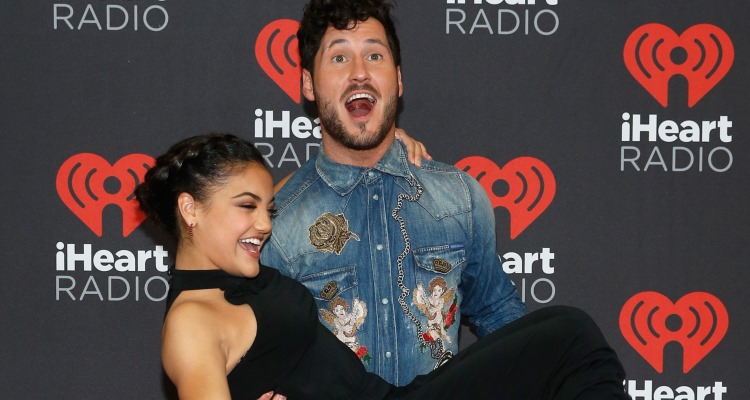 Last week’s semi-final elimination sent Terra Jole and her pro partner, Sasha Farber home, leaving Laurie Hernandez and Val Chmerkovskiy, Calvin Johnson Jr. and Lindsay Arnold, James Hinchcliffe and Sarna Burgess, and Jana Kramer and Gleb Savchenko as the four finalists. Monday night’s (November 21) episode sent another duo home: Kramer and Savchenko. Kramer gracefully thanked the show and her partner for the opportunity, and said that the final three couples deserved their spots. The three couples had less than 24 hours to rehearse and perfect their routines before the dance of their lives, last night (November 22)!

Former NFL star Calvin Johnson Jr., and his professional partner made their way to the final round, despite performing with scores lower than Hernandez and Hinchcliffe. Johnson’s strength shone as he took the judges’ critiques and applied it to his next routine. Using his athletic power, strength, his winning smile, and competitive mindset, he moved up the ranks and proved to the judges that he was in it to win it.

Despite having almost no dancing experience, James Hinchcliffe became the breakout star, improving each week and moving up the leaderboard. He tailgated Hernandez’ scores, only a point or two behind each of her scores. Hinchcliffe has come a long way—the former IndyCar racer recently recovered from a nearly fatal car crash, before joining the Dancing With The Stars contest. It didn’t stop him from training his body to gracefully dance across the stage and wow the judges every week. It’s undeniable he was a good match against the winners.

The 16-year-old Olympic gymnast and America’s sweetheart, Laurie Hernandez, stole the show with her amazing, professional dance partner, Val Chmerkovskiy. The couple proved to be top contenders ever since the beginning of the season. Last week, they performed a flawless Foxtrot, earning them a score of 30/30 from the judges and loud cheers from the audience. Many expected the couple would win and their phenomenal performance on Tuesday night (November 22) made it a reality! Aside from consistently dominating the top of the leaderboard, Hernandez has had four consecutive perfect scores, and a total of five perfect scores! When it came to popularity, Laurie Hernandez and Jana Kramer were pretty much equal. So, with Kramer out of the competition, Hernandez could add the Mirrorball trophy to her collection of Olympic medals. We congratulate the dancing duo on their amazing talent and for bringing us one of the most exciting DWTS seasons yet!