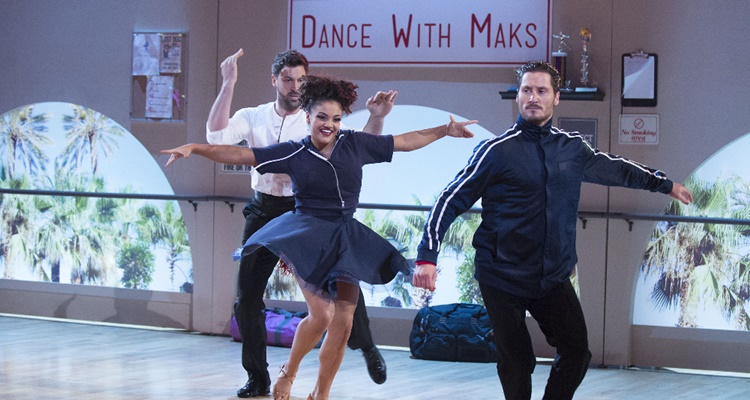 It’s down to the wire! Tonight will mark the first half of the two-night finale of Dancing With the Stars! Fans who have been following this season’s hopefuls are eager to see who will take home the championship title and the coveted Mirror Ball Trophy! We’ve all got our favorites, and now the competition has been narrowed down to four final teams, so get ready for the first of the final two nail-biting episodes!

Which Couple Will Win DWTS Season 23?

It’s anyone’s guess as to who will be awarded the Mirror Ball Trophy during the Dancing With the Stars two-night season finale, but out of the 13 contestants, there are four stars who still have a chance to claim the prized winning title. The DWTS Season 23 cast have worked hard to get where they are now, and it is finally time for the judges and the country to announce a winner.

DWTS has been a source of comfort and strength for the Country Music Award-winning artist. Jana Kramer had been through a lot after her separation from her husband (NFL tight end, Mike Caussin) back in August. The public split was a lot to deal with for Kramer, and she found the peace she needed by joining the show.

Now, Kramer’s partner and friend, Gleb Savchenko, has not only suffered injuries this season, but is now at risk of missing out on the Season 23 finale because of the flu! The One Tree Hill alum, took to Instagram to report the news of her dance partner’s condition. This could certainly be the worst timing for Gleb to get sick, but it looks like the pro dancer may have to miss out on the biggest night of the season!

“He has the flu and has to rest up this weekend so he can hopefully dance on Monday,” a source told People.

The pro dancer also almost missed out on a live performance earlier this month, but he pulled through, despite his knee injury.

“Getting to the final week makes me already feel like a winner,” said Kramer. “But don’t get me wrong, I still want that Mirrorball!”

It’s not sure if Savchenko will be able to perform come Monday and Tuesday night, so it will have to be a game-day decision.

Canadian racecar driver, James Hinchcliffe has been one to watch from the very beginning and it’s no surprise that him and partner Sharna Burgess have made it this far. The judges have been impressed since the beginning and the pair have always performed great dance numbers. The IndyCar driver received a perfect score on Halloween Night (for their Suicide Squad-themed waltz), and was a professional when Jenna Johnson subbed for an injured Sharna.

Former NFL player, Calvin Johnson Jr. has moves both on and off the field and there’s no stopping him now. The former Detroit Lions player, who retired this year, has wowed the judges for weeks and his strength proves as an asset to his dance partner. They earned the highest score on Face-Off Night and have been doing well ever since.

Laurie Hernandez is fresh from her medal wins at the Rio Olympics and might just have another winning title after this week! Hernandez and Chmerkovskiy received perfect scores for their performance of their Halloween Night Charlie and the Chocolate Factory waltz.

So, who do you think will win DWTS Season 23 on Tuesday? Check out the two-night finale beginning tonight at 8:00 p.m. EST followed by the second half on Tuesday night at 9:00 p.m. EST on ABC!