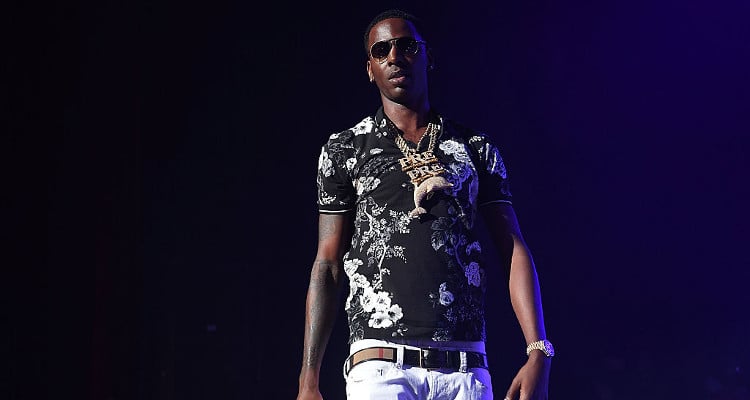 The Los Angeles Police Department is currently trying to find the person who shot Young Dolph. On Tuesday afternoon, Young Dolph was shot in Hollywood outside of the hotel he was staying in. It has now been reported that the LAPD named rapper Yo Gotti as a person of interest. Did Yo Gotti shoot Young Dolph?

After a fight outside of the Loews Hollywood hotel on Tuesday, September 26, Tennessee rapper Young Dolph was shot multiple times and rushed to a hospital. Though he is expected to live, details about the shooting are still unclear. Who shot Young Dolph? With the LAPD naming a rival rapper as a possible suspect, people want to know if Yo Gotti and Young Dolph’s feud had something to do with the shooting.

On September 26, 2017, Adolph Thornton, Jr. who goes by the stage name Young Dolph, was shot several times right outside of his Hollywood hotel. He was reportedly confronted by three men, leading to a physical altercation. According to LAPD Detective Meghan Aguilar, one of the men shot Dolph several times, leaving him critically wounded.

After being shot, the rapper was reportedly able to run into a nearby Shoe Palace on Hollywood Boulevard. Sources claim that two of the men ran off, but the third got into a gold Cadillac Escalade and drove it to a gas station before getting out and leaving it behind. Police did not find weapons inside and do not know who owns the vehicle.

Did Yo Gotti Shot Young Dolph?

According to sources, Yo Gotti has been named a person of interest in Young Dolph’s shooting. The two were reportedly staying at the same hotel, and it is suspected that their crews got into an argument, resulting in the alleged attack and shooting of Young Dolph. Sources further added that witnesses claim Gotti was involved.

One person has been detained and authorities are on the lookout for the other two. Though he’s a person of interest, whether or not Gotti shot Dolph is unknown at this time.

In February 2017, Blac Youngsta, who is signed with Yo Gotti, turned himself in after over 100 bullets were fired at Young Dolph’s SUV while he was in North Carolina. The bullets belonged to several different guns, and Youngsta was only one of multiple people to turn themselves in. Fortunately, Dolph escaped injury, as he had custom bulletproof panels in his SUV.

This past April, Dolph released his album Bulletproof, which referenced the shooting. It peaked at No. 36 on the Billboard 200 albums chart. In May, three people connected to the shooting were arrested.