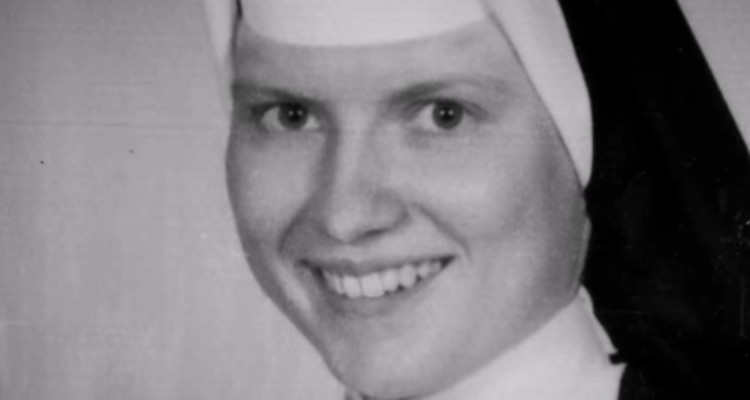 Netflix dropped the first trailer of The Keepers, a new murder mystery, and we just can’t wait for the premiere of the seven-part investigative docu-series directed by Ryan White. The Keepers intends to find out the answer to the long-standing question: who killed Sister Cathy? Before you binge watch Netflix’s The Keepers, here are details from Sister Cathy Cesnik’s wiki to keep you updated.

Sister Catherine (Cathy) Cesnik was born in 1942. She was a 26-year-old nun who taught English and Drama at the all-girls Archbishop Keough High School in Baltimore. On November 7th, 1969, Cesnik disappeared. Her body was later discovered on January 3rd, 1970 near a garbage dump in Lansdowne, Maryland.

The Story So Far

The Keepers‘ Netflix trailer opens with the scene of a “quintessentially Catholic city,” where priests hold the reigns of government. It goes on to reveal the dark unspeakable actions lying underneath the pristine white shrouds of the priesthood. The docu-series will blow viewers’ mind with stories and (new) evidence that will give a new light to the 50-year-old unsolved sister Cathy’s murder mystery.

For almost five decades, the mysterious disappearance of Sister Cathy haunted the people not only living in Baltimore, but around the world. In November 1969, Sister Cathy Cesnik vanished without a trace. Locals —students, parents, and the media— came together and formed a search party to help the local police in the search of Cesnik but, unfortunately, failed.

After two months of investigating, police revealed that Sister Cathy’s dead body was found in a dumpster outside Baltimore city.

The autopsy of Sister Cathy’s body revealed the obvious truth—she was murdered. There were strangulation marks on her neck and a round hole in the back of her head. But why? What could the simple nun have done that costed her life? Was it something about the higher authority that could shake its very foundation and supremacy?

It is believed that Sister Cathy came across some illicit information about what was going on in Seton Keough High School. The official suspect of sister Cathy’s murder was Father Joseph Maskell, who was accused of molesting young girls at the school. There was another man who was an alleged accomplice to Father Maskell in the murder. Under anonymity, this accomplice agreed to help by coming on the show and sharing his side of the story.

In 2015, an article in the Huffington Post reported a story of one of Maskell’s student’s, Jean Wehner, who was apparently taken to the body of Sister Cathy only a week after her death, as a warning of what would happen if she spoke up about Maskell’s crimes.

“See what happens when you say bad things about people,” they allegedly threatened her.

The scandal was well kept under wraps, thanks to the local jurisdiction. It was more than what met the eye, with local business owners and politicians also found as suspects of this ratchet network.

The Keepers will show people who came forward with new information to provide justice to Sister Cathy’s untold sacrifice. “Sister Cathy exemplified this spirit of compassion and kindness…” says one former student, while another vouches that she never had a teacher like Sister Cathy Cesnik before. The love and admiration of her former students and close ones led to the opening of the cold case.

The participants have taken it upon themselves as a mission —driven to find out the truth— to find out who killed sister Cathy. More and more people who seem to know something valuable about the heinous crime are coming forth to share it on the show.

With crime roots deep and pervasive, The Keepers isn’t the murder story of Sister Cathy, but the cover up of what the nun knew. The Keepers premieres on May 19, 2017.

Check out The Keepers‘ Netflix trailer below: