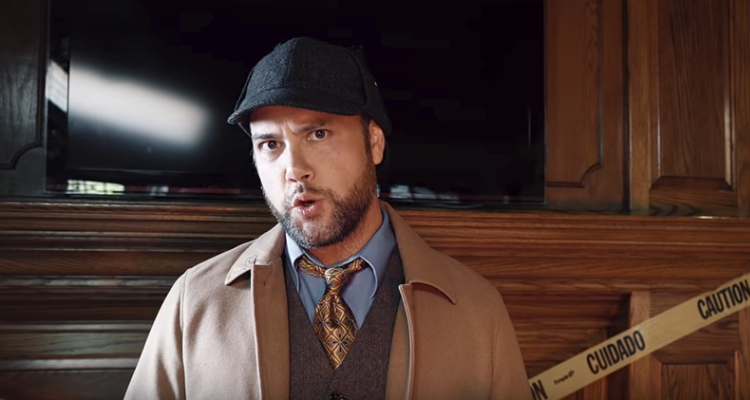 On October 11, 2017, YouTube star Markiplier released a video saying that he was taking a hiatus, even though it might not seem like he did, as content is still being published on his channel. He gave a bit of a tease in that video but not many thought anything of it until a new video arrived with the sinister title, “Who Killed Markiplier?” It’s a strange video but it’s got a lot of people talking. We’re about to take a trip down the rabbit hole of the “Who Killed Markiplier” YouTube video and explain to you exactly what is going on.

Wait… Didn’t He Say He Was On Hiatus?

On September 24, 2017, Markiplier posted a video titled “I Need a Break,” where he expressed a desire to take a break so that he could refocus his energies and make the best videos possible. Unfortunately, many people didn’t actually pay attention to the content of the video where he explained he wouldn’t be putting out any more videos because even after his announcement, a number of videos were released on his channel. This included something her referred to as “the big project,” which would debut on October 13, 2017. Friday the 13th, a time that goes well with horror, murder, and mayhem!

A video titled “Who Killed Markiplier?” was uploaded to his youtube account and it has people very confused. In it, the video follows a mainly first-person view of someone coming to the Markiplier Mansion for a poker game. We are introduced to a number of characters who seem like they are pulled from some sort of weird version of Clue, many of the characters being played by Markiplier himself. After a night of cards and debauchery, the first person view heads downstairs only to find Markiplier dead! A storm is keeping the partygoers in the house as your POV character investigates. Each of the characters is a bit weird. At the end of the video, Markpilier’s body has disappeared and a title card has come up with the website, WhoKilledMarkiplier.com.

Down the Rabbit Hole!

When you head to the website, the first thing you are greeted by is a news video about the murder and the body going missing. Beyond that, the website is closed for the moment. The best guess is that this is the “big project” that Mark has been talking about. As to what it actually revolves around… we’re not entirely sure, and he’s left us minimal clues to go off of. Mark likes to play survivor horror games on his YouTube channel, so it wouldn’t surprise us of this is a YouTube version of the same kind of thing. Like Markiplier’s own twisted YouTube version of “Clue.” The ultimate goal? It’s a fair assumption that part of it involves figuring out who killed Mark but we have the sneaky suspicion by the time everything is said and done, Mark’s body won’t be the only one on the floor! So, we totally expect a bunch of characters to die in interesting and funny ways by the end of this thing, as that’s the type of randomness we have come to expect from Markiplier’s shows.