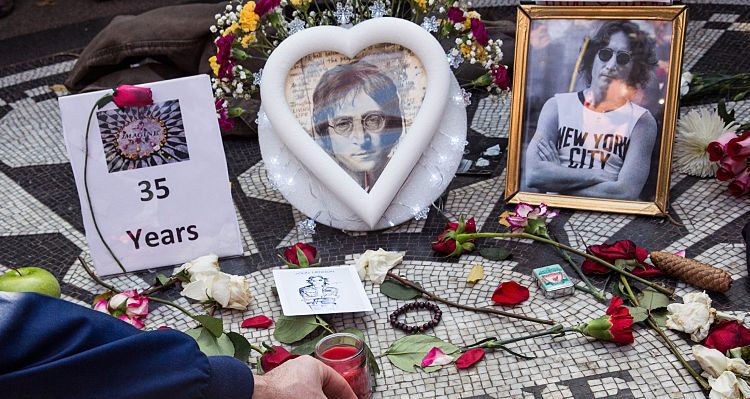 Who killed John Lennon? When did John Lennon get shot? On the anniversary of John Lennon’s death, many are searching for new information that may be associated with the night he was taken from his family and fans. Many people don’t know who he was or The Beatles and are looking for details. If you want to learn more, then you came to the right place.

For those who need a quick history lesson, John Winston Lennon was born on October 9, 1940, in Liverpool, Merseyside, England, during a German air raid in World War II. His father, Alfred Lennon, was a merchant seaman and wasn’t present for son’s birth or much of his life growing up.

Lennon’s parents divorced, and he ended up living with his aunt but saw his mother, Julia Lennon, often. His mother (who was remarried) died in car crash driven by an off-duty cop in July 1958.

John Lennon was one of the most famous musicians of his time and founded The Beatles, who were discovered by the late Brian Epstein, in 1961. They were the most famous band in Britain and are known for popular songs such as “Here Comes the Sun,” “Hey Jude,” and “Penny Lane.”

Lennon’s first wife was Cynthia Powell, and they were married from 1962 to 1968. They divorced and share a son, Julian Lennon, named after his mother.

On March 20, 1969, John Lennon married Japanese avant-garde artist Yoko Ono, whom he met in 1966 at the Indica Gallery and have a son together, Sean Lennon.

Ono is famously known for being the reason behind the rock band breaking up and has often been a pop culture reference because of it. The couple lived in the Upper West Side in New York City, where they could be seen by locals.

What Day Did John Lennon Get Shot?

When did John Lennon die? Lennon died at age 40 on December 8, 1980 at Roosevelt Hospital in New York City.

Who shot John Lennon? He was shot several times by a deranged fan, Mark David Chapman, in front of Lennon’s New York apartment.

On the anniversary of Lennon’s death, his former optometrist, Dr. Gary Tracy recalled meeting the late singer and his wife, who were looking for a neighborhood optometrist.

“He liked glasses,” Dr. Tracy said. “I sold him a lot of pairs. I don’t think three months went by without him coming in for some sort of transaction. He didn’t take much time picking stuff out: ‘I want this, I want that.’”

“He came at closing time on purpose,” Dr. Tracy continued. “We’d lock the door and he and Yoko would enjoy just sitting and relaxing and chatting about local things: what’s going on in the neighborhood, the Japanese market where they liked to shop, Café La Fortuna off of 72nd Street, where they liked to hang out.”

When Dr. Tracy heard of Lennon’s death, it hit close to home after having built a connection with the English singer and patient. Tracy was forced to move to another location due to increasing rent, but Lennon wasn’t able to go there.