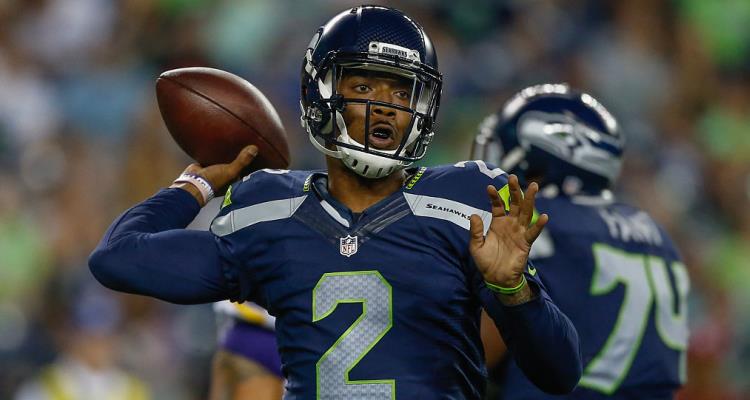 The Seattle Seahawks released their quarterback Trevone Boykin from his contract for the alleged assault against his girlfriend. Who is Trevone Boykin’s girlfriend? That’s what many want to know after she went public with her story.

She normally lives a private life but ever since her TV interview regarding the incident (with her jaw wired shut, no less), she’s now put herself in the spotlight. Get to know her better with our Shabrika Bailey wiki.

Like Boykin, Bailey, age 26, grew up in Mesquite, Texas and they have known each other since they attended West Mesquite High School together. Recently, Bailey told WFAA-TV that Boykin allegedly attacked her and has accused him of domestic violence.

Bailey added that Boykin dragged her to the bathroom to clean off the blood before taking her to a local hospital. After being questioned separately by hospital staff, Bailey revealed what happened to her.

Boykin allegedly fled as the hospital staff were questioning the couple on what happened. Bailey was later airlifted to Parkland Memorial Hospital after being diagnosed with a broken jaw.

While there appears to be no information on her family (other than a brother) and no traces of social media, her pics can be found online and in the video interview she gave to WFAA.

While Boykin denied attacking Bailey, he was released from his contract with the Seattle Seahawks after the news was made public. The Seahawks confirmed his firing via Twitter.  Boykin has denied the allegations in a statement via the NFL Network’s, Ian Rapoport.

“This woman has lied about me and it has cost me my job,” said Boykin. “I know guilt by association is real. This person has fabricated a story and I am suffering the consequences. I will let the legal system run its course and I know I will be vindicated.”

In March 2017, Boykin and Bailey were involved in a car crash. Bailey, who was driving, backed the car into the wall of a Dallas nightclub, with Boykin being the only passenger. Several pedestrians were injured and both Bailey and Boykin were arrested for public intoxication. But Bailey claimed that Boykin choked her unconscious, which made her put the car in reverse.

Boykin’s past has crossed paths with law enforcement before. In 2015, he pleaded no contest, when he reportedly assaulted a patrol officer at a bar and was put on probation and community service. At the time, he was also suspended from the team and last year he was arrested on suspicion of violating his probation.