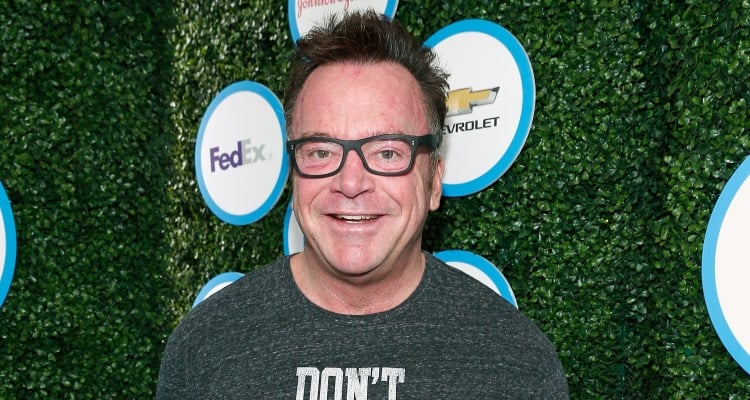 News of Tom Arnold’s Trump tapes are making headlines today, after the actor told the host of The Dori Monson Show, that he has outtakes from The Apprentice showing President-elect Donald Trump using offensive language.

He Claims He Possesses Footage of Trump’s Offensive Comments

LA Times reported Tuesday that Tom Arnold has outtakes from The Apprentice that feature the President-elect of the United States, Donald Trump, “saying every dirty, every offensive, racist thing ever.” He told Dori Monson on the host’s Seattle radio show on December 16 that, “When the people sent it to me, it was funny.” Arnold explained that hundreds saw the footage when it was sent around years ago. The reason for not releasing the tapes at the time was because “he [Trump] wasn’t going to be president of the United States. It was him sitting in that chair using the N-word, using the C-word, calling his son [intellectually disabled].”

On the Sunday before the election, Schwarzenegger’s CAA agent and Hillary Clinton allegedly called Arnold, requesting he release the tapes. Arnold chose not to because apparently the parties originally involved in distributing the footage (two editors and an associate producer) were “scared to death.” The actor told Monson, “They were scared of his people. They’re scared they’ll never work again. There’s a $5.0 million confidentiality agreement.”

Arnold met his first wife, Roseanne Barr in 1983 in Minneapolis. He opened for her stand-up comedy act that day, and in 1988 she brought him onto her sitcom, Roseanne as a writer. They married in 1990, after he became sober from drug and alcohol addiction, and he converted to Judaism around the time he married her. The couple divorced in 1994. He then two consecutive marriages that ended in divorce: Julie Lynn Champnella (1995-1999) and Shelby Roos (2002-2008). In 2009, Arnold married his fourth wife, Ashley Groussman, and they are still married to this day. The couple have two children: Jax Copeland Arnold (born April 6, 2013), and Quinn Sophie Arnold (born December 18, 2015).

Look at these guys. How did I get so lucky? ? @yellowheartphotography @thatleynachick

He Was Raised by His Father

Arnold was born March 6, 1959, in Ottumwa, Iowa to Linda Kay (previously Graham) and Jack Arnold. When his parents divorced, his father raised him. He worked at a meatpacking plant when he was young, and studied business administration and writing at the University of Iowa. When he was 23 he began doing stand-up comedy.

Tom Arnold’s Twitter is full of tweets regarding America’s political situation. He is not afraid of responding to negative comments and speaking his mind. To stay up to date on Arnold, or to read some of his perspectives and comments, you can follow him @TomArnold on Twitter.