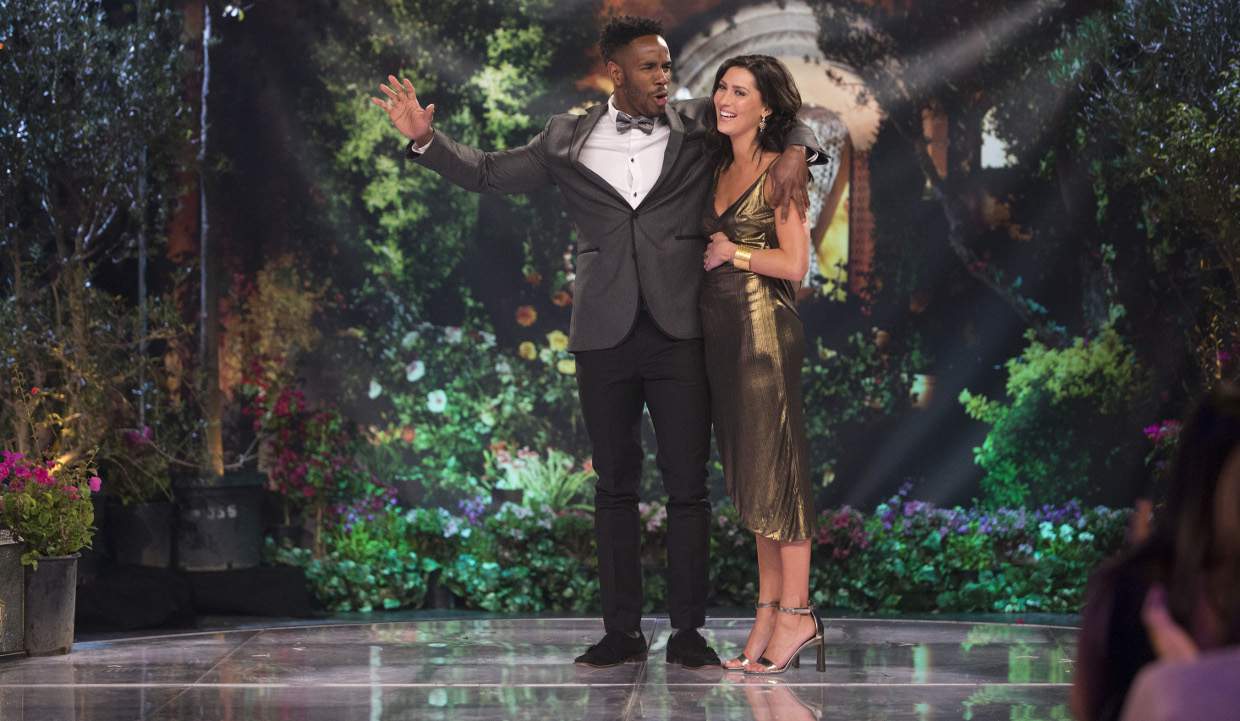 It’s official, Bachelor Nation—we have ourselves a new Bachelorette! Who is the next Bachelorette in 2018? We’ve got The Bachelorette spoilers from last night’s “After the Final Rose” special.

It’s Becca, of course! She will now get another shot at true love in the upcoming season of The Bachelorette after Arie’s shocking betrayal. And this time, she’ll be the one giving out roses!

If you’re wondering what’s the latest in Bachelor Nation news, we’ve got the scoop on The Bachelorette, right here.

Taking Back Her Thunder

In case you missed it, Becca was at the epicenter of the biggest catastrophe to strike Bachelor Nation. Arie dumped Becca on national TV after proposing to her in The Bachelor season 22 finale.

And then last night, Arie proposed to his runner-up, Lauren, in the same breathing space as Becca! The other ladies who had been vying for him earlier can’t even stand to look at him now. So of course, the other contestants and all of Bachelor Nation were ecstatic when Chris Harrison announced Becca Kufrin as the new Bachelorette!

Becca is the picture of perfect class, not harboring any hatred for Arie, either. However, she did specify that she’s looking for “loyalty” in a man. And for her own sake, a man who wouldn’t make a fool out of her on national TV.

“I’m gunna be the best damn Bachelorette I can be.” –@thebkoof Congrats to Becca! Go do the damn thing❤️?#TheBachelor #TheBachelorette

Much like Rachel Lindsay, Becca didn’t get to soak in the excitement of being named the new Bachelorette before she got to meet her contestants. During last night’s “After the Final Rose” special, the gorgeous 27-year-old was introduced to five guys who will be competing for her heart when The Bachelorette season 14 premieres.

The first guy fawning over the Minnesota-based publicist was Lincoln. Bachelor Nation was charmed by the adorable man’s accent and bow tie.

And he echoed the sentiment of a lot of people right now when he said, “I watched what you went through last night and I need to applaud you for how well you handled that. It’s contagious and that energy has inspired me. I cannot speak for everybody, but I can speak for myself, and a few people. Arie is a wanker!”

Wiser words have never been spoken.

The second suitor, Chase, also applauded Becca for her composure. Meanwhile, Darius, the third guy, formally apologized “on behalf of my gender.”

One of the standouts of the night was Brian, who made a grand entrance with a banjo. He took up more airtime than the others with his serenade for Becca. But we love his infectious energy!

If I was Becca I would cancel the show the minute the banjo guy walked out ????#gameover #thebachelorette

The final contestant of the night, Brian, made a grand entrance with a horse and said, “As the saying goes, when you fall off the horse, you’ve got to get back up again. So I’ve brought you this horse, and I want to be the man to help you get back up again.”

We already have high expectations for Brian’s limo arrival!

Blake got me with the horse and making the metaphor literal. I’m rooting for him and the first guy with the accent. Good luck in finding love for real this time Becca! #TheBachelor #TheBachelorette