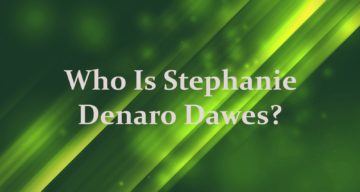 New York and the Internet is face-palming at another “Karen” that has hit the web. Stephanie Denaro, now dubbed the “Bakery Karen,” is the subject of a viral clip posted on March 23, 2021. She is seen calling a New York bakery employee a racial slur when said employee refuses to serve her because Denaro is not wearing a mask. Now social media users want to know more about who Stephanie Denaro is. Questions about who Denaro’s husband is, what her job is, and where her social media profiles are are being searched online. And from what Internet sleuths have found so far, they are not liking Bakery Karen at all. Keep reading to find out more about the controversy surrounding Stephanie Denaro.

Denaro is the mother of three daughters and a son. Her children’s father remains unidentified.

Born and raised in Queens, New York, Denaro attended New York University in 2000. At NYU, she had been an actress.

Denaro is also a poet and writer whose works were featured in campus publications. She authored two books, The Fairest One of All (2013) and American’t Romance (2016), based on her experiences.

Stephanie Denaro was dubbed “Bakery Karen” after a clip emerged online on March 23, 2021 of a woman hurling racial slurs at a Black bakery employee. The woman was not wearing a mask and when the Lower East Side’s Davidovich Bakery’s worker asked her to leave, she became antagonistic. The video taken by a bystander has since gone viral.

Denaro identified herself as the woman in the clip in an interview with the New York Daily News. “I said, ‘You’re a b***h-a** n*****,’ a term they use,” she said, further elaborating on the incident. “All of my children have a Black father. That’s a term I’ve heard them use all my life.”

This isn’t, however, Denaro’s first shocking incident. But it is definitely the first since she went viral.

Denaro previously supported Bernie Sanders for presidency. She has since switched her loyalty to Donald Trump. Her Instagram since then has been rife with unverified claims, flagged and hidden by Instagram.

She has upped the ante in the past year. Denaro has been vehemently protesting against COVID-19 regulations. She is propagating the claim that COVID-19 is a fake construct against the public. She has also taken on her alma mater, NYU, during the pandemic.

She has participated in protests against the mask mandate. She also refuses to wear a mask, and has met with objections on multiple occasions.

Denaro has boarded a bus at least twice without a mask and disgruntled passengers and the bus driver have gotten off the bus. She also apparently had a similar altercation at a Target store.

Denaro is also demanding for schools to reopen. She has posted emails from her children’s school in response to her sending them unattended to school during the pandemic.

She, along with other parents, and an organization called the Children’s Health Defense has sued the New York City government over the closure of schools. Denaro has also addressed an audience regarding these demands.

While Denaro’s posts didn’t garner much attention before, the bakery incident has led to many flocking to her Instagram. They have disparaged her usage of racist language in her posts and expressed concern that her kids are in danger as long as they are with her.

Additionally, Denaro is a plaintiff in another lawsuit from 2016. She sued the Administration for Children’s Services among other defendants for alleged injuries sustained when a social worker and NYPD officers removed her kids from her home.