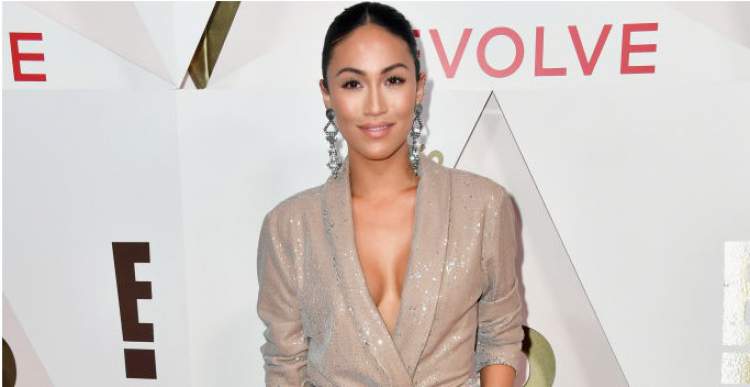 Her full name is Stephanie Shepherd, but everybody calls her ‘Steph Shep,’ and with the news of their recent parting, people are asking questions about Kim Karshashian’s assistant—or former assistant, we should say! That’s right; it has been reported that Kim’s long-time right-hand woman will no longer be at Kim’s beck and call! Who is Steph Shep? Read all about her below!

She’s a glamour queen and she’s been Kim Kardashian’s assistant for longer than we can remember. In fact, Kim Kardashian and Steph Shep are practically inseparable. They always hang out together, and consider one another as as good friends/sisters. They are always together on shoots, at parties, and at fashion shows. People want to know more about Steph Shep and the reason for her departure. Is there any bad blood between the two? Don’t worry, we will tell you all we know about her and her split from Kim K, right here.

Many are curious to know how Steph Shep ended up being Kim Kardashian’s assistant. Sources reveal that Robin Antin, the Pussycat Dolls founder, may have been instrumental in introducing the two women to each other. Since then, they seem to be stuck together like a pair of conjoined twins. Steph Shepherd has been with Kim Kardashian ever since she married rapper, Kanye West and Shepherd herself is a real beauty! When she steps out with the glamorous Kim Kardashian, heads turn and cameras click to catch both of them. People are curious about Steph Shep’s ethnicity, but that one seems to be a mystery, as information on Steph Shep’s background is unavailable.

Shepherd used to be a professional dancer. In fact, she even performed at the Grammys with rapper, Pitbull! She was the one wrapping herself around Pitbull, while he belted out his song! Shepherd has been called a ‘selfie queen’ by people who know her. It seems that she loves taking photographs of herself and posting them on her social media accounts for the world to see. Sound like Kim, much? And it’s not just herself she’s taking photos of; obviously when Kim (the true Selfie Queen) is around, Shepherd is pretty much her unofficial photographer! She takes exclusive photographs of Kim Kardashian at various shoots and events, especially behind the scenes pics!

Shepherd gets to go with Kardashian on her holiday vacations, as well. Both of them always have a great time, but Shepherd actually gets paid to be there! Talk about having your cake and eating it, too! That’s exactly what Shepherd is doing, having landed herself one of the most high profile and glamorous jobs in the world. In fact, the photographs of the two of them on Kim’s vacations seem to be like photos of two close friends. Many don’t even realize that Shepherd actually works for Kardashian! Another thing they have in common is their choice of clothes. They like to wear similar outfits when they go out. Whether it’s swimsuits or formal dresses, they’re often dressed similarly. Just have a look at their pictures on the net!

They even do the same thing. Recently, when they met Sarah Jessica Parker (Kim’s idol) in Los Angeles, Kardashian was thrilled and took a photograph with her! Immediately after that, Shepherd did the same thing! Kardashian seems to have a great fondness for Shepherd, and even though Kardashian has many assistants, Shepherd seems to be her favorite. The two have been through a lot together so fans were shocked to learn that Kim Kardashian let her go.

So, Why Did Kim Let Her Go?

According to reports, Shepherd had transitioned up the ladder within Kim’s company and became the Chief Operating Officer for Kim’s brands in September. This promotion led to her no longer being Kim’s assistant, and it seemed to be a great opportunity for Shepherd to expand her horizon’s under Kim’s lucrative umbrella. However, it was clear after just a few months on the job that Shepherd wasn’t the right fit, and it has been reported that Kim has decided to let her go.

According to sources, there is no bad blood between the two, as both understand “business is business.” In fact, the two remain close friends! Shepherd was just spotted at Kim’s birthday party!