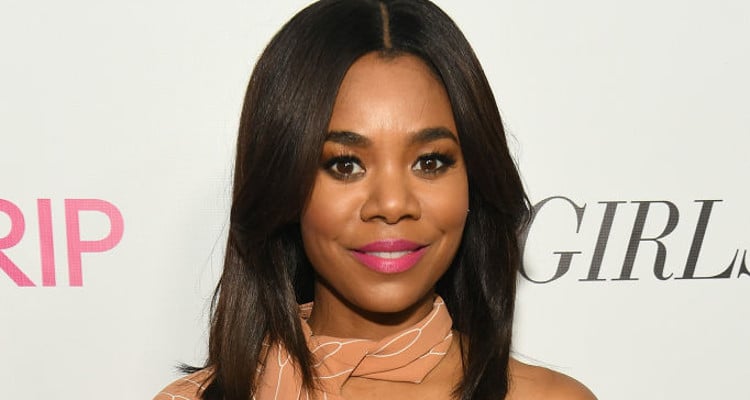 Actress Regina Hall along with Rob Riggle and Ken Jeong are all set to give their opinions and judge talented and unique contestants on The Gong Show. The episode will air on ABC Thursday, July 20, 2017, at 10:00 p.m. If you are wondering who Regina Hall is then take a look at our Regina Hall wiki.

Me and my oldest brother back in the day. Thank you @joshuamhoon for the pic????. #fbf

Born on December 12, 1970, Regina Hall’s age is 46. She was born in Washington D.C. to Odie and Ruby Hall. Her father was an electrician and her mother a teacher. In 1992, Hall graduated from Fordham University, in the Bronx. She has a bachelor’s degree in English. In 1997, Hall received her master’s in journalism from New York University.

She loved being a student and even stated that if she could, she would have gone to school until she was 75. While studying, Hall wanted a career in writing or journalism. However, the untimely death of her father changed her views, resulting in her swtich to acting.

Regina Hall’s Movies and Net Worth

At the age of 26, Hall made an appearance in her first commercial. Throughout her career, she appeared in several films such as Disappearing Acts, Scary Movie, Scary Movie 2, Barbershop 2: Back in Business, Scary Movie 3, Scary Movie 4, Last Holiday, Superhero Movie, Law Abiding Citizen, Think Like a Man, People Places Things, and When the Bough Breaks. Her two upcoming movies for 2017 include Girls Trip and Naked.

Girls Trip is scheduled to be released on July 21, 2017. It is a comedy directed by Malcolm D. Lee, and stars Regina Hall, Jada Pinkett Smith, Queen Latifah, Tiffany Haddish, and Larenz Tate. Naked will be released on August 11, 2017 and is a remake of the 2009 Swedish film Naken.

Besides her film career, Hall also has a notable career in television. She appeared in several TV shows such as Ally McBeal, Law & Order: Los Angeles, Black-ish, and Grandfathered. Regina Hall’s net worth is estimated to be $2.0 million. Most of her wealth is due to her successful acting career.

In 2004, Hall’s mother was diagnosed with Scleroderma. Apart from her busy schedule, Hall takes out time to volunteer for the care of senior citizens. She even raised public awareness of her mother’s disease, “When my mom was diagnosed, I didn’t know much about the condition. But Dana Delany, who is an actress and now a friend of mine, put me in touch with Bob Saget. Bob had made a television movie about scleroderma years ago because his sister had died from it. Anyway, Bob had a group called the Scleroderma Research Foundation, so I donated to that and my mother even went to the doctor Bob had suggested, who happened to be over at Johns Hopkins.”

Not a lot about Regina Hall’s dating life is out in the open. Currently, there are reports that Hall is without a boyfriend. However, when she was 40, she apparently tried to become a nun after a bad break-up. However, the cut-off age was 39. Last year, there were rumors that she was in a relationship with recording artist Common, but the rapper was quick to shut down the speculation, saying that the two are just friends.