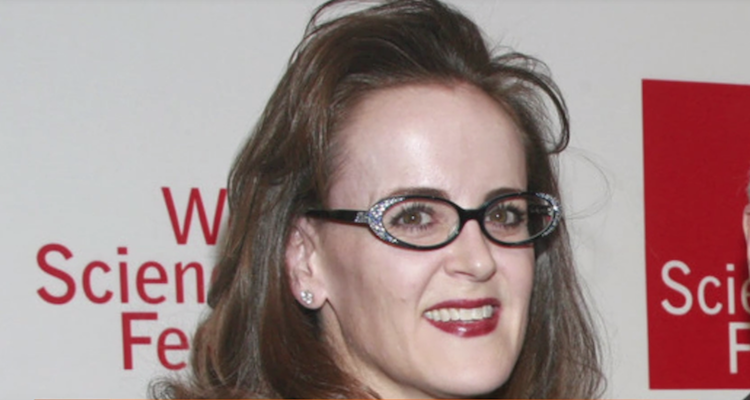 Who is Rebekah Mercer? Since Steve Bannon’s fallout with President Trump, news has been spreading about Mercer cutting ties with the former White House employee. She lives a private life but many want to know more about her and her influence in politics. Learn more about the mystery Trump donor and heiress with our Rebekah Mercer wiki.

Rebekah Mercer’s age is 43 and she was born in December 1973. She grew up in Yorktown, Westchester, New York and is the daughter of billionaire hedge fund titan Robert “Bob” Mercer, 71, and Diana Mercer. Referred to as “Bekah” by her friends, she is the middle of three children, with older sister Jennifer “Jenji” and younger sister Heather Sue.

Jenji shares her mother’s fondness for horses and Heather is an avid poker player, much like her father. Bekah’s intelligence and work ethic are compared to those of her father as well as her passion for politics.

But the Mercers weren’t always as wealthy as they are today, and actually came to their wealth late in life. When she was a child, her father worked for IBM.

“Rebekah is not a Marie Antoinette,” Amity Shlaes, a member of the Calvin Coolidge Presidential Foundation board, which gets Mercer funding, told The Washington Post. “Her father was a research scientist at IBM. Her family did well late. She understands what it means to make economic decisions.”

The Mercer money didn’t come in until Bob worked for the Renaissance Technologies hedge fund on Long Island in 1993. He later became co-CEO in 2009 of Renaissance, which has been regarded as one of the most successful hedge funds. Rebekah Mercer’s net worth isn’t verified, but she’s said to be worth billions, due to her father’s business.

Rebekah graduated form Stanford in 1996, with degrees in biology and mathematics, while also receiving a master’s in operations research. While at Stanford, she met her future husband, French-born Sylvain Mirochnikoff, who’s currently a managing director at Morgan Stanley.

The couple have four children together, who are now reportedly home schooled. Rebekah and Mirochnikoff have also made donations to a foundation for the elite Manhattan Dwight School.

In a 2012 newsletter for the bilingual Ecole Internationale de New York, Rebekah said, “My husband is French, and his entire family lives in Paris. Our children require fluency in French so that they can understand their heritage and converse with their relatives … We couldn’t ask for a better school for our children.”

Rebekah and her husband have several donations, including  the Metropolitan Museum of Art, the Morgan Library, the Central Park Conservancy, the Frick Collection and gifts to GLAAD.

While Rebekah has amassed a wide amount of political capital, she used to run a bakery in New York with her sisters. It was different from her time on Wall Street as a trader, but was still business. In 2006, Ruby et Violette, one of her favorite bakeries in Hell’s Kitchen, was closing down, so she bought it.

“It was our favorite place for cookies,” Heather Sue told Fox News. “We’d get them for parties, weddings, christenings. We’d make up reasons to get them.

Then one night, I’m playing poker at the Borgata and I get a call that Ruby et Violette is closing.” She said she called her sisters declaring: “We’re going to buy a bakery.”

The bakery has also been praised by both George W. Bush and Bill Clinton for their “delicious gourmet cookies.”

Since Bannon’s firing, things haven’t turned out quite the way he had hoped. His  tell-all book resulted in a negative response from the president and a potential lawsuit.

“Steve Bannon has nothing to do with me or my presidency,” Trump said. “When he was fired, he not only lost his job, he lost his mind.”

“Steve pretends to be at war with the media, which he calls the opposition party, yet he spent his time at the White House leaking false information to the media to make himself seem far more important than he was,” Trump continued.

Rebekah donated millions to Trump’s campaign and until 2006, was an Independent, but is now a Republican. Many fear saying anything good or bad about her to the press, for fear of losing her favor, especially since she values her privacy. She didn’t comment on why she cut financial ties with Bannon for his alleged presidential run, and our guess is she never will.