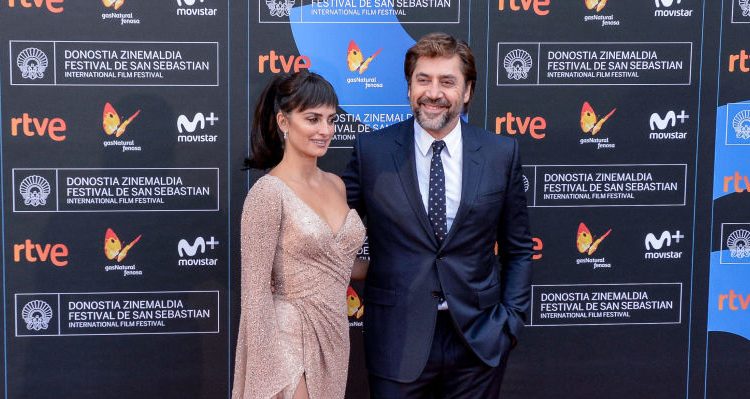 Penélope Cruz is one of the most beautiful women in the world and a very popular actress. She’s been nominated for numerous awards over the years, and she has even taken home a few Oscars! Whatever the genre, she can do it all! Tonight, she will appear on the small screen as real-life designer, Donatella Versace in the FX mini-series, The Assassination of Gianni Versace: American Crime Story. With all of this public exposure, many are growing curious about Penélope Cruz’s family. So, as her big role on the small screen debuts tonight, we’ve got everything you need to know about Penélope Cruz’s husband and children, right here!

Penélope Cruz’s is usually rather quiet about her private life, but we’ve managed to dig up a few of her major relationships over the years.

From 1991 to 1998, Cruz was reportedly dating Spanish musician, Nacho Cano. The couple reportedly lived together for a good portion of the relationship.

Cruz then dated Tom Cruise from 2001 to 2004. They met while filming Vanilla Sky and it became her most public relationship. Although their relationship got a lot of media attention, their break up was very quiet.

In 2005, Cruz began dating Matthew McConaughey after they met while filming, Sahara. But they broke up in 2006 due to busy work schedules.

After McConaughey, there were several rumors as to who Cruz was dating, but nothing was confirmed until she began dating her husband, Javier Bardem, in 2007.

While they didn’t start dating until 2007, Cruz first met future husband, Javier Bardem, on the set of their 1992 film, Jamón Jamón.

Cruz and Bardem became closer while shooting the Woody Allen film, Vicky Cristina Barcelona. The two became inseparable and eventually got married in 2010.

The marriage between the two actors is very low key, especially for stars of their stature. Their wedding wasn’t a big flashy show, either. It was a quiet, private ceremony at a friend’s home in the Bahamas. In fact, many aren’t even aware these two stars are together!

They are exceptionally private, which is likely why many are shocked when they find these two are a pair! The two actors have also refused to speak about one another in interviews.

Their marriage is so quiet and low key that we don’t even know much about their children! We do know that Javier Bardem is the father of Penélope Cruz’s children.

Their first child was a son named Leo Encinas Cruz. He was born in January 2011.

Meanwhile, their second child, a daughter named Luna Encinas Cruz, was born on July 22, 2013. The couple managed to keep the birth quiet due to an unexpected coincidence; their daughter was born on the same day as Prince George (Prince William and the Dutchess of Cambridge, Kate Middleton’s first child). The royal birth grabbed all of the media attention, leaving Cruz and Bardem’s daughter’s birth out of the headlines.