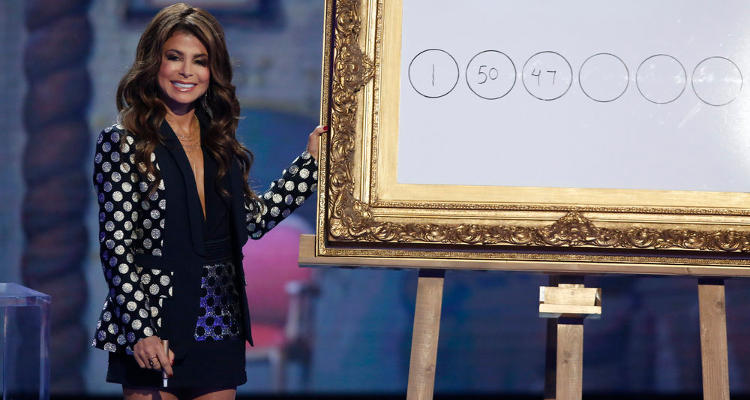 When Paula Abdul appeared as a surprise guest on the America’s Got Talent 2016 finale last night, a lot of people must have wondered, “Who is Paula Abdul?” Most of the younger members of the audience might not know who Abdul is, but those who saw her dance moves and heard her songs in the late 1980s and the 1990s, it must have been an exciting moment when she appeared briefly on the show. People are curious to know about Paula Abdul’s husband and about her as a person, so they are asking things like, “How tall is Paula Abdul?” Considering that she was a major star during her career as a musician, people want to know about Paula Abdul’s net worth. It is a cool $30.0 million!

Starting as a Cheerleader

In Love with Dance

Abdul was born in San Fernando, California to Jewish parents. Her mother was a concert pianist while her father was a Syrian Jew, who emigrated to the United States. Abdul was interested in dance and music from the time she was very young. Her idol was Gene Kelly, whom she saw in the film Singin’ in the Rain. She was inspired to have a career in show business. Abdul started learning dance forms like ballet, jazz and tap. She practiced hard and soon was very good at it. In 1978, she appeared in a low budget musical film called Junior High School.

Abdul’s career as a choreographer started when she met The Jacksons. She choreographed their dances on their live tour and was soon doing the same for several established artists. Her work with Janet Jackson in her music videos set new standards in dance. It wasn’t long after that when Abdul decided to branch out on her own. In 1988, Abdul released her debut pop music album, Forever Your Girl. It took some time for it to become a hit, but once it reached the No. 1 spot on the Billboard 200, it was unstoppable. The album spawned hit singles like “Straight Up”, “Forever Your Girl”, “Cold Hearted” and “Opposites Attract.” She won a slew of awards including a Grammy award for “Straight Up.” Her follow-up album, Spellbound contained some more hit singles like the classic “Rush, Rush”, “Promise of a New Day”, “Blowing Kisses in the Wind” and “Will You Marry Me?”

Her third album, Head Over Heels was a departure from her usual sound. She used a fusion of R&B music and traditional Middle Eastern instruments to create the single, “My Love Is For Real.” Two more singles, “Crazy Cool” and “Ain’t Never Gonna Give You Up” were big hits, as well. People often ask, “Who is Paula Abdul married to?” Right now Abdul is single, but she has been married twice. First to actor, Emelio Estevez from 1992 to 1994 and then to clothing designer, Brad Beckerman from 1996 to 1998. Both her short-lived marriages ended in divorce.

In the last decade, Abdul has been a judge on several music and dance reality shows. Though she has not released any new music as of lately, she performs her old songs every now and then for special occasions. People want to know Abdul’s height. She is exactly five feet tall. Paula Abdul’s songs are still just as catchy and funky as they were when they were first released. Her choreography in films like American Beauty, Jerry Maguire, Coming to America and The Doors is as spellbinding as ever. Time has not dampened Abdul nor her fantastic work over the years. Talented and proud, she is as feisty as ever.