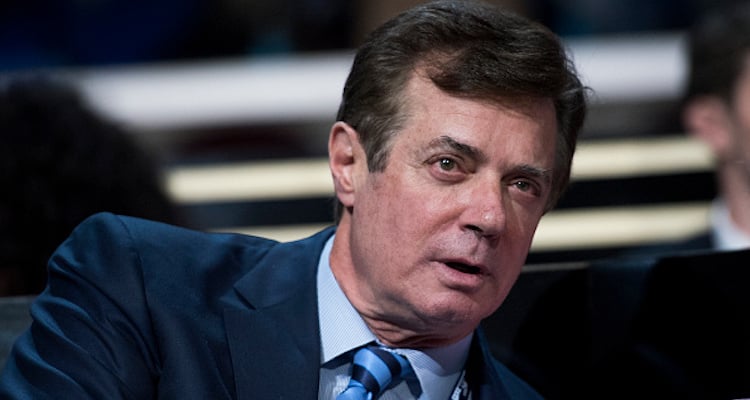 This is the case that never ends and it seems like there’s a new testimony each week. In the ongoing Russian collusion case, Paul Manafort and Donald Trump are the center of attention causing Manafort to be subpoenaed. Who is Paul Manafort? For more details, including Paul Manafort’s net worth, take a closer look at our Paul Manafort wiki.

Who Is Paul Manafort?

Paul Manafort is a lobbyist, political consultant and former Trump campaign chairman. He was born on April 1, 1949 in New Britain, Connecticut to Antoinette Marie and Paul Sr., who served three terms as a Republican mayor. Paul Jr. (who is of Italian descent) came from a real estate family and his father also ran a construction company called Manafort Brothers, Inc. Paul Jr. attended Georgetown University and earned both an undergraduate degree and a law degree. He’s also a Republican with a net worth estimated at $30.0 million.

Paul Manafort’s wife is Kathleen Manafort and Paul Manafort’s kids are writer and director Jessica Manafort, 34, and Andrea Manafort, 31. Jessica is married to Jeffrey Yohai, a real estate developer. Jessica and Jeffrey were sued by Genesis Capital after taking out $14.0 million in home equity loans and defaulted months later, according to Entity. Paul has also been involved with suspicious real estate deals and defaulted loans, casting a light on Manafort family.

According to The Daily News, both daughters allegedly had concerns over their father’s “Ukrainian blood money” and his ties to Russia.

What Did Paul Manafort Do?

The Senate intelligence committee has called Manafort to meet with them in two days, to ask questions about his connection (if any) to Russia’s involvement in the 2016 presidential election. This has been an ongoing investigation and everyone connected to Trump, in some way, has been called to testify. Many have been under fire and now it appears to be Manafort’s turn.

“[A)’subpoena was issued to compel Mr. Manafort’s participation in Wednesday’s hearing,” Senators Dianne Feinstein and Chuck Grassley said via CNN. “As with other witnesses, we may be willing to excuse him from Wednesday’s hearing if he would be willing to agree to production of documents and a transcribed interview, with the understanding that the interview would not constitute a waiver of his rights or prejudice the committee’s right to compel his testimony in the future.”

In March, the Associated Press reported that Manafort was paid $10.0 million from 2006-2009 Russian billionaire Oleg Deripaska, a close Putin associate, using a “strategic model” that would help the Putin government. Former White House press secretary, Sean Spicer denied that Trump had no knowledge of the contract and a Ukrainian member of parliament accused Manafort of receiving almost $1.0 million from Ukraine’s pro-Russia Party of Regions and then transferred money through a company that claimed to sell computers.

Manafort is now under investigation by the FBI, NSA, and CIA and will be set to visit the committee on Thursday in Washington, D.C. There’s no telling how far the investigation will go, but Trump’s presidency has seemingly been filled with more shadows of doubt than results.