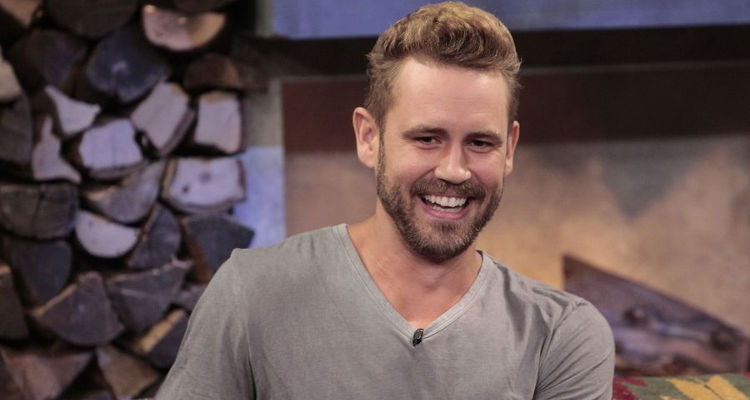 Nick Viall was born on September 29, 1980 in Milwaukee, WI, however, he currently lives in Los Angeles, CA. The 35-year-old bachelor is 6’2” and is also in the modeling industry. He graduated in the year 1999, from Waukesha North High School and went to Wisconsin-Milwaukee University. During his college days, he ran track and also set a school record for the 3,200-meter relay. Before he got into modeling, he worked as an account executive for a company called Salesforce.com. Additionally, he has also worked for companies like DeRoyal and U.S. Cellular.

Nick’s parents are Mary and Christopher Viall. He is the second oldest in his family and they are total of eleven siblings. He has six sisters namely, Maria, Olivia, Sarah, Jessica, Teressa, and Bella. Nick has four brothers namely, James, Samuel, Luke and Peter. Nick’s life’s motto is, “Live Loud and Love Hard.”

“I don’t know if we each have a destiny, or if we’re all just floating around accidental — like on a breeze, but I think maybe it’s both. Maybe both is happening at the same time.” ????: @ninajunger #madeinfidelity

If you are wondering whose season was Nick Viall on? Then to answer your question, Nick first appeared in the tenth season of The Bachelorette starring Andy Dorfman, and during that season he finished as a runner-up. Josh Murray was the winner of that season, there was a lot of drama in tenth season of The Bachelorette. He even announced on national television that he had sex with Andy, however, viewers were on his side, because at least he was honest about his emotions.

Nick again tried his luck for love in season 11 of The Bachelorette. However, there again he ended up being the runner-up, losing to Shawn Booth. Still, Nick did not lose hope and is currently on Bachelor in Paradise. He originally had his sights set on Amanda Stanton, but again, lost his love interest to Josh Murray, as Josh and Amanda have now developed a strong relationship together.

Ever since I can remember I’ve been poppin my collar … Not really but it’s a catchy song ????: @clayboutte #wilhelmina #wilhelminamodels

Who is The Bachelor 2017? Yes, you guessed it right, it will be Nick Viall! The decision about Nick being the next bachelor came on Tuesday during the After Paradise talk show, which is the after show for the spinoff series. Nick said, “I’m definitely ready for it — I’m really excited,” “I couldn’t be more excited about the possibility of it working out.” Currently, Nick is on Bachelor in Paradise and once again has lost the girl to somebody else.

According to sources, when asked about his previous relationships, Nick said, “I’ve made my mistakes. I’ve had an interesting process through this journey, and it hasn’t worked so far. Hopefully, things will end up on a more positive note.”

Now that Nick will be the next bachelor, we cannot wait to find out if he will eventually find love in the next franchise of The Bachelor. Nick seems to be pretty excited about the show and cannot wait to meet the girls. Do you think there will finally be a happily ever after for Nick on this show? Let us know your opinion in the comments section below. Also, to learn more information about Nick Viall, please click here.