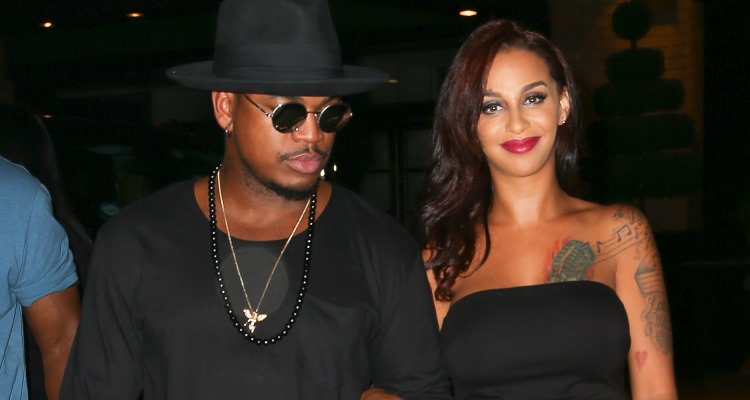 Who is Ne-Yo married to? When you type in “Ne-Yo wife” or “Ne-Yo wife Crystal Renay” into Google, you will get the answer: Crystal Renay. She’s not just Ne-Yo’s wife but also the proud mother of their son. All eyes may be on Ne-Yo the Grammy winner, who is also a guest judge on America’s Got Talent, but there’s no reason why his wife shouldn’t share in the spotlight. So, in order to get better acquainted with her, let us serve as your Crystal Renay wiki.

Renay was born on September 18, 1989, making her 26 and 10 years Ne-Yo’s junior. That also makes her a Virgo in astrology. She married Ne-Yo earlier this year on February 20th in Rancho Palos Verdes.

Renay was pregnant when she married Ne-Yo and on March 16, she gave birth to their son, Prince Shaffer Chemire Smith Jr. Though he may be referred to as the Crystal Renay baby online, he is actually named after Ne-Yo, whose real name is Shaffer Chimere Smith.

She Almost Stood Ne-Yo Up!

“Our meeting was initially strictly business, and I had planned on shooting a short film with the album,” said the Grammy winner, in a People magazine interview. “We met at a restaurant, but she showed up two hours late. She explained later why that was: She was just trying to get some info on me: who I was, if it was really going to be a business meeting or if I was some creep.”

But clearly that didn’t stop Ne-Yo from waiting on her and continuing their date. If he hadn’t waited, it wouldn’t have been very good news for their son as he probably wouldn’t be here tpday! Ne-Yo recalled that they got to know each other better and that even though things started off as business, they quickly became more personal.

In late March, Renay posted an image of her post-C-section body on the official Crystal Renay Instagram account. Just one week after her son was born, she decided to flaunt her post pregnancy body with confidence, stating that she will snap back to her original size, but is in no hurry.

“Being on bedrest 85% of my pregnancy and not being able to work out the entire time was truly challenging and hard on my body,” Crystal wrote on Instagram. “Then to get a C-section on top of that was a major setback. My body isn’t what it once was, but that’s OK because now in the next coming weeks (AFTER I’M HEALED PROPERLY) I can share my #SNAPBACK journey and progress with you guys! This comeback is about to get real y’all! [sic]”

She Got a Warning from Ne-Yo’s Ex- Fiancée

Ne-Yo’s ex-fiancée was hurt that he and Renay were flaunting their love and pregancy on social media because she had her tubes tied, while the singer failed to get a vasectomy, like they agreed on. The Atlanta Exes star, Monyetta Shaw spoke with the New York Post about her feelings and delivered a few words of caution, concerning her ex-fiancé.

“She seems like a nice girl, but I would be worried if I were she. How does she know that he’s not going to do the same thing to her that he did to me?” said Shaw in a New York Post interview.