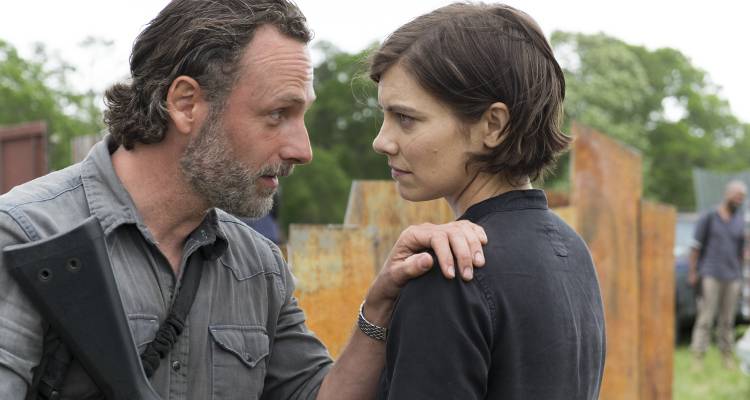 Fans of The Walking Dead were shocked when a character from season 1 turned up at the beginning of season 8. Morales was a straight-up good guy who was once trying to save his family, but now seems to have crossed over to the dark side. He appears to be on a confrontational path to Rick Grimes. Will Morales find his old self again?

The Walking Dead paid tribute to its first season on October 22, 2017, with its 100th episode. In an unexpected twist, it brought back Morales (Juan Gabriel Pareja), who left everyone behind in the penultimate episode of season 1. Who is Morales on The Walking Dead? He was one of the original cast members who, along with his wife Miranda and children Eliza and Louis, were part of the Atlanta-adjacent survivor group that also included Lori, Carl, Shane, Carol and her family, Dale, Andrea, Amy, and the Dixon brothers. What happened to Morales on The Walking Dead? Here is all we know about Morales from Atlanta.

Return of the Original Good Guy

Season 8 is an adaptation of the All Out War story arc from the comics, in which Alexandria, Kingdom, and Hilltop Colony survivors take on Negan (Jeffrey Dean Morgan) and the Saviors. In season 1, Morales was shown as a straight-shooter, who loved his family and put himself in danger to help others. He was an honest man who did not lose his character even in the face of the zombie apocalypse.

Unlike a lot of the show’s good characters, Morales did not die when he drove to Birmingham with his family to see if they could find any remaining surviving family members. He is now back, but without his family. Though we do not yet know what happened to them, the assumption is that Morales’ family died, likely by walkers. It is likely because of his loss that fans shockingly see him now as a ruthless and cruel member of Negan’s Saviors.

Crossed Over to the Dark Side

Morales meets Rick (Andrew Lincoln) when he enters a mansion while in search of a big weapons stockpile. There he finds a photograph, and just as he takes a closer look at one of the pictures, a gun is pointed to his head, and Morales is the one with his finger on the trigger. However, Morales is not there for a happy reunion saying, “Atlanta was a long time ago” when Rick finally remembers him. Considering that Negan’s Saviors have a way of getting lost and confused people to join their group, it appears that Morales is their newest member. Is it a bid to take control of his wayward life and find an outlet for his rage?

Which Way Will Morales Turn?

Morales seems intent to hand Rick over to the Saviors, who he says he’s already contacted. What happens next with Morales will only be revealed as The Walking Dead season 8 continues. His return gave the show a new angle, and fans cannot wait to see what will happen next!