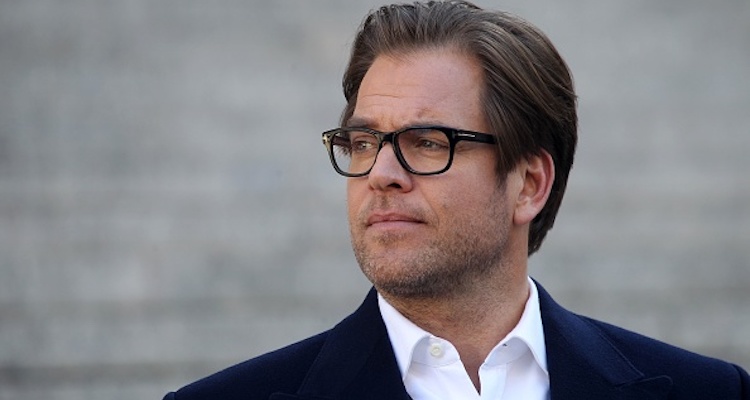 Michael Manning Weatherly Jr. was born on July 8, 1968 in New York City and raised in Connecticut by parents Patricia O’Hara and Michael Sr., both of whom are of Irish descent. Michael Jr. attended several universities before eventually leaving to pursue a career in acting.

He Co-Starred in Dark Angel

Talk about a throwback! Does anyone even remember the show Dark Angel? It was a bad ass show in the early 2000s and more notably, Jessica Alba’s break out role. Well, Michael was on it, and he played Logan Cale —a wealthy cyber-journalist, confined to his wheelchair— so you might remember him. It was one of his most memorable moments on TV —and believe us when we say there are a lot of Michael Weatherly TV shows, where the 48-year-old star has made cameos in!

Both weren’t entirely pretending to be in love with each other on Dark Angel, they actually meant it! From 2000 to 2003, the two were publicly dating (and were even engaged) and fans were in love with them, but sadly they broke up and never made it down the aisle. They weren’t the first couple to start out dating on TV, and they definitely won’t be the last. Although they didn’t work out, they both managed to find love elsewhere.

Why He Left NCIS

It seems like only yesterday when Senior NCIS Special Agent Anthony “Tony” DiNozzo graced our TV screens, back in 2003. After 13 seasons on the hit CBS drama, fans got used to the idea of seeing Michael Weatherly every week, and although we still get to see him on Bull, we won’t see him on NCIS anymore. In an interview with HollywoodLife, the actor explained his reason for leaving the successful show.

“It’s not relief, it is an amazing change and discovery,” he said. “That was an extraordinary, unique ride. It was 13 years and felt like a circle that had gone all the way around, and I felt happy with the resolution of my character and my time on the show.”

He added: “When I got in the elevator for the last time, I thought ‘I understand it all. It’s time to leave.’” As for moving on to his current show, Bull, well it was quite a ride.

“It’s like finishing War and Peace. It’s like War and Peace part two. Bull is a big show with a lot of characters, it’s complex. I solve problems the same way as an actor, but it really requires a lot of muscles… I wake up every morning grateful that I have this opportunity.”

Is Michael Weatherly married? The answer is yes! The actor is happily married to Bojana Jankovic, a doctor. They got married in 2009 and have two children together: daughter Olivia and son Liam.