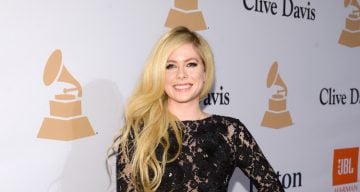 A small group of Twitter activists is of the firm belief that singer Avril Lavigne died in 2004 and was replaced by a body double named Melissa Vandella. The theory was first introduced by an Avril fan in 2015, who runs a website dedicated to the singer. But Avril Lavigne’s death theory is once again making the rounds online, thanks to another Twitter user. From “evidence” in the form of messages, personality changes, and birthmarks, they are leaving no stone unturned. Here is everything you need to know about Avril Lavigne’s clone, Melissa Vandella.

Who is Melissa Vandella?

In 2002, it was said that Avril Lavigne was having a hard time dealing with fame after her debut album, Let Go was released. Because of this, her management team allegedly hired an Avril Lavigne look alike, Melissa Vandella, who ended up being good friends with the singer.

The next year, Avril’s grandfather passed away, leading her into depression, and the theory alleges that Avril Lavigne hanged herself in British Columbia. The only thing we know for sure about Melissa Vandella is that she is an actress, who is commonly mistaken to be Avril Lavigne’s clone.

Melissa is Said to be Dating McLovin

There is a Facebook page for Melissa Vandella that does not appear to be real, and was set up by someone in Brazil. According to the account, Melissa is in a relationship with Superbad star, Christopher Mintz-Plasse. However, considering the account is fake, there is likely no truth to that news.

On the ‘Avril is Dead’ website, there is a disclaimer that explains how its aim is to show “how conspiracy theories can look true.” Despite this, the rumor spread across social media. In fact, the matter got so out of hand that Avril Lavigne herself had to address the matter in an interview!

Not the First Death Rumor

This is not the first time that rumors have surfaced about Avril’s death. Back in 2012, it was reported that Avril Lavigne died in a snowboarding accident while vacationing at a Whistler Blackcomb ski resort with family and friends, when at one point she allegedly “lost control of her snowboard and struck a tree at a high rate of speed.”

Many more celebrities have been “victims” of ski accidents, but not many have been accused of being replaced by a body double! That’s a new one!