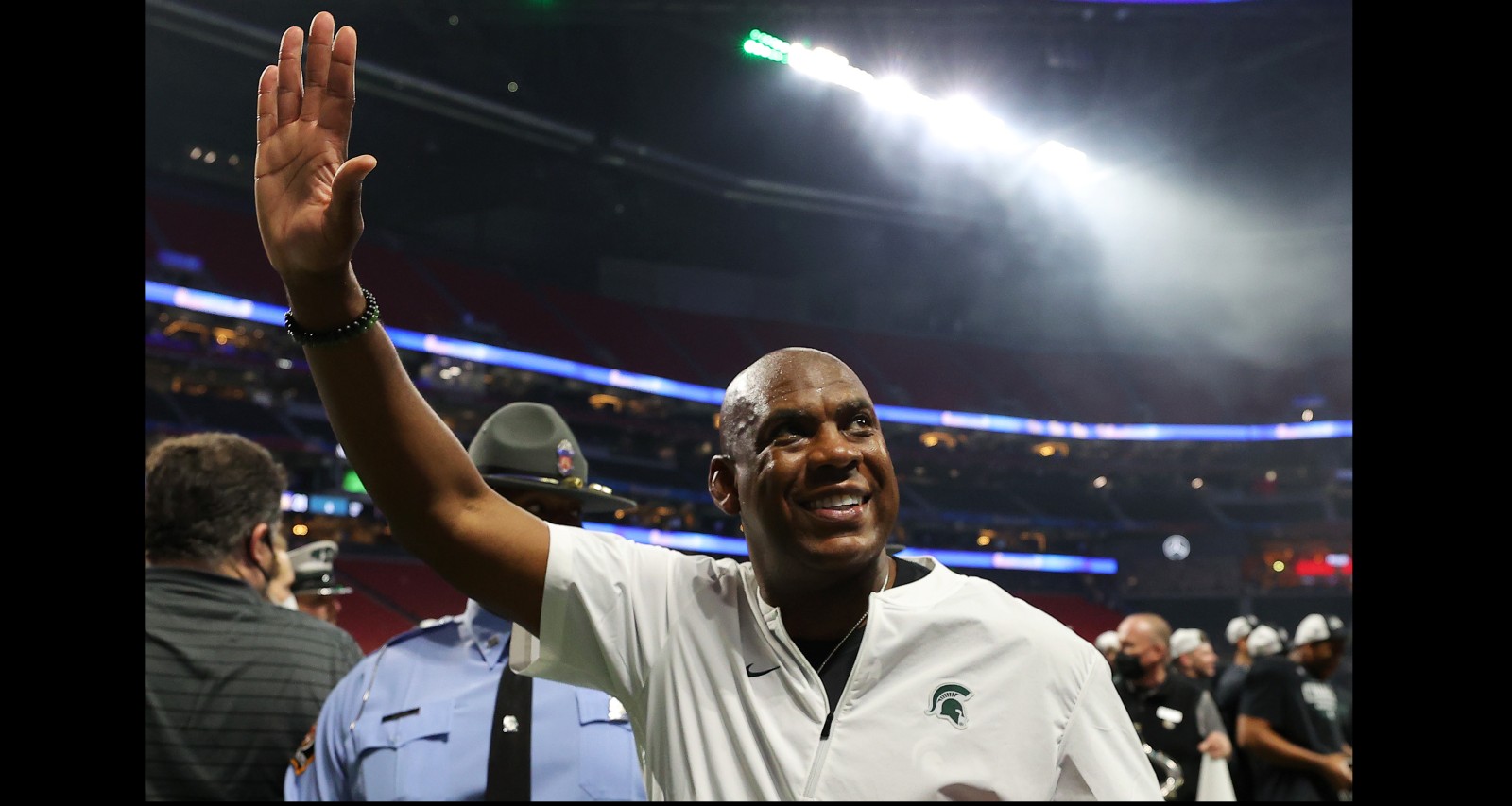 Jo-Ellyn Tucker has stood by former footballer and MSU head coach Mel Tucker’s side throughout his career. Although Mel is always in the spotlight, Jo-Ellyn has remained on the sidelines, taking care of their home and family. While his coaching career is impressive, people want to know more about Mel Tucker’s wife, o-Ellyn Tucker. So, get to know her here in this Jo-Ellyn Tucker wiki.

Jo-Ellyn “JoJo” Tucker (nee Haynesworth) was born on August 18, 1971, and hails from Chicago. Not much is known about her family.

It appears that Jo-Ellyn has at least two sisters, Rhonda Haynesworth and Deneise Haynesworth Crawford, as they are connected on Facebook.

According to one of Rhonda’s Facebook posts, their father has already passed away. Their mother lives with the Tucker family, and she is an integral part of the close-knit family.

Jo-Ellyn has a bachelor’s degree in English from the University of Illinois Urbana-Champaign and a law degree from Rutgers Law School.

She has experience in the legal field as a former practicing attorney. Jo-Ellyn is an enthusiastic community leader with a strong interest in non-profit volunteer work, philanthropy, and organizational management.

According to her LinkedIn profile, Jo-Ellyn has been a board member of the Capital Area Humane Society since January 2021. Fundraising, project management, organizational team building, and relationship management have all been a part of Jo-Ellyn’s community service.

On October 15, 2021, she announced that she is a proud franchise owner of Cruise Planners travel agency. As a family and luxury travel specialist,  Jo-Ellyn is pleased to work and share her enthusiasm for traveling with others because she enjoys traveling so much. Her travel agency offers land and sea-based itineraries.

Mel and Jo-Ellyn met through a classmate of Tucker’s from his time in Wisconsin. At the time, Jo-Ellyn was in law school at Rutgers. Jo-Ellyn managed to find time to meet Mel on a blind date despite her hectic school schedule.

Tucker had a conversation with Jo-Ellyn before their blind date, and he was smitten. On their first meeting, Mel proposed to his now-wife, and she accepted.

The couple has been married for over 21 years. Mel thinks the most important reason for his success is his wife, Jo-Ellyn.

Mel and Jo-Ellyn have two sons, Joseph Tucker and Christian Tucker are their two sons. Joseph is the eldest of the two.

Christian Tucker was born on May 6, 2003. A goalie for the Lansing Catholic Lacrosse team, Christian has a bright future ahead of him. While he also plays football, lacrosse is Christian’s first love.

This year’s CAAC Senior Scholar Athletes were announced during the annual awards ceremony on April 27. Christian was honored with an award. In one of her tweets, Jo-Ellyn congratulated her son for his achievement.

Although Joseph is an avid soccer player, there isn’t much information about him. Joseph and Christian are very close to their parents. The entire family showed up to support Mel at his first press conference as MSU’s head coach, held at the Breslin Student Events Center on February 12, 2020.