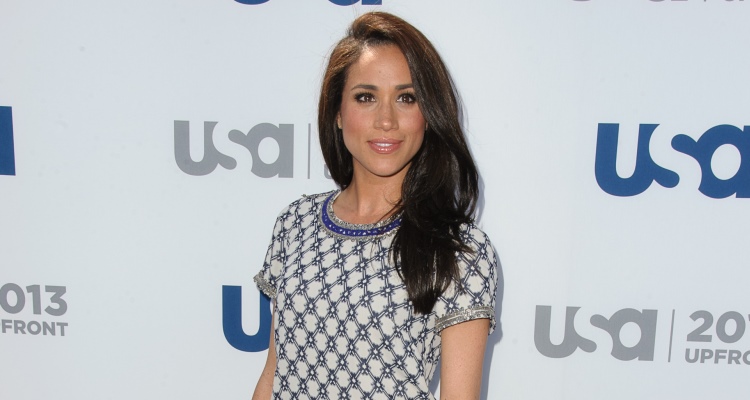 Who is Meghan Markle? If you’re wondering who is Prince Harry dating now, we’ve got some interesting facts about his rumored new girlfriend! The rumors, which surfaced Sunday, allege that Prince Harry has been dating Markle for a few months and is quite infatuated with her! According to the Sunday Express, a source said, “He’s happier than he’s been for many years. He’s in a very relaxed period of his life and Meghan has come along at the right time. They are taking each week as it comes and just enjoying each other’s company but it’s fair to say that they love seeing each other and there’s a definite chemistry between them.” Considering the Suits actress is tight-lipped about her personal life and the Palace doesn’t share private matters, fans are desperately searching for clues and details about whether she is in fact Prince Harry’s new girlfriend. Until the couple makes an official statement, the rumors may remain just that—as for now, here are some facts to know about Meghan Markle!

One thing Markle has in common with the Prince is an interest in foreign relations and helping the less fortunate. If you’re wondering who are Meghan Markle’s parents, they had a huge influence on her as a child. “My mother raised me to be a global citizen, with eyes open to sometimes harsh realities. ‘Don’t look scared flower,’ she said. ‘Be aware, but don’t be afraid.” That’s some beautiful advice from her mother and her outlook on life certainly makes her seem like a good fit for the Royal family! Markle’s mother is a yoga instructor and clinical therapist, and her father is a director of photography. Markle followed in her parents’ footsteps with love for the world and for people—she is a humanitarian and is actively involved in the socio-political arena. In 2016, she became the Global Ambassador for World Vision Canada and traveled to Rwanda for the Clean Water Campaign. She has also done work with the United Nations Women, One Young World, and more.

She Was Previously Married

In 2004, Markle began dating film producer, Trevor Engelson and after a long relationship they married in 2011. The couple split in May 2013 and finalized their divorced in August of that year.

She’s a Jane of All Trades

If you’re wondering how old is Meghan Markle, the star is 35 years old. She is most famously known for her role as Rachel Zane on Suits, but she is also a foodie, fashion model and a spokesmodel. With these girl-boss qualities and her humanitarian super heroine status, she’s someone whom followers of the Royal family could certainly approve of!

Dating Status Not Yet Confirmed

Rumors say they met in Toronto, Canada during the Prince’s promotional tour for the Invictus Games, but their official dating status has not been confirmed as of yet. One of the clues revealed that suggest they are a couple is that Markle wears a beaded bracelet just like the one the Prince wears! Others have suggested that she visited Buckingham palace this summer, while the Prince was also in the area at the time. Daily Mail reported that followers have noticed that the two are following each other on Instagram. Considering Prince Harry supposedly has a pseudonym account and only follows close family and friends, this could certainly mean something! Other than these clues, there is not much more to solidify that the two are dating, so be sure to stay tuned to find out what we learn as the story develops!