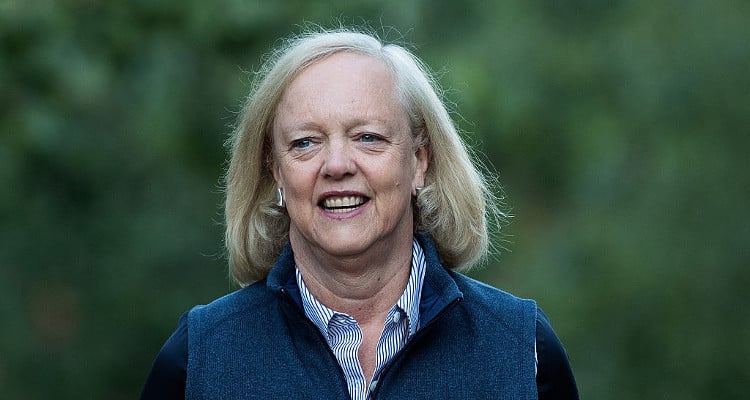 It is a travesty that despite their contributions, there are so few women at the top in corporate America. Meg Whitman, former CEO of Hewlett Packard, is one of them. After successful stints in other big companies, Meg Whitman is one of the most powerful women in the tech industry, and as of today, she has stepped down from her company and is planning to take a bit of a breather before jumping into something new.

There are still too few women at the top in corporate America. So, if you are asking, “Who is Meg Whitman?”, you are excused. Meg Whitman is an American business executive, political activist, and financial donor. Currently, Whitman was the President and Chief Executive Officer of Hewlett Packard Enterprises. She is also the Chairwoman of HP Inc. HP Inc. is an American technology company that was created on November 1, 2015, as one of the two successors to Hewlett-Packard; the other being Hewlett Packard Enterprise. With Whitman being in such a notable position, along with her stance on Donald Trump, people are asking questions about who she is. Many want to delve deeper and are interested to learn things like Meg Whitman’s net worth and how she got started. Don’t worry, we will tell you all about her, right here.

Whitman was born in Cold Spring Harbor, New York, to her parents, Margaret Goodhue and Hendricks Whitman Jr. Whitman excelled in her studies from the very beginning of her school years. In high school, she was already within the top 10 of her class. Whitman wanted to be a doctor, so she studied science and math at Princeton University. Later, she changed her mind and studied economics, earning a BA with honors in 1977. Whitman then earned an MBA degree from Harvard Business School in 1979.

Former CEO of @eBay, Meg Whitman, was the driving force behind its immense growth from 1998 – 2008. But Whitman’s successes didn’t stop there – she is currently the President and Chief Executive Officer of Hewlett Packard Enterprise @hpe, a political activist and a donor. In 2014, she was even named 20th in @forbes List of 100 Most Powerful Women in the World! #tech4travel #tech #travel #IT #instatech #instatravel #instatourism #tourism #tourist #travels #travelwithme #hewlettpackard #hewlettpackardenterprise #hpe #megwhitman #forbes #activist #donor #politics #CEO #ebay #president #women #womenintech #techinfluence #girlpower

Rising Up the Ranks

Whitman started her management career by joining Procter and Gamble in Cincinnati, Ohio, as a brand manager. Later, Whitman worked as a consultant for Bain & Company, and due to her diligence, she rose to the position of senior vice president. Whitman later worked for The Walt Disney Company and Hasbro, as well. She was recognized for her work in marketing on two of their biggest brands, Playskool and Mr. Potato Head.

Whitman made a name for herself for her work in management when she was with eBay. When she joined eBay in March of 1997, the company only had 30 employees and revenues of $4.0 million. When she was the CEO, the number of employees rose up to 15,000 and revenues crossed $8.0 billion by 2008! Whitman made sweeping changes in the company and its management structure, in order to ensure that the company grew and became profitable. She reorganized eBay by splitting it into 23 business categories. She appointed the right people at the highest levels of the company and built a solid and capable executive team.

Whitman has received many awards for her spectacular work at eBay. She was appointed to the board of prestigious companies such as eBay Foundation, Procter & Gamble, and DreamWorks SKG. In January 2011, Whitman joined Hewlett-Packard’s board of directors. She was appointed as CEO in September 2011. However, her performance with this company had not been as effective as it was with eBay. She made the crucial decision to remain in the PC business, which was not as profitable as before. This past September, Whitman helped HPE sell its enterprise services and software business, as well as purchase the companies of Aruba and Nimble Storage, which gave HPE a more solid foothold in the realms of A.I. and flash storage technology, and also boosted HPE’s stock.

While she may be stepping down as CEO, she will retain a seat on the board of directors and has already refuted reports that she may go to a competitor. With all the work she has put in, Whitman’s net worth is a mind-boggling $3.2 billion!

Former HP CEO Meg Whitman has kept her family away from the limelight all these years. Meg Whitman’s husband is Griffith Harsh IV, a neurosurgeon at the Stanford University Medical Center. Meg Whitman also has two sons. Whitman has taken quite an interest in politics, as well. Though she started out as a Republican supporter, Whitman ended up supporting Democrat Hillary Clinton in the 2016 election. Whitman has said that she would not support Donald Trump out of party loyalty alone, because she has serious misgivings about Trump. In her words, to support Trump would be “to endorse a candidacy that I believe has exploited anger, grievance, xenophobia and racial division.”

Another Run for Office?

Whitman has taken a strong stand on important issues such as the environment, illegal immigration, same-sex marriage, abortion, and marijuana. Most people believe that it’s only a matter of time before Whitman makes a bid for senior positions in politics. Her corporate track record and her sharp intelligence make her a worthy opponent to anybody competing against her. Now that she has stepped down from her CEO position, many wonder if she may make another run for a political office like she did in the 2010 California race for Governor. Whitman has denied that she is preparing to run for any political office but has also stated she will continue to contribute to the political causes that are important to her.