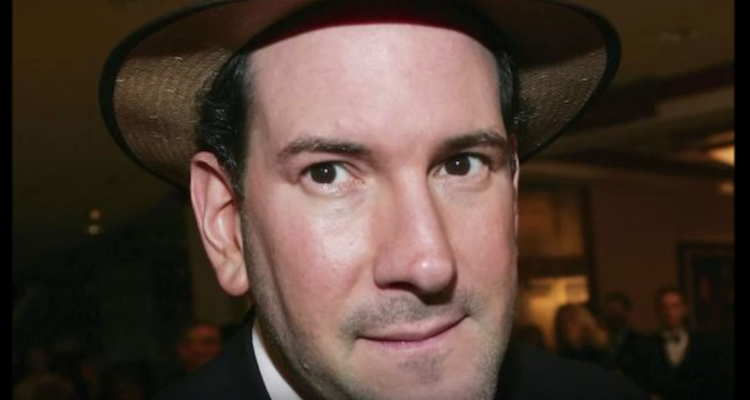 If you’ve never heard of Matt Drudge, you’re probably not following politics too closely. However, you’ve likely seen him grace a few headlines lately, which might have left you wondering: Who is Matt Drudge? He’s an American political commentator, the editor of the renowned Drudge Report online, and a politically conservative American news aggregator. He’s also previously authored his own book, and hosted a television show. Matt Drudge’s net worth is currently valued at an impressive $90.0 million, which means his political ventures are going quite well—and with the current political climate of the United States, it’s worth taking note what these powerful political commentators have to say. To find out more about this political powerhouse and why he’s been showing up in your newsfeed, take a look at Matt Drudge’s wiki below.

Drudge rose to fame in the world of politics when his news aggregation site, the Drudge Report became popular. His online report began in 1994 as simple e-mail notes sent out to his personal friends, on issues ranging from gossip to his opinion on said gossip. By 1996, Drudge’s newsletter slowly began to transition from being entertainment-based to political-based. It gained popularity quickly, and has amassed a total of 85,000 subscribers by 1997. Drudge really rose to fame as he began to report on news before local news outlets even could. He first gained national recognition when he broke the story of Jack Kemp becoming the running mate of Republican candidate, Bob Dole, in the 1996 presidential election.

Aside from being in the spotlight thanks to his contributions to the political realm, Drudge has also been in the media due to speculation around his sexuality. Many wonder if Matt Drudge is gay. If you were to ask him, he’d likely answer with a resounding “no,” but online sources make his answer seem a little less definitive. He’s been accused of making advances towards Alec Baldwin and David Brock, but has denied his homosexuality in a number of interviews. Adding more fuel to the fire, Drudge gifted a $700,000 house next to his own $1.45 million property in Miami last year, to his “longtime housemate,” Juan Carlos Alvarado. Why don’t we have friends like Matt? Whatever the case is regarding his sexuality, it’s clear he’d rather keep it private.

So, Drudge is a Republican political commentator, but what’s the deal with him and Trump? Matt Drudge and Donald Trump seemed to have a pretty good relationship, that is until recently. Drudge was often seen spending time at the White House with the president and his family, and spoke rather favorably about him on his website. However, it seems that just a few months into Trump’s presidency, Drudge is losing patience. Drudge has been speaking a little more critically of the White House in recent weeks, and showing President Trump in a less-than-flattering light. This may seem a little strange to those who don’t follow him—because why would his opinion change so suddenly? If there’s one thing to know about Matt Drudge, it’s that he’s blindly loyal to no one.

A source close to Drudge opened up to CNN about his change of heart. “Drudge may have helped Trump win the White House, but he’s never beholden to anyone,” the source said. “What’s gnawing at him now is that Trump is not following through on his campaign promises — the ideals that helped him win and also brought Drudge’s backing.”

Drudge has a pretty decent Twitter following and has been more active since Trump won the election in January. However, he has a habit of deleting tweets soon after sending them out. Luckily, The Hill caught a few that alerted followers to his increasing dissatisfaction with the president. The site reported that Drudge tweeted on Wednesday that, “Heads Will Roll,” while juxtaposing Trump’s decline in approval numbers.