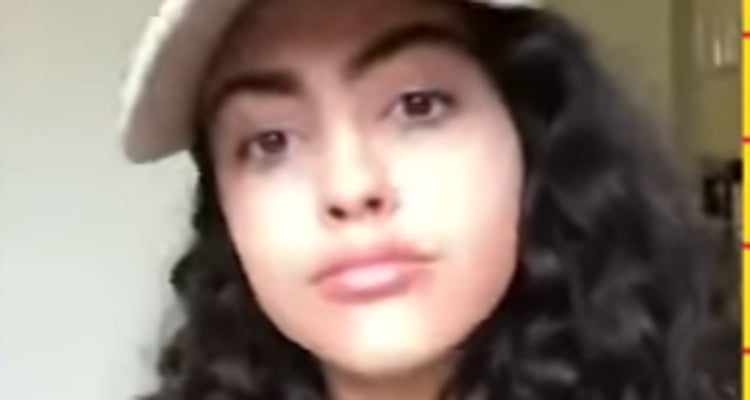 Upcoming rapper, NBA YoungBoy, also known as YoungBoy Never Broke Again, is facing a lot of backlash from both fans and his now ex-girlfriend, Danielle Bregoli and his fans. Apparently, the 17-year-old cheated on Bregoli with Malu Trevejo. Who is Malu Trevejo? Take a look at our Malu Trevejo wiki to find out!

The Internet is a great place to show off your talent. Some people share tutorials on hair and makeup, show step-by-step DIY projects, upload song covers, and more. If you know a thing or two about rapper NBA YoungBoy, who also got his start on the Internet, then you might have heard the rumors following him and an Instagram star. Malu Trevejo and NBA YoungBoy sparked controversy after the rapper shared a picture of the young star on his Instagram with a confusing caption.

There are several videos online that suggest YoungBoy cheated on Bregoli with Trevejo. In fact, one has Bregoli speaking about the allegations. With all the speculation floating around, people have become interested in YounBoy’s other woman, and want to know who Malu Trevejo is. Keep reading for some interesting facts about NBA YoungBoy’s rumored girlfriend.

Getting ready for day2 of my music video shoot this weekend in Bogota, Colombia! #lunallenaMalu To get my looks use my discount code xoMalu @fashionnova

Malu Trevejo’s age is 14, and she was born in Cuba. She moved to Florida with her mother and sister at a young age, where she currently lives and goes to school.

The Internet is truly a great place for someone to make a name for themselves. Trevejo is one of the many people who have become famous thanks to her social media accounts. She already has 3.4 million followers on Instagram thanks to the many pictures she posts in various outfits, and Musical.ly videos of her lip-syncing, which she also posted on Instagram and Twitter.

Trevejo joined Twitter in 2016 and currently has over $23.6k followers. She has had a YouTube channel since 2014, that mostly showcases videos of Trevejo dancing and singing. The young star recently started another channel which has behind the scenes shots, and some vlogs.

Nobody knows for sure if YoungBoy and Trevejo are dating. If you take a look at some of the videos posted by Trevejo on YouTube, she is seen talking about Danielle Bregoli. The two have posted heated videos, talking about beating each other up if they ever meet face to face. Rumors of the rapper cheating started when YoungBoy posted a picture of Trevejo on his Instagram account.

Bregoli spoke about YoungBoy cheating on her on Instagram Live. Both girls have since begun trash talking each other and nobody knows if or when it will stop, or if the rumours are true. If YoungBoy and Trevejo are actually dating, we can likely expect a lot more drama to unfold!

Trevejo is not even 15 and has already taken Instagram by storm. It looks like she idolizes Kendall Jenner, and aspires to be as famous as her one day. She has a long way to go but for now, her focus should be on school instead of social media and the heat surrounding her and her rumored boyfriend, NBA YoungBoy.