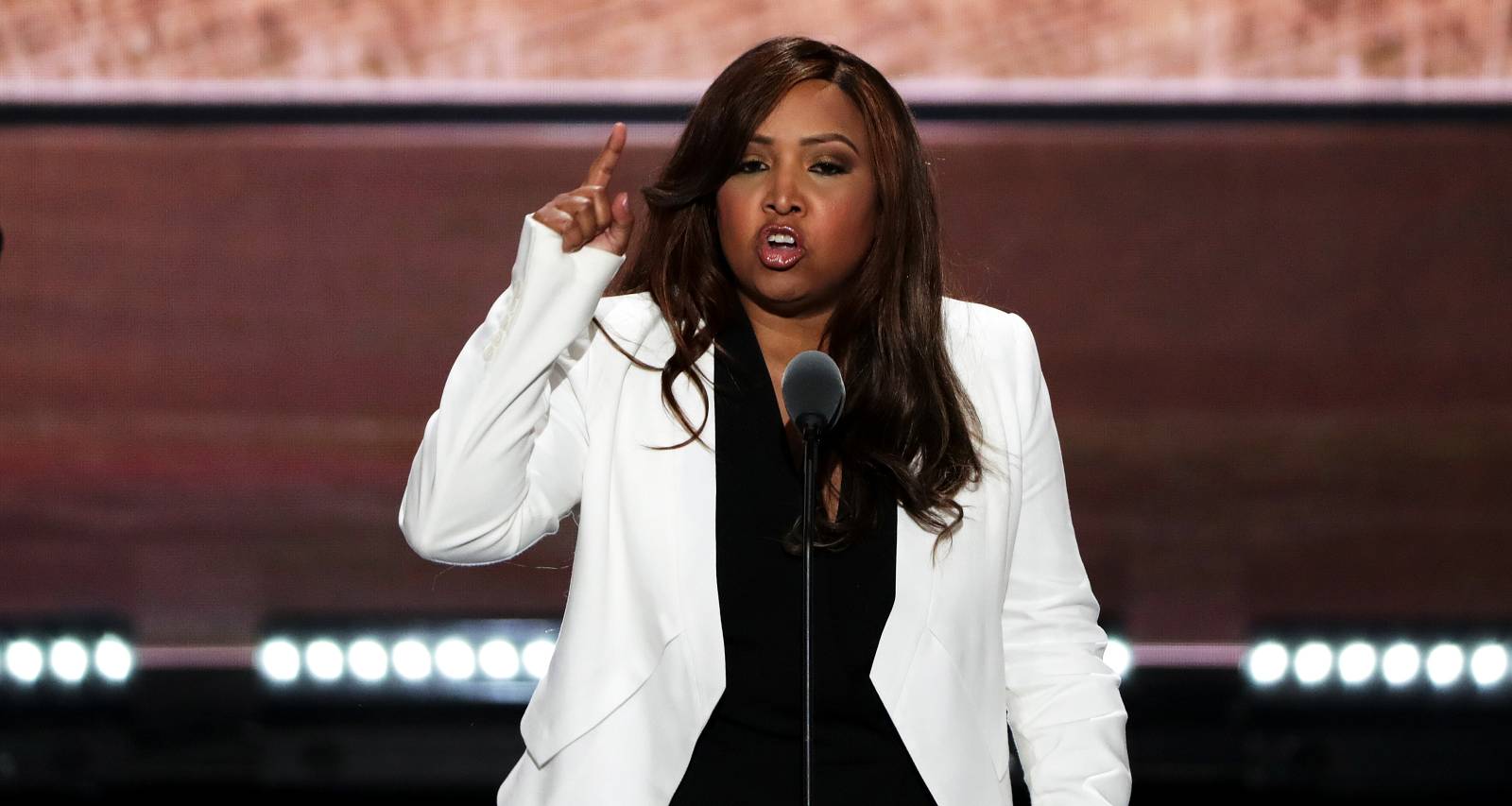 Lynne Patton, Vice President of the Eric Trump Foundation, delivers a speech on the third day of the Republican National Convention on July 20, 2016 at the Quicken Loans Arena in Cleveland, Ohio. (Photo by Alex Wong/Getty Images)

Lynne Patton is causing a lot of stir in the news lately, especially after Lynne Patton’s speech in Donald Trump Republican Convention 2016. Up until now, very fewer people knew about the Eric Trump Foundation’s Vice President, Lynne Patton. If you are wondering who is Lynne Patton and you want to watch Lynne Patton’s video, then stick around because we will provide you with all the details about her.

On Wednesday, Lynne Patton took the world by storm by delivering a speech as one of the RNC speakers night 3, where the theme was “Make American First Again.” The 43-year-old has been a member of Donald Trump’s group since the year 2009. Besides this, there are other things which will answer your question “who is Lynne Patton?” Let’s take a look at these facts.

Who is Lynne Patton

Honored to share the #RNC stage with real #AmericanHero, @marcusluttrell, whom I had the privilege to thank for his service to this great country. ???????? Humbled that he would wish me luck tonight! Hope to make you all proud! #LoneSurvivor #NavySEALS

Lynne Patton is the Vice President of the Eric Trump’s Foundation. She is in charge of planning all the fundraising activities at the Eric Trump Foundation. Patton also helps to maintain a cordial relationship with St. Jude’s Research Hospital. Additionally, she is also a senior assistant to Ivanka Trump, Eric Trump, and Donald Trump Jr. In one of the videos, she said, “The Trump family that I know is, without question, one of the most generous, compassionate and philanthropic families I’ve ever had the privilege of knowing and the honor to call friends.” In the March video, Patton goes on to say, “They have been incredibly loyal to me and to the countless dedicated people they employ around the world – hiring more minority and female executives than any other company for which I’ve ever worked.” She also helped Eric make the decision to donate $20 million to the Eric Foundation Surgery and Intensive Care Unit.

Lynne Patton’s father is from Birmingham; this is one of the reasons why she has Alabama ties. Her father, Curtis L. Patton, has a Ph.D and he is holds the title of Professor Emeritus of Epidemiology at Yale University. Her mother is a former prep school foreign language teacher. Patton has no siblings. She grew up in Connecticut and went South to college. She completed her graduation from the University of Miami with a bachelors degree in Arts. Patton majored in English Literature and Psychology. After completing her graduation, she attended Quinnipiac University Law School for two years.

Lynn Patton is amazingly close to the entire Trump family. In May, she recorded a video “The Trump Family I Know – A Black Female Trump Executive Speaks Out.” She went on to defend Trump’s family against allegations that Donald Trump is a racist. She continued by saying that he hired, “more minority and female executives than any other company for which I’ve worked.” She further added in the video, by saying, “To equate racism with my boss’ call for a temporary moratorium on a flawed immigration system that radical Islamic terrorists continue to exploit, or the construction of an impassible wall to protect our borders from the influx of illegal drugs is incendiary,” Patton says in the video. “It’s only irresponsible and only serves to embolden the very hatred these draconian groups espouse.”

As mentioned earlier, Patton is close to Donald’s entire family. She even considers Eric Trump her brother. She claims she has become a part of the Trump family and is very close to Eric’s wife, Lara. In an interview, she said, “They’ve all become like family members to me – Eric in particular. He is truly the brother I never had and Lara, his wife, has become one of my best friends,” Patton said. “We all go out to dinner together outside of the office and travel together outside the office. It’s just as natural as any other friendships I have.”

After reading the facts about Lynne Patton, we are somewhat convinced that she is an important part of the Trump family. If you want to watch Lynne Patton’s speech, feel free to look at the link below.