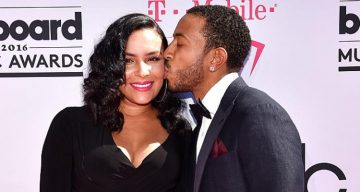 There’s no denying that with a wife as gorgeous as Eudoxie Mbouguiengue, Ludacris is one lucky man. But, there’s so much more to know about the Gabonese model other than the fact that she’s Ludacris’s wife! For one thing, she has a successful modeling career in her own right. She’s also overcome a great deal of traumatic events and adversity throughout her life to get to where she is now. Read our Eudoxie Mbouguiengue wiki to learn everything you need to know about Luda’s leading lady!

With a unique name like Eudoxie Mbouguiengue, a curvaceous figure, and a strong social platform, it’s no wonder that Ludacris’s wife has been attracting a great deal of attention! Aside from being married to one of the most famous rappers and actors in the business, Eudoxie has made quite a name for herself in the modeling industry. But with her fierce fashion sense and unparalleled beauty, but there’s a lot more to her than just her looks. Find out everything you need to know about her in our Eudoxie Mbouguiengue wiki!

Using Her Pain for Good

She may be living an enviably lavish and luxurious lifestyle nowadays, but things weren’t always so peachy keen for Eudoxie Mbouguiengue. When she was a young girl growing up in Gabon, Africa, Eudoxie was the victim of a series of different instances of emotional and physical abuse at the hands of the men in her community. After she officially became an American citizen and moved to the United States, these traumatic and demoralizing experiences inspired her to start her own organization to aid women and young children who were victims of similar types of abuse.

The organization is called Unspoken Angels. The mission statement on their web site indicates that their main goal is to help “support, educate, inspire, and empower” women and children who’ve suffered abuse in the United States and West Africa. Since Eudoxie holds dual citizenship in both the United States and Africa, she works hard to manage her charitable endeavours accurately and efficiently on both continents.

Eudoxie’s Instagram is chock-full of spiritual images, pictures of her daughter, and the extravagant vacations she enjoys with Ludacris and her family. Judging by all of the fun and loving family photos, it’s easy to see that Ludacris is a good father to his three children, two of whom are from a previous marriage. Eudoxie is also a very loving and caring mother to her daughter with Ludacris, Cadence, as well as his daughters with his ex-wife.

In case you’re wondering, Ludacris and Eudoxie met and started dating back in 2009. They were together for about five years before he proposed to her in 2014 during the tail-end of a trip to Costa Rica.

As the story goes, the happy couple were already on the plane heading back to the United States when the words, “Eudoxie, will you marry me?” appeared in blue lights on a field of grass below them, as their aircraft was ascending into the sky!

They were married two short weeks in December of 2014, further proving that Ludacris doesn’t actually embody or believe in the player persona that he portrays to the world. Given everything his wife stands for when it comes to women’s rights and protection, not to mention that he has three daughters now, it makes sense that he’s seemingly changed his tune in recent years. And why wouldn’t he? He’s bagged a truly strong woman!

At just 32 years of age, Eudoxie Mbouguiengue has already accomplished a lot. She has helped different women from all walks of life to get back on their feet, showing them that there’s life after abuse and that they don’t have to let their horrific past experiences define their futures.

With a woman as strong and beautiful as Eudoxie by his side, we’d say Ludacris is one lucky man!