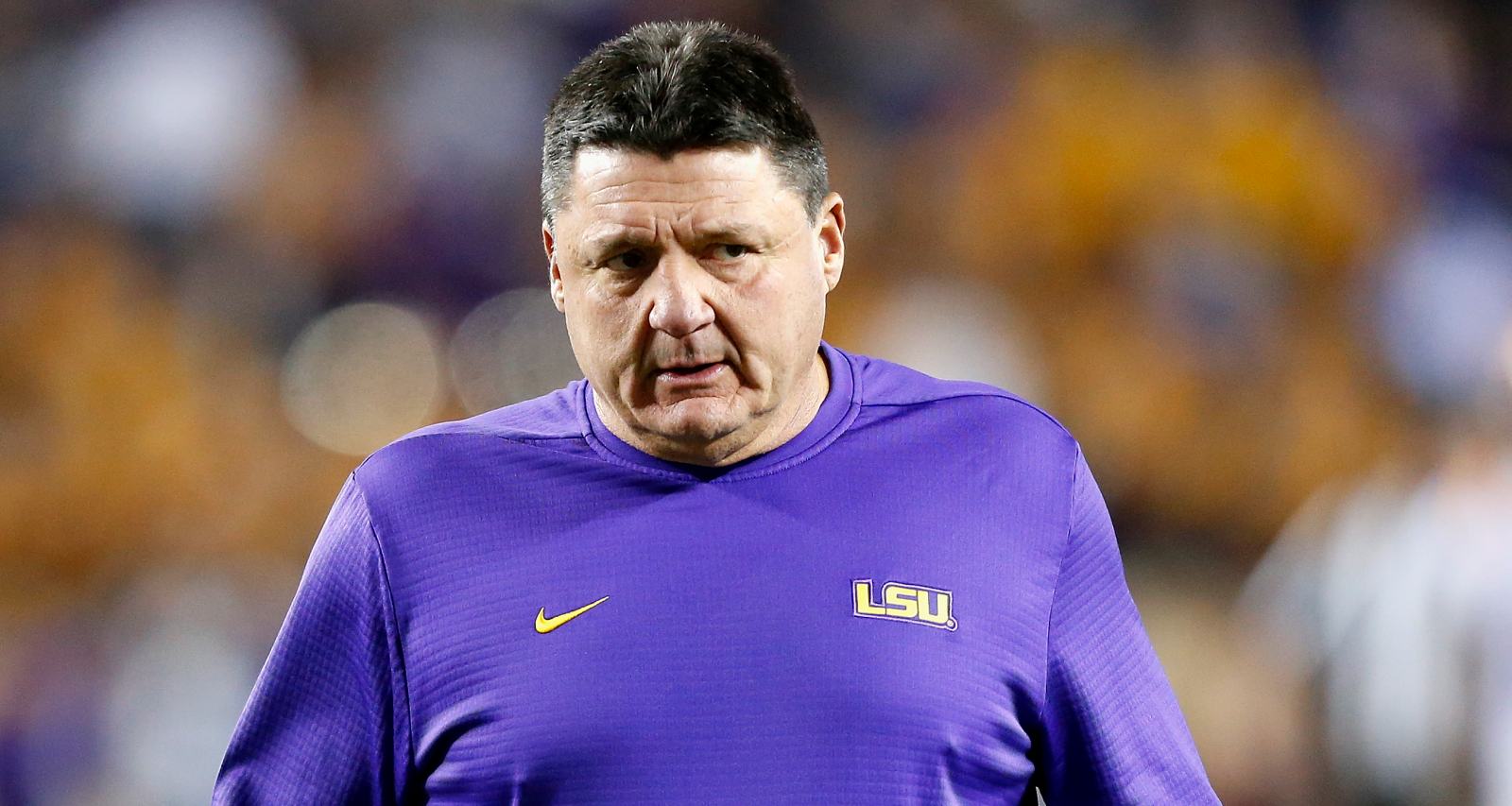 Coach Ed Orgeron of Louisiana State University divorced his wife, Kelly Owens, in early 2020. Since then, the Internet has been keeping a close eye on who the controversial coach is dating next. Some names of Coach O’s speculated girlfriends have floated around the Internet. And recently, pictures of Orgeron with a woman surfaced, sending LSU Tigers fans into a tizzy.

Coach Ed Orgeron was first married to Colleen Orgeron from 1992 to 1994. In 1997, he married Kelly Owens, who became a beloved matriarch of the LSU Tigers.

After 23 years together, Ed and Kelly filed for divorce on February 26, 2020 after separating on February 24.
The coach and his ex are parents to twin boys, Cody and Parker. Kelly has a son, Tyler, from a previous marriage.

Bebe, as the coach is sometimes called, has been romantically linked to a few names online. However, there’s no evidence to confirm those rumors.

But it appears that the coach may have found a new girlfriend. Photos surfaced online of Orgeron with a younger-seeming woman in bed.

Their relationship, though, has been met with a few raised eyebrows. He’s become the subject of some Twitterverse jokes.
While we await some identification on Coach Ed Orgeron’s new girlfriend, take a look at some of the reactions online.

Ed Orgeron at his next press conference pic.twitter.com/gSOFhoRiBQ

Ed Orgeron being investigated for ‘pay for play.’ pic.twitter.com/kD7zgcKcPw

To be honest I expected better. Everyone talks about what a great recruiter he is but now I’m questioning it.

“You can tell a trapper by his furs.” – Ed Orgeron pic.twitter.com/v1ytdB0nqM

Coach O hanging out with a fan, what a great guy pic.twitter.com/din66gdZ9A

Coach O won that championship got a divorce and turnt up pic.twitter.com/MERclfKWMf