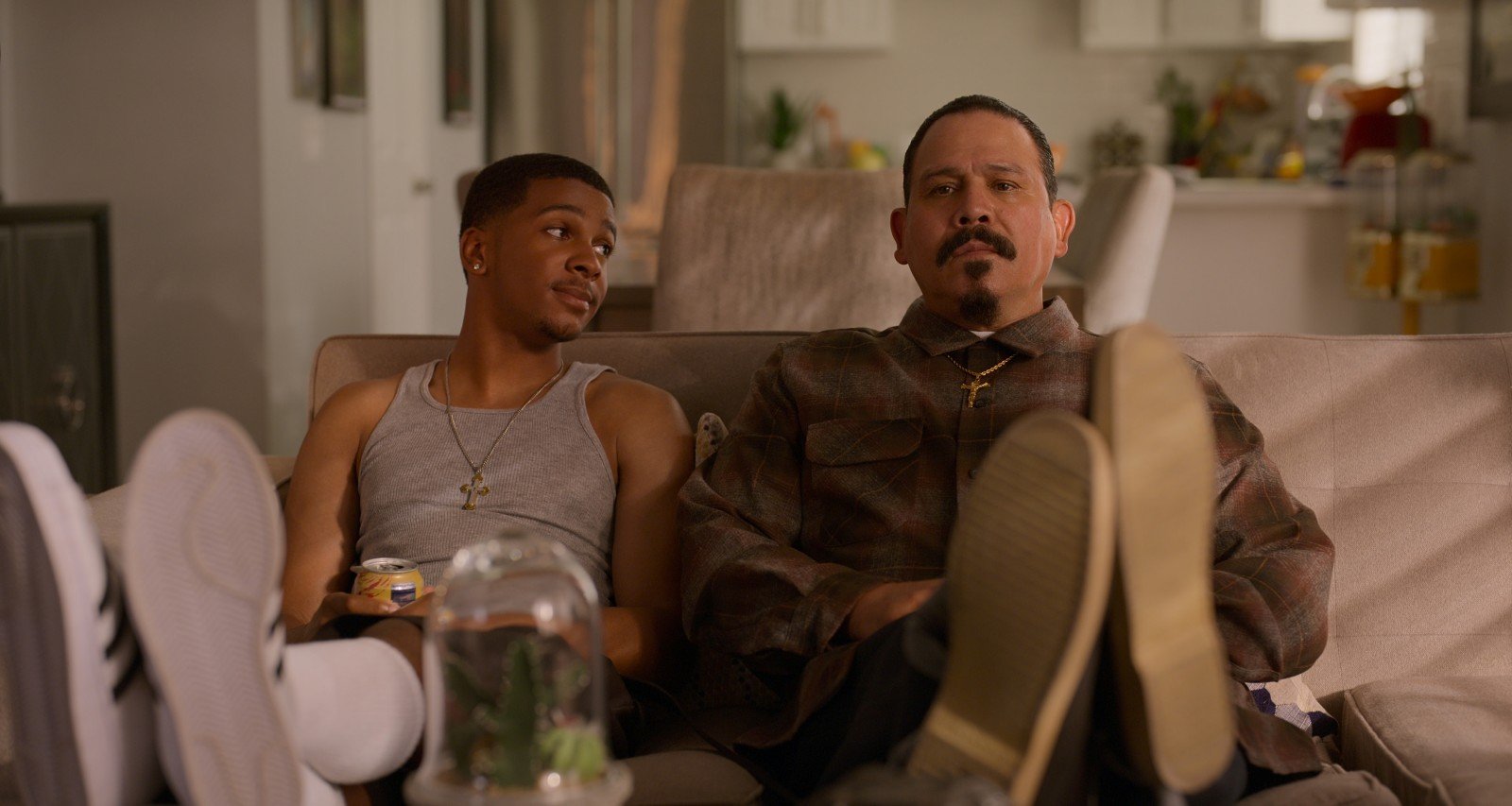 ON MY BLOCK (L to R) BRETT GRAY as JAMAL TURNER and EMILIO RIVERA as CHIVO in episode 408 of ON MY BLOCK Cr. COURTESY OF NETFLIX © 2021

Netflix’s On My Block has a few game-changing characters surrounding the Core Four. Lil Ricky, with his notoriety around Freeridge as one of the people involved in the RollerWorld Heist, goes from a name in passing to a mysteriously important figure in season 3. Just like the Core Four who are reluctantly on a hunt for the presumably dead gangster, On My Block viewers also have no idea who Lil Ricky is. That is until now. Season 4 has answered all our questions by revealing what happened to Lil Ricky. WARNING: For those who haven’t caught up with all the episodes of On My Block, spoilers lie ahead.

The final season of Netflix’s hit teen dramedy On My Block is answering all the burning questions. Most of them center around Lil Ricky.

Lil Ricky is first mentioned in season 1, but back then, he was supposedly dead. Season 3, however, places a lot of emphasis on his character upon the mind-blowing revelation that Lil Ricky is only presumed dead.

Our favorite team of four is coerced into finding and bringing Lil Ricky to current Santos leader Cuchillos, but they don’t know where he is. Season 4 is where Lil Ricky’s story finally unravels.

Who Is Lil Ricky?

Remember when there was a theory that Chivo is actually Lil Ricky? It turns out he is Chivo’s cousin, as is revealed in season 1. The real founder of the Santos gang is Ricardo Galindo, who went by Lil Ricky.

Even Ricky’s romantic escapades reach the Core Four’s attention. They find out that he not only dated Cuchillos, but also had an affair with former TV dancer Rose.

Together with Benito and Frankie, Ricky had pulled off the infamous ‘81 RollerWorld Heist that seems to be a driving plot point for On My Block. The Santos members hid the money, but both of Ricky’s accomplices were caught and later died in jail. Lil Ricky was absconding, but on the show, it is implied that he died 19 months after his accomplices.

Season 3 ends with the startling cliffhanger that Ricky, the only one who knows where the money is, is alive and in hiding. The Core Four—Monsé, Jamal, Ruby, and Cesar—are looking for Ricky, but he seemingly eludes them. The kids have no idea who Lil Ricky is or what he looks like, and end up with more than a few cases of mistaken identity.

What Happened to Lil Ricky?

While the Core Four are on a wild goose chase for Ricky, it turns out they were connected to him all along. Ricky had been hiding in plain sight as the owner of The Farm, a rehabilitation center in Bakersfield.

Fans might recall that Cesar’s dad got a job in Bakersfield. The job is at The Farm, and his mysterious employer is none other than Ricardo Galindo.

He even has an encounter with Cesar, and it was enough confirmation for viewers that this unidentified man is the Santos founder. Towards the end of the series, the Core Four and Ricky have a hilarious heart-to-heart.