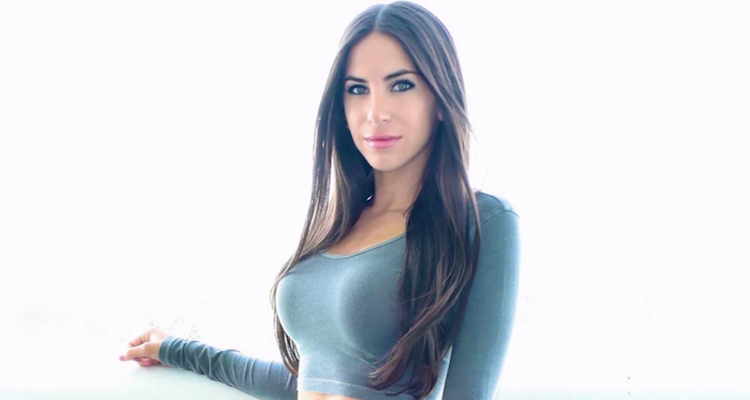 Kristaps Porzingis has been doing some great things on the court, but how’s he doing off the court? After spotting the hot brunette courtside cheering Porzingis on at a recent game, many are wondering if she is Kristaps Porzingis’ girlfriend! Who is the gorgeous bombshell? Her name is Jen Selter and she’s an Instagram model and fitness guru. In this Jen Selter wiki, we’ll take a look at the everything about her. From Jen Selter’s age to her Instagram, we’ll explore everything that we can find about this sizzling young lady!

My sweet babies birthday today . Happy birthday to my best friend my love my life . You and your sister are my everything and I wish a year filled with all your wishes and dreams .. My world @stephselter

Jennifer Leigh Selter was born on August 8, 1993, in Roslyn, New York. Her parents are Jill Selter (formerly Weinstein) and Todd Selter. She also has a younger sister named Stephanie. We are unsure what Jill and Todd do, but know that Jen runs a health, fitness, and lifestyle blog.

Oh, and if you didn’t notice already, the entire family is just gorgeous! When we say the entire family, we mean the entire family. Jen’s mom, Jill Selter may look a little older than her daughters, but she’s just as shredded. From the few photos we’ve found of Todd, he also looks to be in great shape and is rather attractive, with Stephanie being as much of a smoke show as her sister! We even found a picture on Stephanie’s Twitter captioned “Grandmaaa,” which makes it look like even Jen’s grandmother is in really good shape! This is a family that can’t take a bad family photo!

Being a Fitness Model

Happy New Year my loves ? What are some of your resolutions for 2018?!

In 2012, Jen Selter worked behind the desk at her local gym. She began to notice the progress of certain people coming into the gym and was inspired by their work ethic and transformations. Selter than began to work on herself. This lead to her posting photos of herself on Instagram and from there, she started her own website.

Selter’s website covers all of the bases on how she got to where she is. The blog section has tips from Jen Selter’s diet, as well as fitness tips pulled from Jen Selter’s workouts. There is even a four-week guide for workouts to get you started at the gym with a bit of motivation to keep going. If you want more, she also has her own app, which features training tips and workout plans. All of this hard work has been paying off as Jen Selter’s net worth is estimated at approximately $600,000!

As with many attractive female celebrities, the question of cosmetic surgery typically comes up. In the case of Jen Selter’s plastic surgery, she did have work done—but probably not where you think! At the age of 15, she had a nose job. Her original nose caused her to be picked on at school and on her Facebook page. She would use techniques like applying make-up to make her nose appear narrower, or wear padded bras to make her chest look bigger and draw attention away from her face. Finally, she had surgery to make her nose smaller. In Selter’s case, it increased her self-esteem.

But what about her butt? As Sir Mix-a-Lot once said, “Baby got back.” But in Jen Selter’s case, people are incredibly suspicious that her butt may be augmented with implants. She denied that any part of her butt is fake or augmented, but the rumors still persist. (Just take a look at some of her workout videos and you will see exactly how she’s gotten that “badonk!”)

So, if Kristaps Porzingis is just a friend, is Selter dating someone else? As far as we can tell, if she’s not dating Porzingis (at least not officially anyway). Despite the rumors of their online flirting, Selter is reportedly currently single. Last April, she was linked to Big Time Rush star, James Maslow after being seen in Mexico together, but the rumors were never confirmed.