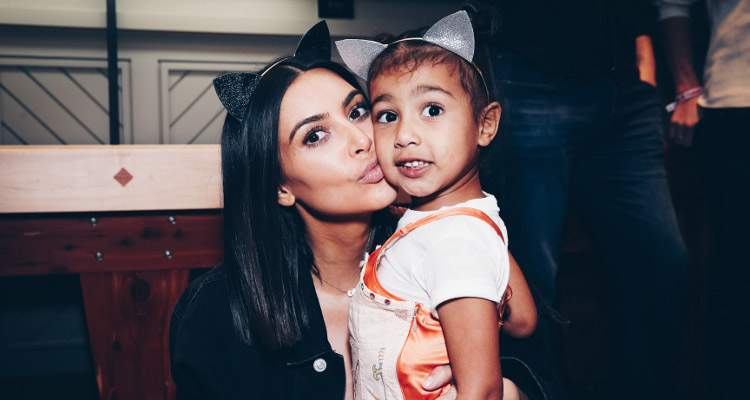 Kim Kardashian certainly knows how to throw a party! The reality star (and mom of two) just threw the sweetest Japanese garden-themed baby shower for baby number three! Kim Kardashian’s baby shower celebrated the upcoming birth of a reported baby girl, and we have all the details about the surrogacy, right here.

Kim Kardashian is all over the news for hosting a wonderful, cherry blossom forest-themed baby shower while her surrogate carries Kim and Kanye’s third bundle of joy. The A-listers who attended the party included Chrissy Teigen, Jen Atkins, and, of course, the whole Kardashian clan. But, who is Kim Kardashian’s surrogate?

While rumors of Khloe Kardashian and Kylie Jenner being pregnant are still making rounds, their big sister just gave the women some serious shower goals!

The baby shower was a huge success. There were pink trees full of cherry blossoms, an extravagant archway at the entrance, and pink delicacies on every plate, including pink donuts and macaroons.

It was reported that Khloe Kardashian is pregnant with boyfriend Tristan Thompson’s baby, while Kylie Kardashian’s pregnancy rumor is still just a waft in the air. But if any of it is true, the Kardashian household is definitely going to have a great 2018!

Who Is Carrying Kim Kardashian’s Baby?

The surrogacy rumors came out in September this year, and then Kim announced that they have opted for baby number three via surrogacy. The surrogate, who wishes to remain anonymous, is said to be a college graduate and a mom of two.

She is reportedly an African-American who is in her 20s, and she is about to make Kim Kardashian and Kanye West the happiest people on Earth. The due date given to the family is sometime in January 2018. And by the looks of the slightly bigger baby bump, there are high chances of her delivering twins!

The happy couple faced a painful truth while Kim Kardashian was pregnant with their first child, North West. The doctors had declared that she had had a miscarriage during the pregnancy and suggested surgery to remove the fetus. But when Kardashian went back to the doctors for the surgery, they found a heartbeat! The baby was very much alive, and healthy, too!

It was only after Saint West that Kim declared she couldn’t have any more babies. “The two doctors that I trust have told me it wouldn’t be safe for me to get pregnant again, I have to listen to that,” said Kim.

So, the best option for the couple to expand their family was to employ a surrogate. It is reported that the woman who is currently carrying their baby was contacted through an agency for her services.

It’s alleged that Kardashian’s sisters, Khloe and Kourtney, and even her best friend, Chrissy Teigen, had offered to be her surrogate. But after careful evaluation, the starlet thought that surrogacy was her best option.

How Much Does Kardashian’s Surrogate Get Paid?

Reportedly, Kim Kardashian’s surrogate cost the couple $75,000, including a fee of $5,000 per extra. The woman was reportedly chosen because West felt that she looked like his wife, and an added brownie point was that she was a huge fan of Keeping Up with the Kardashians.

The 37-year-old starlet had suddenly tweeted asking about a double stroller. This led to a wave of rumors that she may be about to welcome twins!

But the rumor was immediately cleared, when mommy Kim spoke up on social media and posted, “I have two kids [North and Saint] people!!!! LOL.”

On the other-hand, KUWTK has been renewed for five more seasons in a deal worth $150.0 million. And mama Jenner will go home a reported $15.0 million richer, which will be paid to her as a management fee.