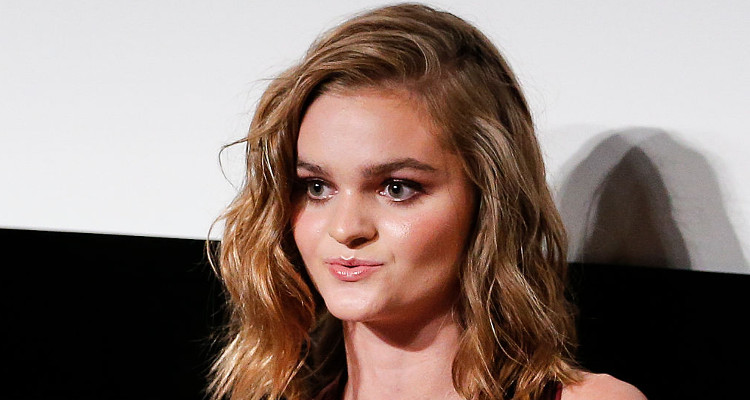 Netflix’s groundbreaking teen drama, 13 Reasons Why has thrust its stars to popularity. One of the protagonists, Dylan Minnette, has become a crush of young girls everywhere. But who is Dylan Minnette dating? We’ve got the scoop!

If you’re wondering whether or not the heartthrob from 13 Reasons Why is single, we’re sorry to burst your bubble. He’s already got a special woman in his life! Dylan Minnette’s girlfriend is a beautiful actress named Kerris Dorsey, and they make an adorable couple. While you may recognize her, there’s a lot of facts about Dorsey that not everyone know. So, we’re sharing Kerris Dorsey’s wiki so you can see for yourself what a rising star she is.

#1. She Started Acting at 5 Years Old

Kerris Lilla Dorsey was born in Los Angeles, California and continues to live in the suburbs there. She has a sister, Justine Rose Dorsey, who has acting credits of her own. Her father, John Dorsey is the founder and owner of the hair accessory company, Lilla Rose. If you noticed, he named the company after his daughters’ middle names.

Her family was never associated with the acting industry until her sister was scouted. “My older sister did a play—we lived in Orange County—and there was a manager in the audience who ‘discovered’ her. She started going out on auditions and at that time I was two and a half,” she said in an interview, “I think [it was] the combination of my older sister doing something that I thought was really cool and that I was a really obnoxiously entertainer-y child. That and I really wanted to do it. I started begging my mom, in what I could articulate to her, to go out on auditions and get an agent.”

Dorsey booked a State Farm commercial when she was five and there was no stopping her after that. She made her big screen debut when she was six in Walk the Line (2005) starring Joaquin Phoenix. After starring in minor roles in film and television, her breakthrough role came as Paige Whedon on ABC’s Brothers and Sisters. Justine even had a cameo in one episode!

She’s now a series regular in Ray Donovan as Bridget Donovan, the daughter of the principle character played by Liev Schreiber. Her other acting credits include Disney’s Shake it up, Mad Men, and the Brad Pitt hit, Moneyball.

#2. She Could be the Next Taylor Swift

The 19-year-old is already accomplished more than many child artists with her expanding resume, and her next step could be to branch out in the music industry! And she’s not without talent! She began playing the piano as a child, but didn’t practice enough. Nevertheless, it taught her to read music. So, her mother signed her up for guitar lessons, instead.

Kerris Dorsey has been playing guitar since she was eight and subsequently began writing music. “It’s more of a songwriter’s medium and it’s also a more of a creative medium in that you learn four chords and you can play so many different songs. From there I started writing really bad music. I’ve written ever since.”

She hopes for a music career singing her own songs one day. But she’d rather not rush it. “To be able to pursue that and put out my own stuff is definitely a goal. I don’t want to put something out that I’m not proud of because I think it’s so easy to say, ‘I’m an actress/musician.'”

Minnette and Dorsey were on the cast of RL Stine’s The Haunting Hour, but didn’t work together. They later starred in the 2014 comedy, Alexander and the Terrible, Horrible, No Good, Very Bad Day, starring Steve Carell and Jennifer Garner. Minnette played the titular Alexander’s older brother in the movie and Dorsey played his sister. While they showed sibling love on-screen, a romance was brewing on set.

Dylan Minnette has been dating Kerris Dorsey since 2014 and many agree they make a cute couple. Their acting credentials are well-matched and he’s a musician, too. Minnette is the lead singer and guitarist for the band, The Narwhals.