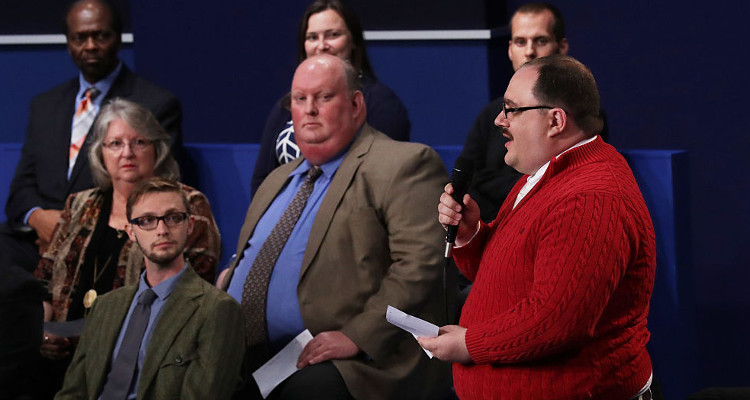 Sunday night’s second presidential debate had a lot more to offer besides Hillary Clinton’s politically-correct answers and Donald Trump’s threats to put the Democratic presidential nominee in jail, while steadily pacing the stage. The surprise element on October 9 was none other than an average American named Ken Bone, who helped soften the blow of the otherwise nasty and contentious presidential debate. Curious voters are wondering, who is Ken Bone? Many want to know more about Ken Bone’s wiki and, more importantly, Ken Bone’s question at Sunday’s debate.

Here are five facts to know about the man who achieved overnight Internet fame, Ken Bone:

#1 He Is America’s New Sweetheart

The undecided voter caught the attention of viewers haplessly watching, as the second presidential debate turned into an ugly war of words. While presidential candidate, Donald Trump fought off sexual assault and tax fraud allegations, his opponent and Democratic presidential nominee, Hillary Clinton faced the music for deleting over 33,000 emails.

Suddenly, the camera cut to an adorable, chubby man in a bright red sweater, who asked a sincere question as an undecided voter. Balding and bespectacled, the 34-year-old gentleman captured hearts all across America with his honest and genuine demeanor. His disposable camera delighted audiences everywhere, after he asked his straightforward and seemingly innocent query on energy policy. 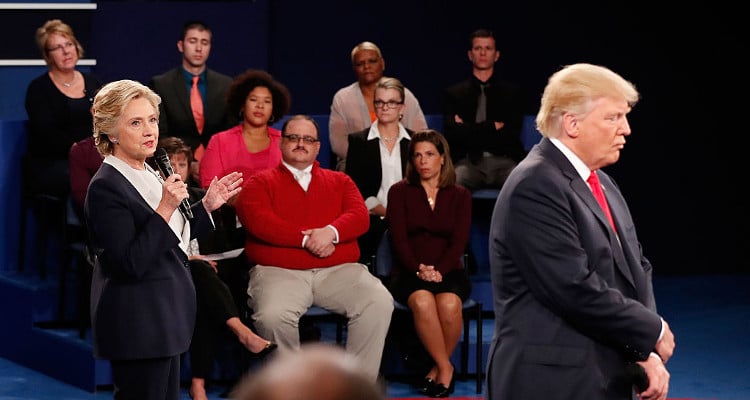 #2 He Is a Coal Plant Operator from Chicago

Ken Bone is an operator at a coal plant in St. Louis, Illinois and asked the question, “What steps will your energy policy take to meet our energy needs while at the same time remaining environmentally friendly and minimizing job layoffs?”. In his ordinary life, Bone spends 12 hours everyday sitting in the control room of a coal-fired power plant. However, viewers found the man himself more interesting than his question. He became an instant hit, with fans making thousands of memes and tweeting about his warm and comfortable red sweater.

#3 He Wore a Red Sweater Due to a Wardrobe Malfunction

In an interview with CNN, Bone admitted that the bright red sweater, which endeared him to the millions of Americans watching the debate, was not his first choice of clothing for his outfit. Apparently, the cable-knit sweater worn over a white shirt was a “Plan B,” due to an unexpected weight gain of over 30 pounds. Bone had originally picked out a “very nice olive suit,” but when he got into his car on the way to the debate, he split the seat of his pants all the way open!

#4 He Has Become an Internet Sensation Almost Overnight!

Since he became the debate-darling, images of Bone’s trademark “dad look” went viral. His spectacles, moustache, bright red sweater and open, friendly demeanor took social media by storm and gained him over 70,000 Twitter followers. A compliment to his wife calling her “hot” has over 7,500 retweets, and Bone has even inspired Halloween costumes and countless memes. He has been flooded with Facebook requests and has been invited to give interviews. Bone even made an appearance on Jimmy Kimmy Live! after the presidential debate. 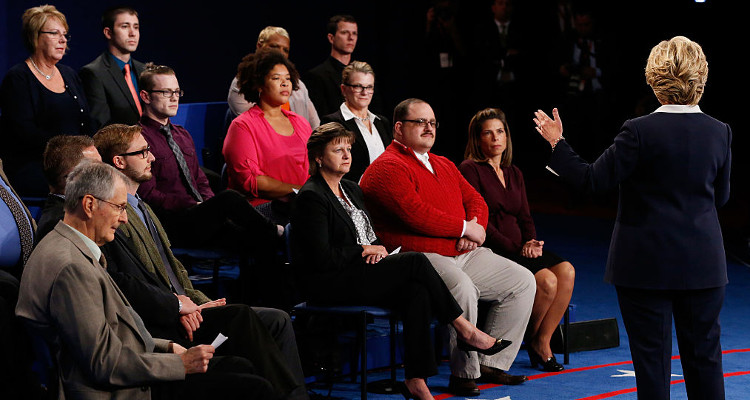 #5 He Is Leaning towards Donald Trump

Previously undecided, Bone has now admitted that he is leaning in favor of the 70-year-old real-estate mogul, Donald Trump. In an interview after the debate, Bone stated that he might be voting for Donald Trump, but that Hillary Clinton “impressed” him with her “composure” and answers. According to Bone, the debate made his decision more undecided now than ever before.