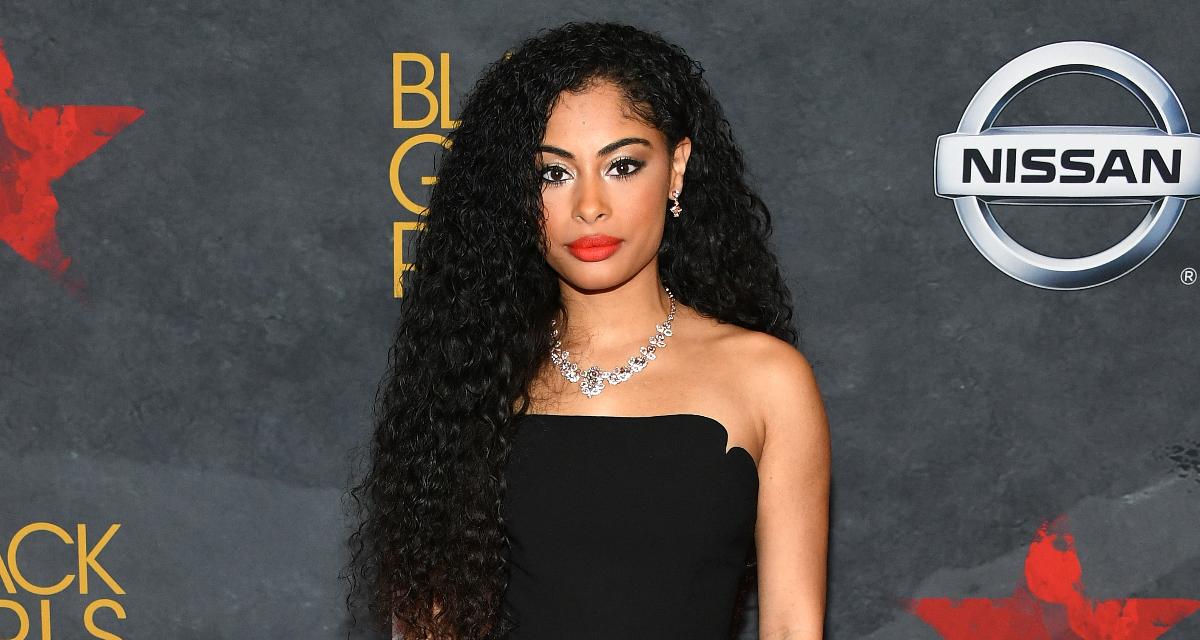 Katlynn Simone developed a passion for singing while growing up and listening to her grandmother’s music collection. At the age of 11, she was taking part in local competitions, singing jazz and blues songs. She got a call from the TV industry and went on to act in several TV series like The Game, The First Family, and The Quad, and she even released some well-received songs. Simone has now made a big impression on audiences after her appearance in season 5 of the hit TV series, Empire. The entertainment industry and audiences expect big things from this 22-year-old star, as she has the potential to become a big name in showbiz.

Fans of Fox’s hit TV series Empire are excited after watching the first episode of season 5, which premiered on September 26, 2018. A young artist named Katlynn Simone appeared on the episode, and has caught everyone’s attention. She looks good and sings like a million-dollar dream!

Now, everybody wants to know who this new girl on Empire is. So, here are some details from Katlynn Simone’s wiki!

Who Is Katlynn Simone on Empire?

She was inclined towards music at an early age, thanks to her grandmother’s love for artists like George Benson, Stevie Wonder, and Gladys Knight. So, she started singing and practicing music and was encouraged by her family to do so.

Simone started taking vocal lessons at the age of 11 and soon began singing jazz and blues compositions for small audiences and in singing competitions. After seeing how talented she was, her family then enrolled her in Houston’s High School for the Visual and Performing Arts, where she studied musical theater.

In 2009, Simone auditioned for The Ensemble Theater in Houston and became one of their youngest cast members. She was only 14 years old and was already a part of sold out shows!

Later that year, she landed a dramatic lead role in a short film called Tryst of Fate made by the Tisch School of Arts at New York University. Her performance was noticed and appreciated, and she found that doors started opening for her in the TV and film industry.

Between 2011 to 2015, she landed a recurring role on the hit BET dramedy series, The Game, and appeared in 17 episodes. Katlynn Simone’s “Beautiful Lie,” her single for the series, scored big among viewers and brought her serious acclaim.

She then appeared in a single episode of a TV series called The First Family in 2013. Even as she was acting in her TV series, Simone was working with producers like The J.A.M. and focusing on her music career.

Her Music Career Got Off to a Good Start

Her first single was “Stuck in the Middle,” and she then teamed up with Houston producer Dan Workman, who had worked with famous artists like Destiny’s Child and Beyoncé. The second single was “Overboard,” which also earned her a lot of critical acclaim.

She appeared on several episodes of the TV series called The Quad from 2017 to 2018. She further shored up her credentials by working in other series like Dr. Ken and Ray Donovan.

She Is Continuing Her College Education

Even though Simone is dedicated and passionate about her showbiz career, she knows that a good education is vital. So, she is studying theater and political science in college even as she works hard on her entertainment career.

When she is not filming on the set or singing in the studio, Simone can be found immersed in her college books.

The “New Girl” on Empire Made a Big Impression

Now, Simone has once again come to the notice of audiences and the entertainment industry, after appearing in the first episode of the hit TV series Empire season 5 called “Steal from the Thief.”

Empire is an American musical drama TV series that centers around a hip-hop music and entertainment company called Empire Entertainment, and the struggles the founder’s family members face as they battle fiercely for the control of the lucrative company.

It seems like Simone will be a healthy addition to the case as she’s already turning heads!

She Is a Multifaceted Talent

Today, Simone is a singer, songwriter, actress, and dancer who is on the cusp of entering the big leagues on the basis of her talent and passion alone. If all these achievements weren’t enough now, Simone has turned director and producer as well. That’s right!

The stress of leaving the house with a red lip is just too much for me. #commitment

She is all set to act, direct, and co-produce a new TV series called Starving Artist. The series is currently in pre-production and is expected to air in 2019.

Simone will also appear in a short film called The Right Thing. Even though the work on this short film started in 2017, it is still in post-production and is expected to release soon.

Audiences and the makers of Empire are expecting big things from the new singing sensation on their show. Given how talented Simone is and how hard she has worked over the years, there is no doubt that she will exceed their expectations.

Katlynn Simone’s height may be only 5’1″, don’t get it twisted; she’s small and petite but is a powerhouse of talent! She wowing people already (on and off the set) in the short time she’s been added to the cast.

And given that she is just 22 years old, Simone has a lot of time to grow and mature into a fantastic artist.

People who want to see some sizzling photos of her should head over to Katlynn Simone’s Instagram account, where she has over 27k followers! It is full of pictures of the beauty herself attending red carpet events, hanging out with her friends, performing at events, and working in the recording studio. There’s even videos of her incredible voice, singing classics like songs from Etta James. Seriously, chills.

There are also pictures of some of her idols like legendary singer Aretha Franklin and Hollywood hunk, Denzel Washington.

A Superstar in the Making

There are some you can just tell are going to be big names in the industry someday. But those who rise steadily to the top work hard and usually don’t get there overnight. And Simone is an artist who has worked hard from the day she decided upon a career in the entertainment industry.

Given her work so far and the potential she has, don’t be surprised to see Katlynn Simone become a bona fide superstar in the near future!