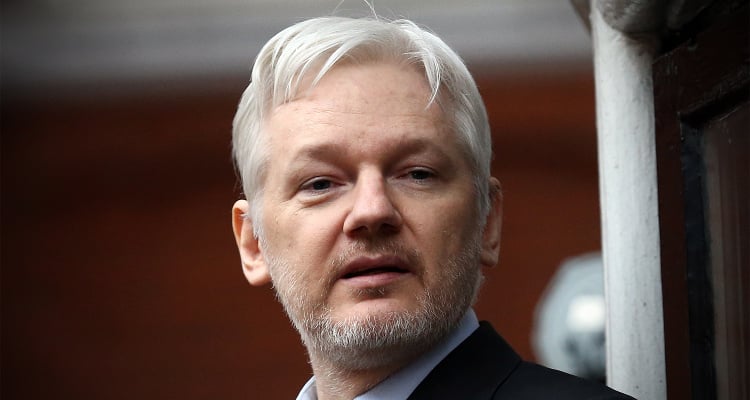 After years of floundering, the U.S. government is finally getting ready to arrest WikiLeaks founder, Julian Assange and bring him to face justice in America. Assange will resist arrest and extradition to prevent being brought back. He has supporters all over the world, which might make it difficult for the U.S. to get Assange to face trial.

Where is Julian Assange From?

Julian Assange is an Australian computer programmer, publisher, and journalist, who founded WikiLeaks in 2006. Where does Julian Assange live? Right now, Assange is in the Ecuadorian embassy in London and has applied for political asylum. Assange also faces charges of sexual assault in Sweden, where he hid in August 2010. While in Sweden, two women accused him of sexual assault, which Assange denied. These allegations resulted in an arrest warrant issued by Swedish police, causing Assange to flee to Ecuador.

Ever since Assange leaked sensitive American documents on WikiLeaks, U.S. authorities have been investigating WikiLeaks and Assange with a view to prosecute under the Espionage Act of 1917, with charges of espionage, conspiracy to commit espionage, theft or conversion of property belonging to the United States government, violation of the Computer Fraud and Abuse Act, and general conspiracy. Assange could be sent to prison for up to 45 years if these charges are proved. On April 20, 2017, it was reported that the U.S. Justice Department prepared to bring criminal charges against Assange and other WikiLeaks members, and would seek Assange’s arrest.

Assange was born on July 3, 1971, in Queensland, Australia, which makes his age 45. Julian Assange ’s net worth is believed to be around $1.3 million, but the chances of it increasing appear low.

People are curious to know if Assange has a girlfriend. There is no confirmation on this, but Canadian actress Pamela Anderson has admitted to being a huge fan of Assange. She even visited him in the Ecuadorian embassy and described Assange as “heroic” and “important.” Unfortunately, Assange cannot set foot outside the embassy, so it cannot be said whether or not they are actually together. Assange was married to a woman named Teresa when he was a teenager and the two had a son named Daniel in 1989. They have since separated, and Assange was the chief care giver for Daniel.

Julian Assange’s relationship with Donald Trump is a messy one. It has been reported that the FBI is moving in to make some arrests in its Russian investigations. After the U.S. government’s public statement of moving in to arrest Assange, rumors surfaced that the Trump administration is trying to protect themselves from allegations that they worked with WikiLeaks to meddle in the 2016 presidential elections.