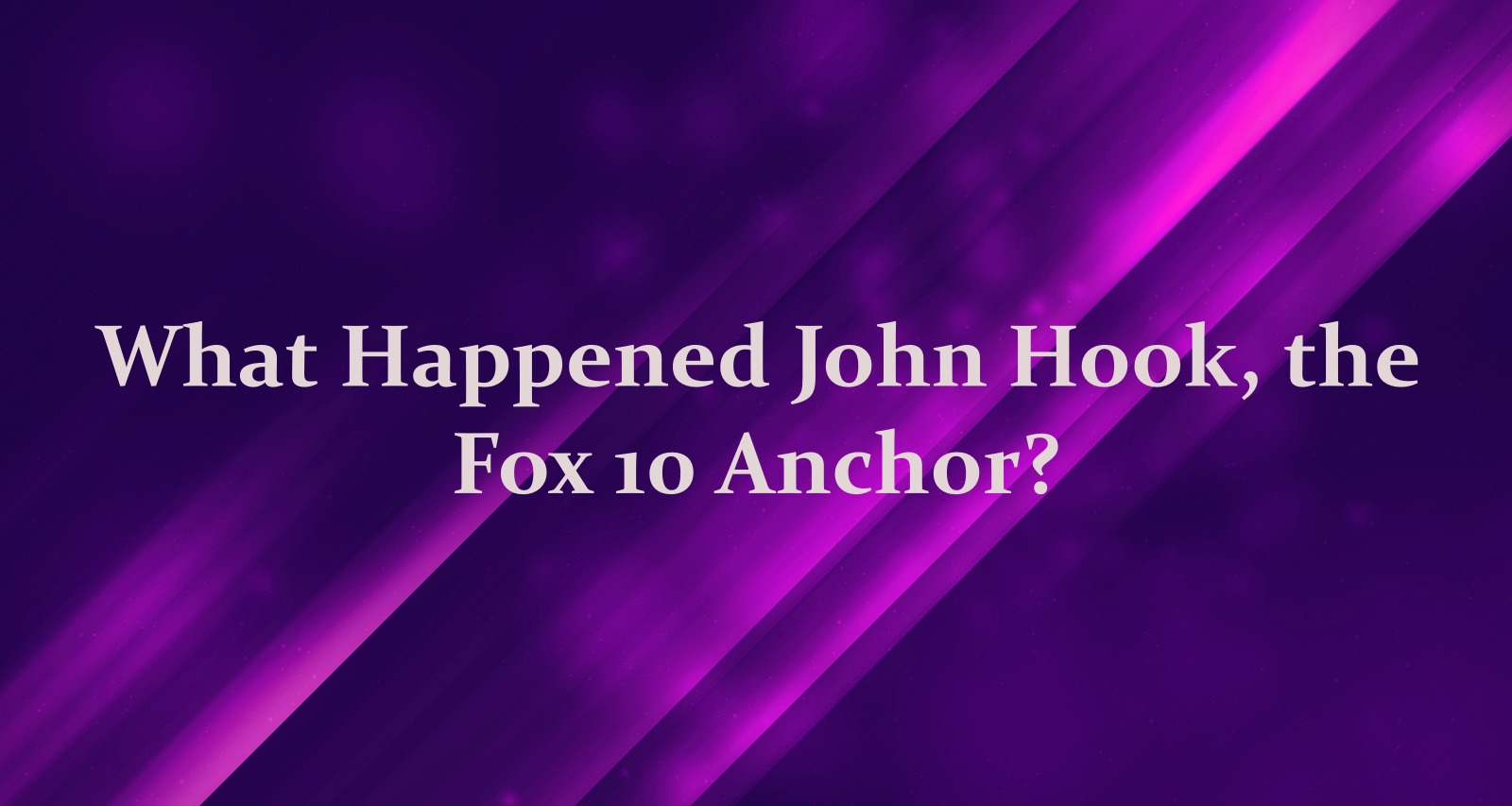 John Hook is synonymous with Fox 10, as he not only anchors three hours of weekday news, but has also been with the station since 1993. Phoenix, Arizona has been watching this Emmy-winning anchor on KSAZ-TV long enough for him to seem irreplaceable. So, his recent absence from his regular time slot has raised a lot of questions. Regular viewers wonder if he is on hiatus or vacation, has quit, or was fired. Fortunately for his fans, Hook answered where he is. We reveal who the news anchor is and what happened to him right here.

Why Was John Hook Absent?

John Hook (reportedly born February 21, 1960) has spent nearly his entire career in Arizona. After he graduated from Arizona State University with a BS in broadcast journalism in 1982, he started his career in radio.

He shifted to television in 1984 with Colorado’s KREX-TV. A year later, he returned to Arizona and worked at KVOA-TV for eight years.

Hook came to Fox 10 in 1993, and has been there ever since. He anchors three time slots’ worth of news on weekdays.

So, when the Fox 10 anchor of three decades was absent from his regular time slot, there were a lot of questions. The regular viewers are hitting up Fox 10 on social media, asking if Hook is on vacation or hiatus.

Fox 10 has not made an official statement, so Phoenix residents in the Twitterverse tweeted at the award-winning anchor on his official Twitter page.

He responded to some of the messages revealing he tested positive for COVID-19 and is currently recovering. He kept his replies short, but nonetheless thanked his well-wishers.

The journalist and author has been married to Gina Salazar since September 4, 2000. They are parents to twin boys, Michael and Kendall, and a girl, Makena.

Gina Salazar is also a television personality, having worked on Fox 10 and KTVK-TV. She is also a former pageant winner.

Their daughter Makena is following in her footsteps as the recently crowned Miss USOA Teen Arizona 2021. She went on to compete for the national title.

Their sons Michael and Kendall are musicians and actors. They have experience working in local stage productions.