Back in 2015, it was revealed that famous Irish YouTuber Jacksepticeye was dating Signe Hansen, a Danish YouTube vlogger and artist who goes by the name of Wiishu. But are Wiishu and Jacksepticeye still dating? Yes, they are! Find out more about Jacksepticeye’s girlfriend with details from Wiishu’s wiki.

Signe Hansen was born in Denmark on April 19, 1995, which makes Wiishu’s age 23. She has a twin sister named Rikke. Wiishu currently lives in New Brighton, England.
Standing five-foot-three with has green eyes, she loves minimalism, plants, and everything monochrome.

Wiishu is a digital artist who was inclined towards art from a very young age. She studied at ISI Dublin and Athlone Institute of Technology.

The 23-year-old has been very vocal about her experiences with depression and anxiety. But Wiishu uses these things to become a better person. When she is sad, she likes to sleep it off and relax.

She once had problems with her belly area and experienced excruciating pain. Doctors found that her appendix exploded, and it had to be removed.

Her first video on YouTube was uploaded on August 14, 2015. Wiishu currently has over 454k subscribers on her channel. She mostly posts vlogs, speedpaint videos, and videos about her relationship. 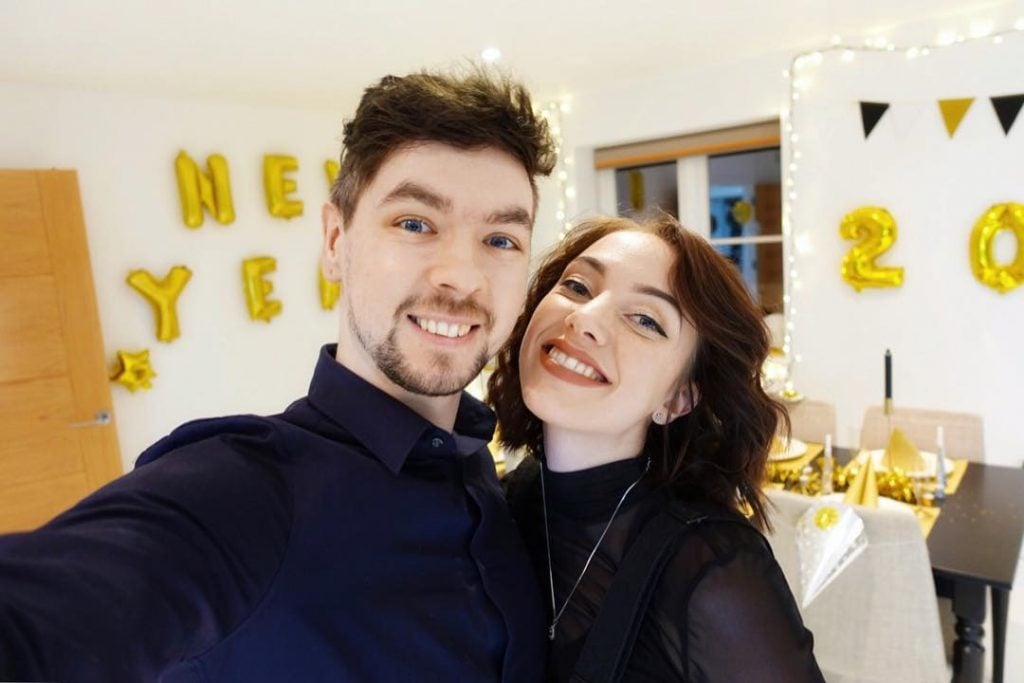 Currently, Wiishu is in a relationship with famous Irish YouTuber Jacksepticeye. Jacksepticeye met Wiishu for the first time on Tumblr, when he asked her if he could use one of her illustrations for a thumbnail on one of his videos for a game he was playing.

According to sources, Wiishu and Jacksepticeye started dating two or three months after he broke up with his Korean girlfriend.

When their relationship became official, his fans were not happy about it. They felt that he belonged with his Korean girlfriend.

In fact, one of his fans accused him by writing on Tumblr that Jacksepticeye is “becoming this YouTuber who pick up girls because they can and have the fame for it.”

Jacksepticeye replied to the post writing, “That is NOT why we got together. I am NOT that guy and never will be. Just because I announced a breakup a short while ago does not mean thats when it actually happened. Im sorry if people think me and Wiishu are ‘bragging’ and it makes them feel certain ways but we’re happy and both just happen to be on Tumblr where lots of people see. [sic]”

He further explained, “I am not with her cos she’s a fan and she’s not with me cos I’m a youtuber. There is soooo much more to it than that that we shouldnt have to say because it’s our business. If you’re not happy about it then that’s fine,I can’t make you feel a certain way but we also shouldnt be made to feel bad for how we feel either. [sic]”

Currently, Wiishu and Jacksepticeye are living together in Brighton, England. They have been dating since 2015.

The blog is all about her thoughts and experiences. She mostly writes about lifestyle, style, fitness, and beauty.

Wiishu also gives tips in her blogs about how you can be an economical shopper and ideas for keeping the spark in a relationship alive.

She is also active on Tumblr, where she displays her art and illustrations.

Taking advantage of her popularity, Wiishu started her own merchandise collection. The website sells T-shirts in different colors like white, black, and pink. All the T-shirts are sold for $24.99 and come in different sizes.