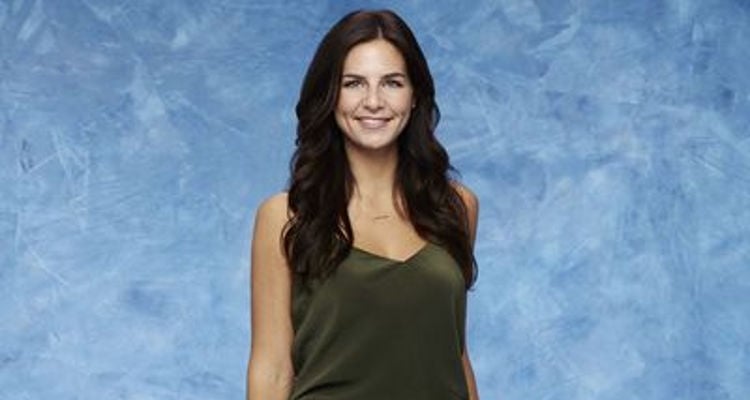 Bachelor in Paradise Season 3 premiered on August 2, and the BiP cast members seem like a fun bunch. The Bachelorette villain Chad Johnson is a contestant on the show, as well, and he hasn’t changed his ways one bit. So, what trouble does he get into on the first night? Also, who gets engaged at the end of Bachelor in Paradise? Sorry folks, we can only reveal so many spoilers! Fans will have to catch the show Mondays and Tuesdays at 8:00 P.M. EST on ABC.

Here are five facts to know about Izzy Goodkind:

#5 She Was On The Bachelor

Isabel “Izzy” Goodkind was previously a contestant on The Bachelor, vying for Ben Higgin’s attention. Unfortunately, she was eliminated on the first night itself. She is best remembered for stepping out of the limo in a onesie!

#4 She Left Her Job for The Bachelor

Goodkind is a graduate of the New England School of Art & Design, and left her job to appear as a contestant on The Bachelor. Alas, she was eliminated by Ben Higgins on the first night and didn’t really get a chance to make her mark on the viewers of The Bachelor.

#3 She is a 25-year-old Graphic Designer

Izzy is a 25-year-old Connecticut native. She impulsively decided to apply for The Bachelor after she was left heartbroken when her serious two-year relationship ended. After getting eliminated on the first night, she went back home to Connecticut to live with her parents, after which she moved to New York.

#2 She Applied for The Bachelor on a Whim

Izzy applied for The Bachelor on a whim, while watching Chris Soules’s season.

When the producers of The Bachelor called her up for the interview, she had completely forgotten that she had even applied as a contestant on the show!

In an interview, Izzy said, “After going through months of applications, and videos, and back and forth, and giving up my job, and leaving my life behind, and for it all to come out beneath me overnight was so overwhelming. That was, I think, the hardest for me, wrapping my head around that I had just gone through so much to get here, and it was over within 13 hours. That was the hardest part for me…I tried not to get upset, but it was emotionally so exhausting.”

BiP stars Isabel Goodkind and Vinny Ventiera, hit it off on the very first night on Bachelor in Paradise. And all we know so far about the 28-year-old Italian barber who vied for JoJo’s heart on The Bachelorette, is that he hates turkey and loves his mom. The question on everyone’s mind now is, “how real is their relationship?” Is it just a stunt for the promotion of Bachelor in Paradise season 3, or have the good-looking couple actually found true love? They look like they could be one of the couples to get engaged this season already! So, are Izzy and Vinny still together after the show or do they break up? Only time will tell!