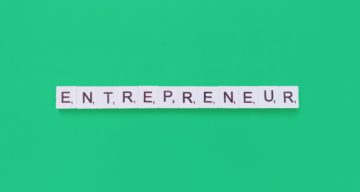 Netflix upgrades our favorite space-improvement genre with Motel Makeover, which premieres on August 25. Best friends April Brown and Sarah Sklash renovate a rundown motel from the ‘70s and launch The June Motel, Sauble Beach in the thick of the pandemic. The six-episode docuseries of their journey brings attention to these ladies’ personal lives as well, especially their relationship history. April Brown’s Instagram reveals she is happily taken. Who is this new Netflix personality’s boyfriend? Ingo Rauth might not be the main star of Motel Makeover, but he’s certainly attracting enough interest. We reveal who he is right here.

Ingo Rauth was born on January 29, 1979, in Germany. He grew up in Frankfurt and has at least one brother whose identity is unknown.

He has lived, studied, and worked in different German cities, as well as in Sweden, the Netherlands, Switzerland, Hong Kong, Spain, the USA, and Canada. Rauth has settled in Canada currently, and acquired permanent residency there in 2019.

Rauth studied graphic and communication design at Design Factory International in Hamburg from 1999 to 2000. In 2004, he attended the Darmstadt University of Applied Sciences and earned a diploma in industrial design in 2008.

Rauth pursued his doctorate soon after, coming to the Hasso Plattner Institute as a PhD candidate. He did his research on design thinking education and innovation management there from 2009 to 2011.

He moved to Sweden to attend the Chalmers University of Technology. He earned his PhD in innovation management and design from the institute in 2015.

Since he was 19, Rauth has aspired to be a positive force in society, and that’s what drew him to design. His early career was in graphic design and front-end web development. But he soon realized that there wasn’t scope for much innovation in that field.

That led him to study and pursue industrial design. During his transition from graphic to industrial, Rauth worked with Tallence GmbH, Christophe Marchand in Switzerland, 3Deluxe, GRO design in the Netherlands, Philips Design in Hong Kong, San Francisco’s Mike & Maaike, and more.

While working with designers and strategists in major companies, Rauth met many smart and innovative minds. He felt that organizations that are stuck in their old ways are not tapping into the potential of these innovators.

So Rauth took on innovation management, and is now a certified coach. He worked as a design thinking coach at Hasso Plattner Institute. His postdoctoral research took him to Chalmers in Sweden, the University of Cincinnati in Ohio, and the University of Toronto in Canada.

He has operated his own company as a career transition coach since 2017. He founded the learning platform School of Becoming in 2020 as well.