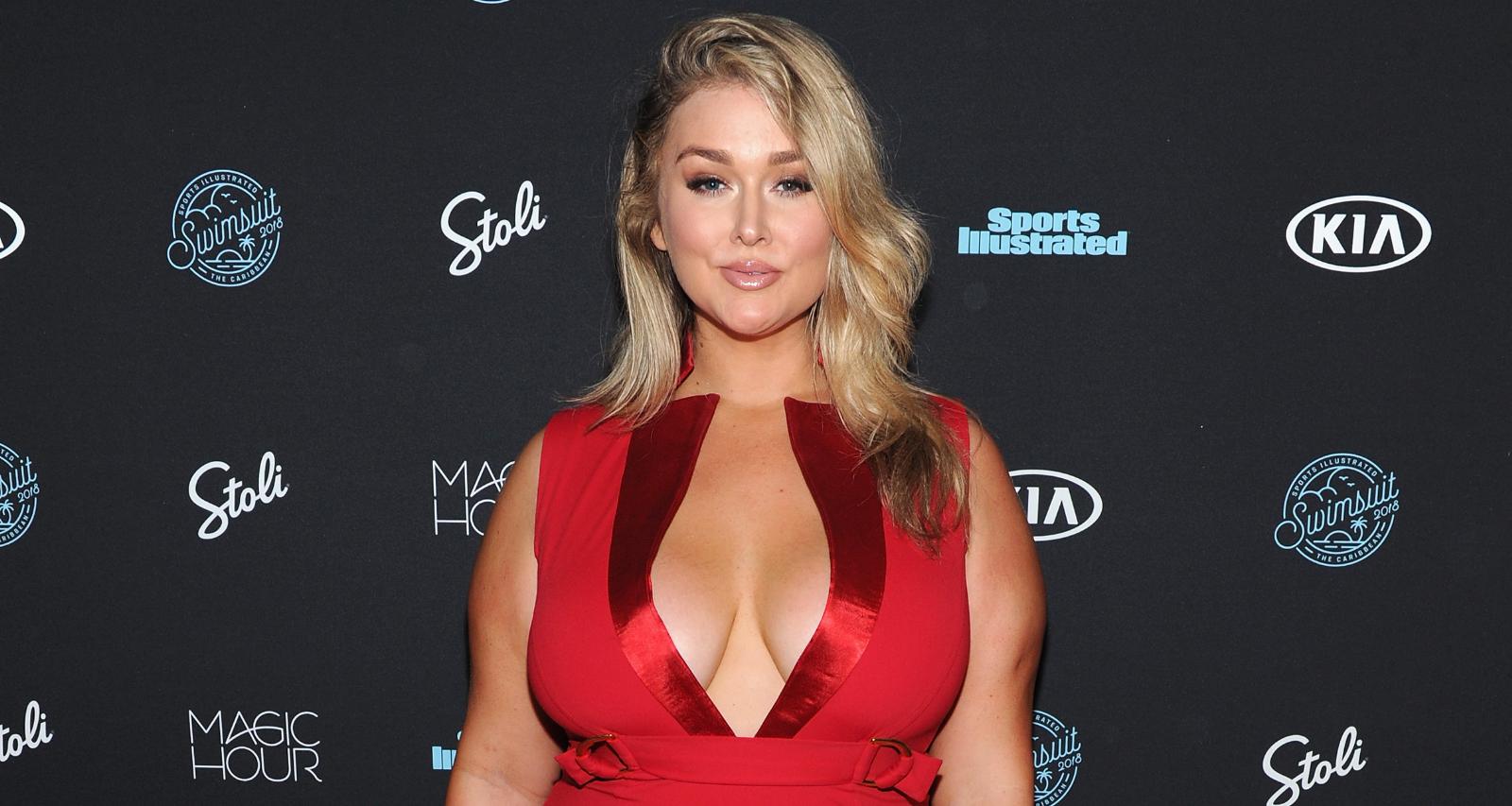 Hunter McGrady is the revolutionary model who’s leading the body-positive movement. The curvaceous beauty has spread the message of body inclusivity to her audience with every one of her Sports Illustrated features. She’s so amazing and inspiring, we celebrate her in our Hunter McGrady wiki.

Her Parents Are Actors and Sister Is a Model

Hunter McGrady was born on May 4, 1993, in Los Angeles, and is 25 years old. She is the middle of three children born to actors, Michael and Brynja McGrady.

Michael McGrady has acted in theater and in front of the camera. He’s best known as Tom Matthews in Freeform’s Beyond and Frank Barnes on Showtime’s Ray Donovan. He’s also an artist whose works have featured in art galleries.

He is currently married to Ilka McGrady, with whom he owns McGrady Fine Art. He was previously married to Brynja McGrady, a former model-turned-actress. Brynja’s last known acting credit was in 1991’s Dream Machine.

Hunter’s older sister, Michaela McGrady, is also a model and body-positive advocate. The YouTuber tied the knot with Martin Hernandez in 2018.

She Was Not Always a Size 16

Hunter began her modeling career at the age of 16, with a size 2 frame and weighing 114 lbs. She had to toil away at the gym for hours and starve herself to maintain her small size.

But as she grew into her body’s natural shape, it became harder to stay thin. “My hips were always the bigger part of my body, and I was already so thin that I couldn’t keep shaving them down. I physically could not. And everyone was telling me that I could,” she recalled, adding that she thought that would be the end of her modeling career.

She was getting fewer modeling jobs and when she went to castings, she’d be told her size 4 frame was too big. The experience was too much for a 16-year-old McGrady. But by 18 years old, she had realized she couldn’t change her body’s form.

She accepted her curves and is now thriving better as a model with a healthy body image than she’d have been as a straight-sized model. With the curve-modeling movement growing, McGrady signed with Wilhelmina Models when she was 20. She started booking jobs with Lucky Brand, Bare Necessities, Lane Bryant, Melissa McCarthy, and many others.

She’s now towering at a height of 5’11” and a size 16. She’s a body-positive advocate on her social media accounts and every platform she has.

Hunter and Michaela created the hashtag #AllWorthy to spread the body-inclusivity message. McGrady prefers the term “size-inclusive” over “curvy” and “plus” because of their limiting definitions. She aims to promote acceptance of one’s body across all sizes.

#flashbackfriday At age 15 I was told by 4 agencies that I needed to lose 3 inches off of my hips to be a model which would have put me at a size 00. I would desperately work out for hours and eat few calories per day, HOPING I could fit the bill. It wasn't until 18 years old, 3 years of insecurities brought on because I thought I wasn't good enough, that I wouldn't measure up! I realized that my body was not built to be that thin. Today, I'm so thankful I'm able to pursue my dream and still promote a healthy body image. He will fill the desires of your heart! Chains are broken! I see it in so many young girls these days who are striving to have a thigh gap, or for their hip bones to stick out, or to fit a size 0. Not everyone's body structure is made like that. Be the healthiest you, you can be. Be active, use the things God provided for you, focus on HIM and Embrace the body The Lord gave you! HE CREATED YOU IN HIS PERFECT IMAGE! You can't deny his sweet creations!

She Is the SI Rookie of the Year

Hunter McGrady’s dreams came true when she was featured in Sports Illustrated. Ashley Graham is the first size 16 model to be on the cover of SI. But McGrady is the “curviest” model to feature in the history of the magazine.

In 2017, she appeared in the SI swimsuit issue as part of the issue’s model search, making history as a size 16 model. However, it was the 2018 issue that marked her debut as a Rookie model. The 2018 issue photoshoot had McGrady posing at a beach in sunny Anguilla wearing body paint, which she says is the “craziest” thing she’s done for a photo shoot.

About being named Rookie of the Year, Hunter said she was “speechless,” adding, “I know what this means to women and men everywhere. Beauty is subjective. Having a curvy girl as a rookie is so powerful, and so awesome.”

She was also part of SI’s “In Her Own Words” project where models expressed themselves through words written on their bodies.

I am WORTHY, I am FEARLESS, I have CONFIDENCE, I am BOUNDLESS, I am RESILIENT, I am POWERFUL, I am ALL ME. I am no longer bound by the chains that society has put on me to fit a certain mold that has been so confining and brainwashing. Thank You @si_swimsuit @mj_day for taking on the “In Her Own Words” Project and @taylorbphoto for creating it. You continue to break the glass ceiling in a world that is so very afraid to do so.

McGrady also has a monthly column, “Hello Hunter,” in SI. In it, she receives questions from her social media followers in her DMs and advises them in the column.

After her first 2017 photo shoot for SI, McGrady realized that there aren’t many trendy swimwear options for her size outside of those SI’s team of professional stylists dressed her in. So she decided to follow in the footsteps of body-positive goddess Ashley Graham and design her own budget-friendly swimwear line for plus-sized women in collaboration with Playful Promises.

She Met Her Fiancé on Snapchat

In one “Hello Hunter” column, where she advised on online dating, McGrady revealed how she met her husband-to-be, Brian Keys. New York native Keys is a single father with an eight-year-old daughter.

He had been on a date with another woman who told him he should follow the social media phenomenon that is Hunter McGrady. Keys followed McGrady on Snapchat and was quite enraptured by her.

When he found out she was in NYC for work, he asked her out on a date. As McGrady advises readers to be open to finding love on the Internet but also to be cautious, she asked him to add her on Facebook first so she could check him out beforehand.

After browsing through his photos and chatting with him, she agreed to go out for drinks with him. They spent her three days in the Big Apple together before she returned to L.A. But their relationship only grew from there.

After more than a year together, Keys popped the question on December 29, 2017, while they were on a date in Central Park. The couple has set June 16, 2019 as their wedding date.

If i lined up everybody in the whole wide world and could choose anybody, I would choose you. Everytime. 12.29.17 #engaged pic.twitter.com/x2hSEl9fE5

She Has Worked in Prison Ministry

Besides being a role model for body positivity, McGrady has other causes close to her heart. She used to work in a prison ministry helping juvenile offenders find a new lease on life. She connected with the teenagers who “didn’t have love or a second chance.”

About the experience, she said, “I’m Christian, and I believe you have a second chance and you have to do right by that. These kids just didn’t feel love or heard, and that was the common denominator. The majority of them were latch-key kids. That was really the common ground. It was a really interesting. What’s even crazier, most of the kids in there, they want to be in criminal justice. They do want to help the world.”

McGrady also spreads awareness about mental health, having suffered from depression and anxiety about her body image. She confessed that she also has days where she doesn’t like something about herself, but doesn’t let that stop her from living. She now works as an ambassador for JED Foundation for Suicide Prevention.

Also Read: Everything You Need to Know about Anansa Sims