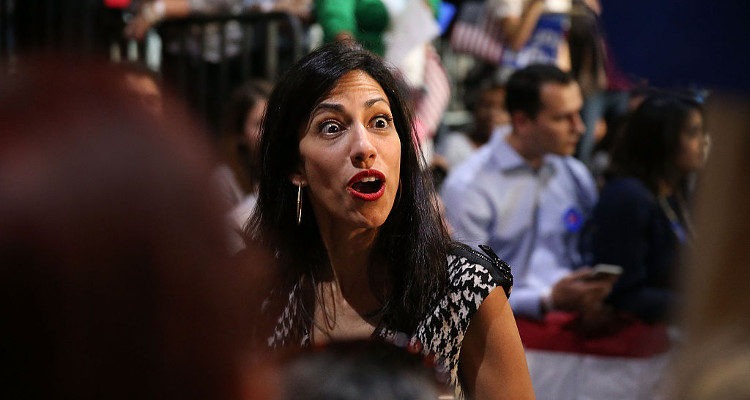 The latest attack fired by Anonymous against Hillary Clinton’s aide, Huma Abedin is very serious. It claims to prove her active links with Islamic organizations, who have been said to perpetrate the tragic events of 9/11. The video claims her family has connections to organizations conducting anti-American activities, while Abedin herself has access to top government documents and papers.

Huma Abedin joined Hillary Clinton’s staff straight out of college, and since then has become one of Clinton’s closest aides. Abedin has been a controversial figure over the years due to her family and her husband, Anthony Weiner. Abedin has weathered many a storm thanks in no small part to Clinton’s unwavering support. The latest attack on Abedin targets her family’s links to organizations believed to be against Western civilizations. The organization known as Anonymous has released a bone-chilling video of Huma Abedin that “every American needs to see.” This Huma Abedin video claims to prove her family’s links to radical Islamic organizations.

This “Who is Huma Abedin?” The YouTube video claims to establish links between Abedin’s family and the Islamic terrorist organizations who were behind the 9/11 attacks in 2001. The video claims that her family is closely linked and currently active with terrorist organizations, whose stated aim is the complete destruction of Western civilization. The video tries to establish that there is a complicated network of people and organizations that are funding Abedin’s family’s businesses.

Is Abedin’s Family a Suspect?

The person said to be at the center of this network is Abedin’s mother, Saleha Mahmood Abedin. She and Abedin’s brother run the Institute of Muslim Minority Affairs. Anonymous claims that this institute is being funded by the infamous organization, Muslim World League of Saudi Arabia. This organization has been earlier accused of providing funds to Al Qaeda in order to carry out anti-America terror activities. The Muslim World League has also been accused of promoting the Wahhabi strain of Islam, which is an extreme religious interpretation of the faith. 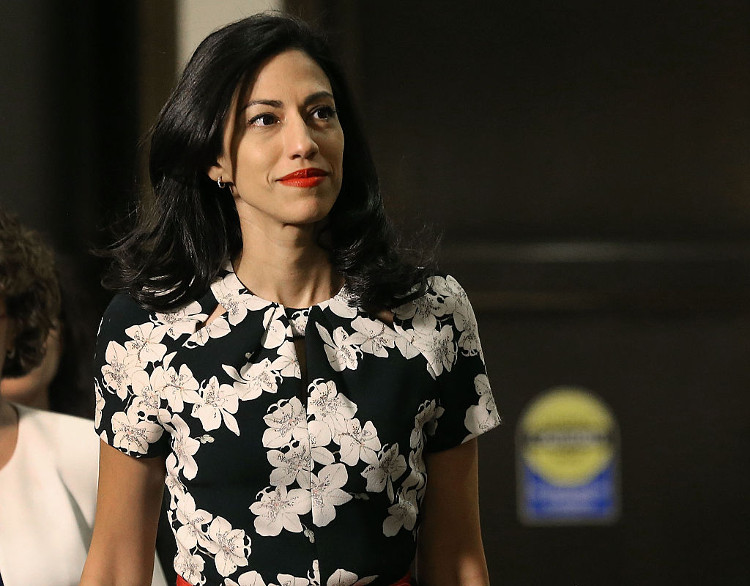 Abedin’s mother has also been accused of being a prominent member of the group, Muslim Sisterhood, which is the women’s wing of the Muslim Brotherhood Islamic group. The video claims that the Muslim Brotherhood’s stated aim is to spread violent jihadism in America. It is further stated that Abedin was connected to these organizations through her family when the tragic events of 9/11 happened. Anonymous questions Abedin’s supposed silence on this issues.

Abedin was working for Clinton in 2001. This video released by Anonymous questions Abedin on her silence about her involvement with these radical Islamic organizations. The group states that it is very dangerous to allow Abedin access to American government papers and documents because of her suspected role in the 2001 attacks. This video also claims that Abedin’s mother has written a book in which she openly supports the subjugation of women in Islam. Saleha Abedin is claimed to be an open supporter of the Sharia laws that suppress Islamic women.

This video claims that Huma Abedin’s family business is against America and has close links to terrorist organizations funded by Saudi Arabia. Anonymous repeatedly asks Abedin to break her silence and answer the questions about the charges made against her family, especially her mother and father. The group claims that Abedin is a danger to the United States and her continued silence is proof of her guilt. It claims that this information is available in the public domain and can be found on Google.

Abedin has not yet replied or made any statement regarding these allegations. She is already in hot water regarding Clinton’s leaked emails. Her husband’s sexting controversy has also caused her embarrassment and unwanted attention. This video by Anonymous has put the spotlight on her again. We do not support or endorse any views or claims made by Anonymous. However, one thing is clear; this video release has put Abedin and Clinton in a tight spot when they least needed it.

If you want to see this video accusing Huma Abedin of being connected to the events of 9/11, you can watch it below: