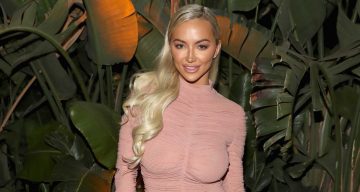 Lindsey Pelas is an Instagram model and has been a brand ambassador for sports supplement company, 1st Phorm since 2013. She is one of the most-searched top models in America and has over 7.0 million followers on the photo-sharing app.

Who Is Lindsey Pelas?

Born on May 19, 1991, the 26-year-old pelts out some drool-worthy photographs as an Instagram model and updates her page on a daily basis.

Lindsey Pelas is a top model, and she is definitely a beauty with brains. She was a treasurer in high school, and the bright honors student went on to Louisiana State University to study art.

Pelas comes from a humble background and grew up with eight siblings (three brothers and five sisters) in the Bayou State. Her parents divorced when she was a little girl, and she grew up in fields and farms (corn fields to be precise). 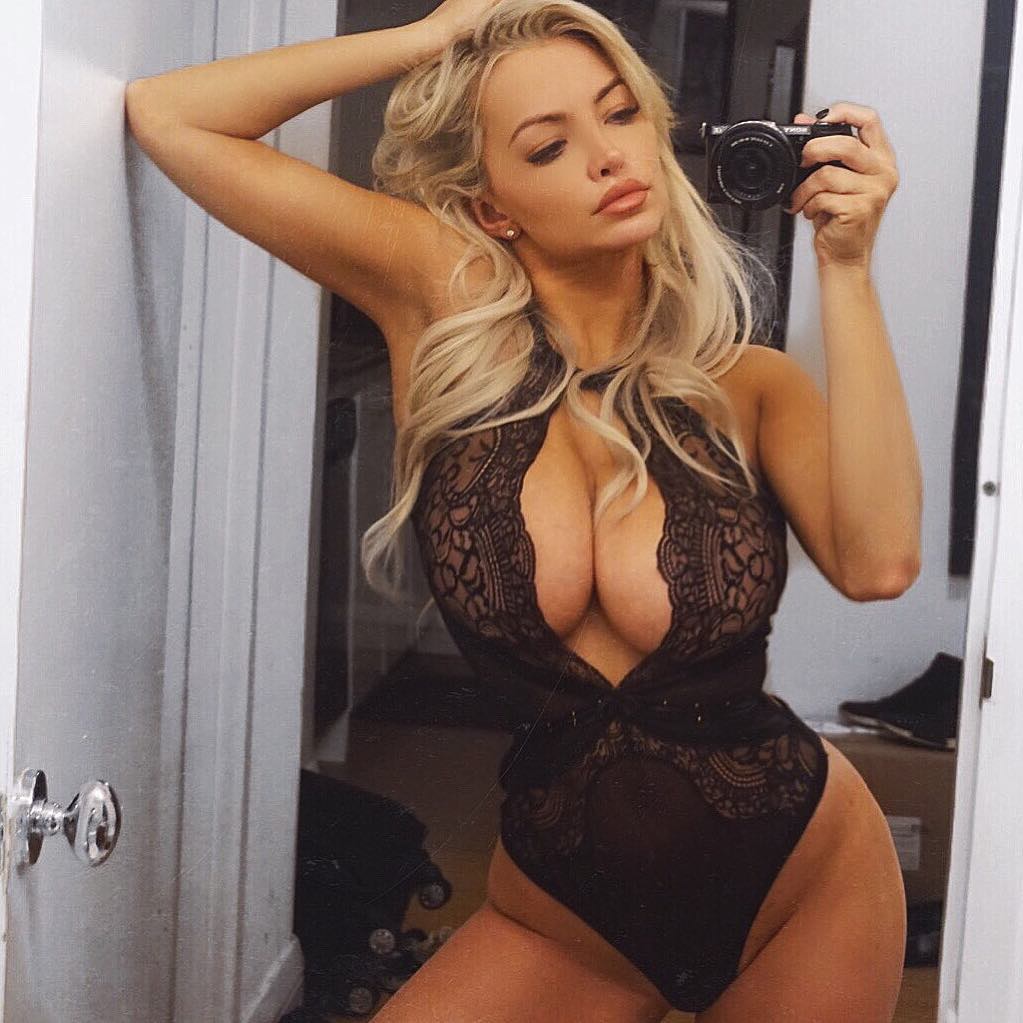 Here Are Some Details From Lindsey Pelas’ Wiki:

The buxom belle moved to California when she realized that she wanted to explore the world, travel, and experience new things.

In an interview, Pelas said that she was “going to bartend, and go to the beach a lot” in Los Angeles. And later, she began dating a man who was famous.

The fame proved advantageous to Pelas. She was invited to many events and parties, along with her beau.

Pelas spoke about her time at the Playboy Mansion, when she first set foot in the iconic building for Halloween party. It had just been four days of her moving to Los Angeles at the time, and she was already approached at the party for modeling.

A man came up to her and asked her if she wanted to meet popular Internet personality Dan Bilzerian. She soon became pals with Bilzerian, and the duo began their journey as work associates. 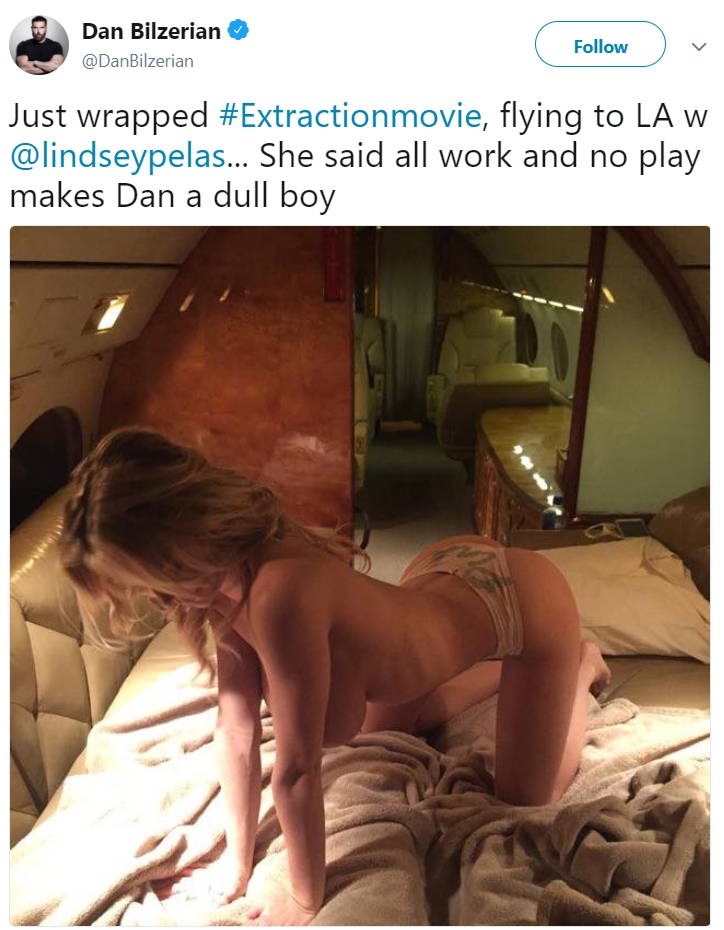 Pelas went to Los Angeles to pursue a modeling career. And it took her not more than two months to establish herself on Instagram with millions following her. She now has over 7 million followers on the photo-sharing app and counting.

It’s no surprise that big names in the industry want to work with Pelas. She has been a Playboy model and appears in various magazines like Cosmopolitan, Maxim, Sports Illustrated, Glamour, GQ, and more!

Playboy magazine named her Playboy Cyber Girl of the Month in May 2014. The picture was taken by photographer Holly Randall, who is a pro when it comes to lurid photography.

For Cosmopolitan, Pelas appeared in a video titled, 11 Big Boob Problems Every Busty Girl Understands, From Instagram Star Lindsey Pelas, where she talks about large breasts.

Pelas’ entire body oozes that extra oomph, but there’s something you can’t miss about this genetically-gifted minx. It’s her eyes we’re talking about, folks!

My Large Breasts Are Causing Me Extreme Pain

Social media star Lindsey Pelas opens up about her 32HH breasts and the back pain that comes with them.For part 2 of this discussion, visit http://bit.ly/2ynV26C.

On an episode of The Doctors, Pelas went in for an orthopedic consultation as she suffered from constant back pain. She wanted to know if her huge breasts were the cause.

It turns out that her spine was A-okay! Apparently, she had constant pain in the back due to the nature of her job, Dr. Hooman M. Melamed explained.

“[There are] zero structure problems and [she has] a perfect spine…all the discs look healthy and [her] balance alignment looks perfect,” Dr. Melamed said in the episode.

Hooray! So no reductions necessary after all. Phew! 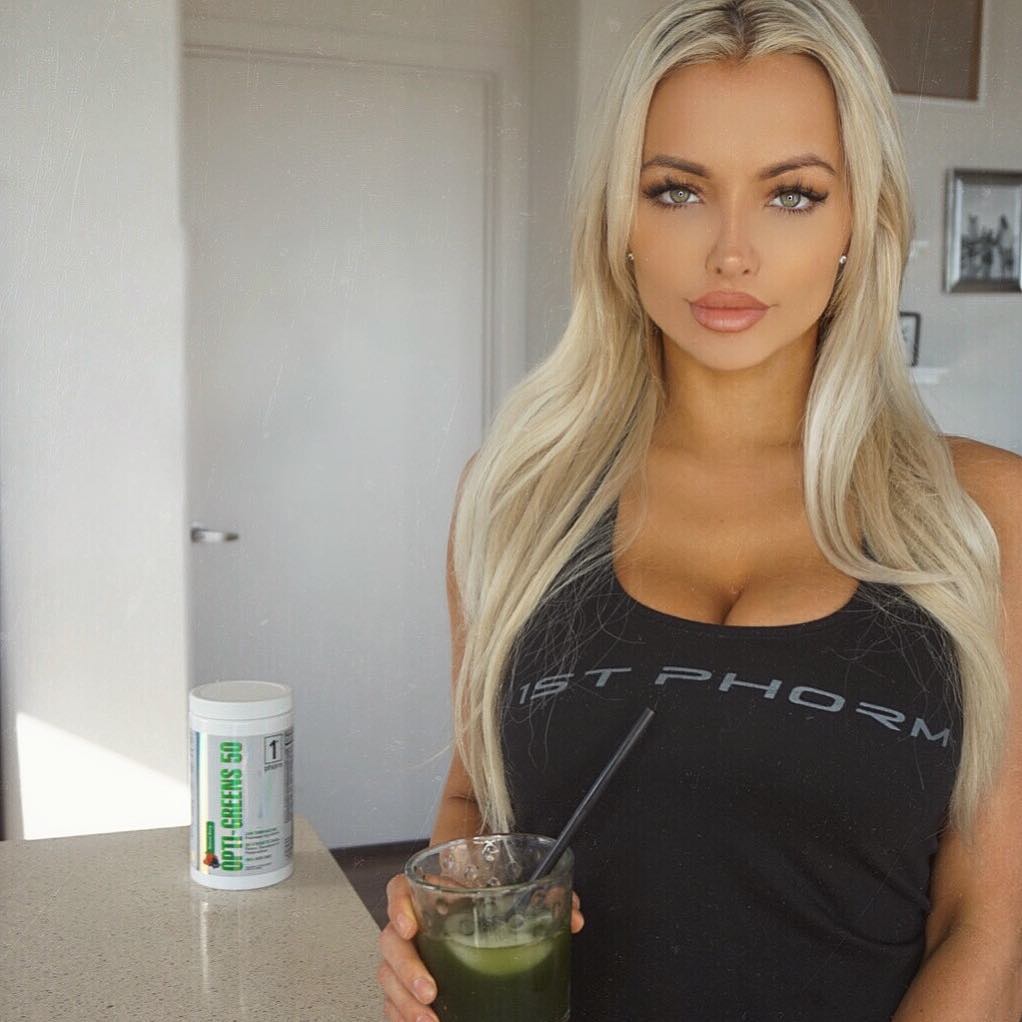 It wasn’t difficult for Lindsey Pelas to land an acting job. She has appeared in projects like Extraction, Englishman in L.A: The Movie, and The Trouble.

Pelas also appeared on TV in shows like TMZ on TV, 8th Annual Babes in Toyland, and Pop Trigger, as well as in videos on the PlayboyPlus.com website.

Lindsey Pelas is an active brand ambassador for 1st Phorm. And when we say active, we mean beasting it up!

Pelas believes in a proper work out-diet combination for a fit body, and she’s probably right. The extensive cardio combined with floor exercises she regularly does help keep her fit body taut.

The model takes vitamins and protein supplements, compliments of 1st Phorm. But she also works up a good sweat at the gym and doesn’t fail to showcase it to her millions of fans. How else would Pelas look that good in those Yeezys, which she modeled for back in January?

Lindsey Pelas’ net worth is estimated at $3.0 million today, which is only going to rise in the future.

Pelas is also associated with giant toy brand, Brodie da Bear. They retail at $100 each and have been endorsed by YouTube sensation Jake Paul. She even helped increase the heat on product sales of Aura Silk Sarees.

The blonde bombshell created a calendar called Nearly Naked, which is more “edgy and cool,” as compared to the sweeter theme the previous year. It is the second calendar Pelas has shot in her home state.

Lindsey Pelas has traveled to places like Mexico and South Africa for her job, and she says that Cape Town is her favorite destination in the world.

Pelas was a Hooters girl while she was in college and revealed that she was picked on during her graduation.

“So I’m just so used to it and I’ve never found the value of nasty comments… I know as a happy person, the last thing I want to do is let someone make me feel terrible,” Pelas said in an interview.

The model has a funny bone in her, too. When she was interviewed by Eric Andre (he interviews a lot of hot Instagram models), she said that being Instagram’s number one “it girl” has a downside to it—low batteries!

Pelas has left her mark on everything worldly. When she posted a picture of herself at the Puma-Hello Kitty 50th anniversary gala, we’re sure every die-hard Hello Kitty fan swooned! And, Puma fans probably went for a run to calm their excitement.

Tosh is a Morkie and simply loves to sit on Pelas’ lap. He’s featured on Lindsey Pelas’ Instagram page quite a lot of times, too.